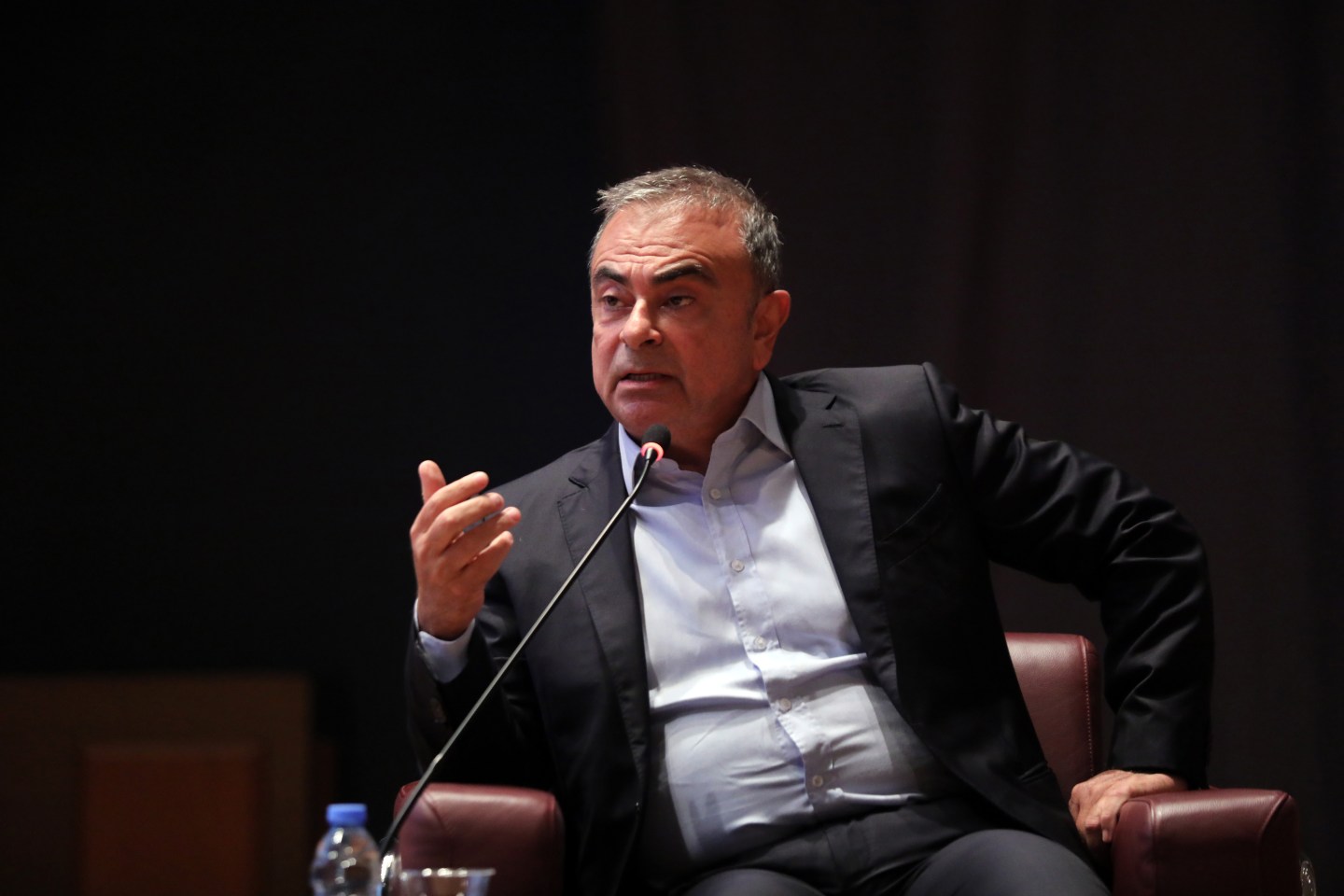 Carlos Ghosn, once one of the brightest stars in the automotive industry, forged a global behemoth during his years running Renault and Nissan. Now his empire may be crumbling, if the Japanese carmaker gets its way.
Hasan Shaaban—Bloomberg/Getty Images

Fugitive tycoon Carlos Ghosn once held together a global automotive empire that spanned Europe and Asia through the sheer force of his own will.

Like a modern-day Alexander the Great, however, the behemoth he helped build into the world’s third-largest carmaker by vehicle sales may slowly be crumbling following his shock 2018 arrest and subsequent flight from Japanese justice.

Under his leadership, the former acquired de facto control over domestic rival Mitsubishi Motors, while the latter went on to become the largest carmaker in Russia through its acquisition of Lada brand owner AvtoVaz.

He was considered one of the industry’s most dazzling CEOs, with a following comparable to GE’s Jack Welch in his heyday. Famously Ghosn even had a Japanese manga comic book dedicated just to him.

On Monday, however, news media including the Financial Times and Bloomberg reported the Japanese carmaker will tell Renault, its largest shareholder, to slash its stake from roughly 43% to just 15%—the same size Nissan holds in its French associate.

The speculation comes weeks ahead of a key investor day on Nov. 8, when Renault CEO Luca de Meo will present his latest strategy update.

This could include carve-outs of its EV business from its combustion engine operations, much like Ford has done.

“What could come out of this is an agreement for a planned sell-down of the stake, and I think that would be very well taken by the market,” said Jefferies auto analyst Philippe Houchois.

Renault could not be reached for comment by Fortune, but it has told U.K. motoring magazine Autocar that the senior officials from the two companies will discuss “structural improvements to ensure sustainable alliance operations and governance.”

The news comes at a sensitive juncture for the industry. Recessionary headwinds and an easing chip shortage mean demand could drop just as more supply hits the market: a toxic combination for corporate margins.

At the end of September, UBS cut its estimate for global light vehicle production in 2023 by roughly 3 million units to 82.6 million, and has now downgraded the recommendations for a number of carmakers, or OEMs, including Ford, General Motors, Volkswagen, and Renault.

“We think it will only take three to six months for the auto industry to end up in oversupply, which will put an abrupt end to a three-year phase of unprecedented pricing power and margins,” it wrote on Monday, warning manufacturer profits will likely halve in 2023.

Renault and Nissan once worked together to split development costs, share technology, and sometimes even build their vehicles in the same factories.

It was hailed as one of the few automotive alliances able to successfully merge two very different cultures after failures that included Mercedes-Benz and Chrysler, BMW and Rover, as well as Ford and Volvo to name just a few.

But that was largely due to the influence and standing of Ghosn, who is credited—some experts say unfairly—with turning around the loss-making Japanese carmaker in just one year when he was dispatched by Renault’s then-CEO, Louis Schweitzer, in 1999.

Following Ghosn’s arrest on accusations of fraud, embezzlement, and misappropriating corporate funds, cooperation between the French and the Japanese allies largely ground to a complete halt.

Ghosn, who mounted a spectacular escape right out from under the nose of Japan’s police and is currently sought by Interpol, has denied any wrongdoing and argued the goal of his arrest from the outset was to break up the alliance.

Were the French carmaker’s stake in Nissan to drop below 40% as the latter reportedly demands, this would finally mean it could exercise its Renault votes in a shareholder meeting, as the Commercial Code of France bars Nissan currently from doing so.

Unwinding Renault’s influence is tricky politically, however, as France holds 15% in Renault.

President Emmanuel Macron was a key player in securing greater influence for the state when he was serving as economy minister under his predecessor, François Hollande.

Should Renault agree to sell most of its holdings in Nissan back to the Japanese company, it could either introduce some stability by restoring Nissan’s lost trust in its partner or hasten the collapse of the dysfunctional alliance altogether as momentum in favor of a breakup builds.

Jefferies analyst Houchois said it almost doesn’t matter at this point how Renault would structure a deal, since relations have been at an impasse ever since Ghosn’s arrest.

“Anything like this that unlocks a situation that has become frozen is positive,” he said.