Taylor Swift is a business genius, and her new album ‘Midnights’ proves it 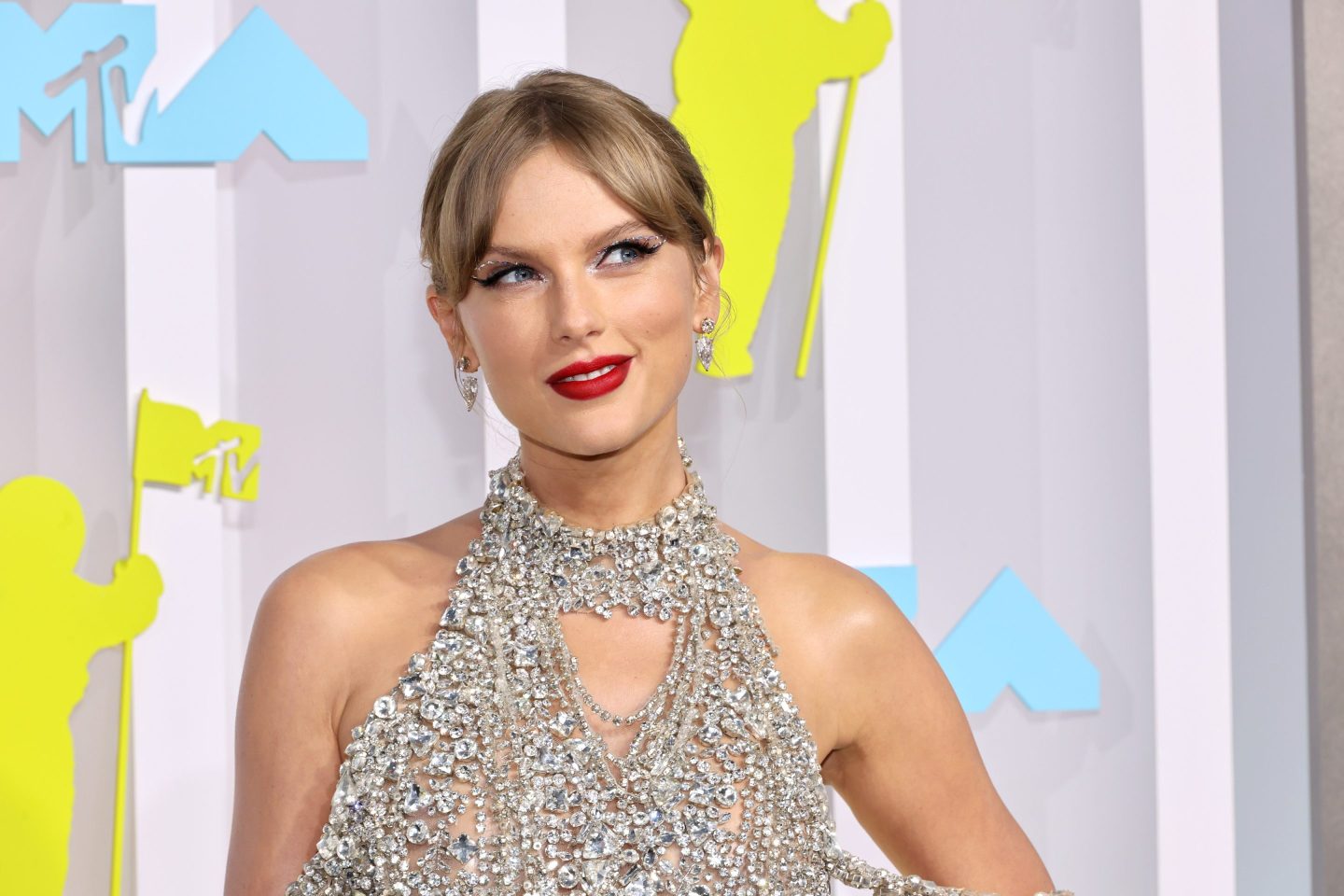 Taylor Swift’s new album Midnights will be released on Oct. 21—and her promotion, announcements, and merchandise prove she’s a business and marketing genius.

Swift’s own videos announcing the track names one-by-one after pulling a ball out of a bingo machine have amassed more than 83 million views on TikTok. Her album announcement post received 8 million likes on Instagram. Thousands of fans are posting their theories for the hidden meaning behind her outfits, accessories, and word choices.

The buzz around her 12th album release proves Swift isn’t just a great songwriter: She’s an unparalleled marketing genius. Her promotional savvy has already made her one of the best-selling recording artists of all time. While many artists follow a tried-and-true playbook—social post, press junket, tour—Swift employs an ever-changing burlesque act of selectively revealing details while maintaining an aura of mystery and excitement.

Her strategy contains marketing lessons that go beyond the music and entertainment industries. Like Ryan Reynolds’ advertising success following Deadpool, companies and CEOs could undoubtedly benefit from studying her promotional playbook.

“Taylor Swift is one of the most polarizing main stream pop artists out there. People love her or hate her,” Jeetendr Sehdev, a branding expert and bestselling author of The Kim Kardashian Principle: Why Shameless Sells (and How to Do it Right), tells Fortune. “When you get that extreme on the Richter scale, you don’t just have fans you create fanatics. Those fanatics have a level of dedication that is beyond anything you’ve ever seen. It’s something else.”

Nearly two decades ago, Swift emerged on the scene as a Nashville native country singer. Cowgirl hats, boots, and big hair were a big part of her personal style.

Since then, she’s reinvented herself many times. There was the glamorous 1989 era, in which she performed at the Victoria’s Secret Fashion Show and surrounded herself with supermodels (most notably Karlie Kloss). For 2017’s Reputation, she adopted an edgy persona with all-black outfits and songs like “I Did Something Bad.”

The Midnights era leans into a dreamy, mystical vibe, evidenced by tracks with names like “Lavender Haze,” videos shot under dim lighting, and a collaboration with songwriter Lana del Rey.

These savvy image shifts keep her fan base interested, while strategic collaborations can broaden her fan base and critical appeal.

In her 2020 Netflix documentary Miss Americana, Swift spoke of the pressure she feels to constantly reinvent herself.

“The female artists I know of have to remake themselves, like, 20 times more than the male artists,” Swift said, “or else you’re out of a job.”

Swift has mastered this skill, which is crucial in the digital age, management expert André Spicer noted in The Guardian.

“In our digital economy, being interesting is a valuable asset,” Spicer writes. “Our leisure time has become an endless quest to curate the perfect palate of interesting friends, experiences and objects to share through our social media feeds.”

Swift has managed to do this while still remaining authentic and true to herself, Sehdev notes.

“Taylor’s strategy has always been to remain as true to her roots as possible. She’s definitely shifted from country to pop but she’s kept that sensibility that her day one fans have loved so much,” Sehdev tells Fortune. “She continues to appeal most to a particular demographic.”

She employs one of Marvel’s smartest tactics

It’s a similar tactic used by the hugely successful superhero franchise Marvel, such as in Thor, when Dr. Selvig references S.H.I.E.L.D. from The Avengers. Fans frequently Google these references, seeking to understand more.

“Taylor’s calling back to past songs is a smart move. It’s a reminder to her old fans that she’s no newbie and she’s been around for a while,” Sehdev says.

Using easter eggs works “marketing wonders” for artists and franchises because “consumers love the feeling of accomplishment when they figure out a puzzle, writes Ian Ausdal at WIUX.

“To find answers, they search for clues in artists’ past works, which increases streams and sales for older releases, marketing them to the public in a new light. This leads to the growth of an artist’s fanbase,” Ausdal writes. “As fans work together to sort out clues, excitement about the artist spreads to people who were originally unfamiliar.”

Before Evermore’s release, Swift styled her hair in a French braid and used tree emoji, which were later revealed to mirror the styling of the album. The simple act of tweeting red heart emoji led fans to surmise that her re-release of Red would be her next album.

By using this tactic, Swift has trained her fans to look for the hidden meaning behind every red carpet appearance or social media post.

Swift’s merchandise goes beyond the typical T-shirts and keychains.

She recently revealed how the four separate vinyl editions of Midnights form a clock. This detail thrilled fans—and will probably drive album sales higher as they clamor to buy all four editions.

In the past, she’s released everything from dish towels to opal earrings promoting her albums and songs. Fans rave about the quality and design of her pieces, which quickly sell out.

“Sure, working with brands like Apple Music, Elizabeth Arden, and Diet Coke feel like no-brainers,” Ming writes. “But it takes a certain amount of marketing ingenuity to make campaigns with NCAA Football, United Postal Service, and Papa John’s work. Yet they all did.”

Swift and her team, most notably publicist Tree Paine, have likely already succeeded in making Midnights a great success. Nearly two decades into her music career, Swift’s savvy marketing strategy will likely cement her renewed success for years to come.