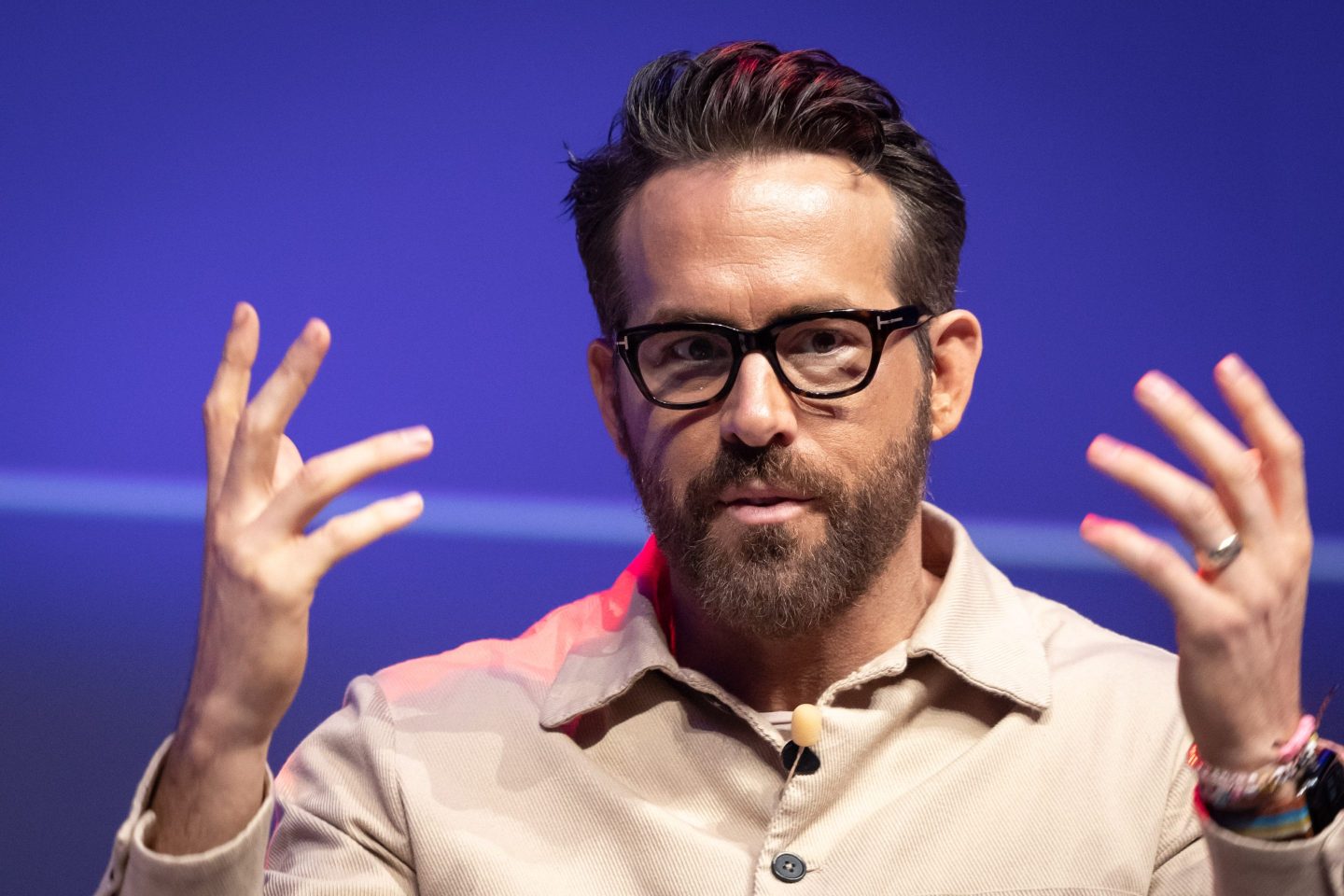 Ryan Reynolds may be best known for the dry-witted, permanently quipping persona he plays in nearly all his films, but away from the camera, he has slowly become one of the most in-demand and influential creators in advertising.

The Deadpool star, who is the cofounder of film production company and digital marketing agency Maximum Effort, has had a string of viral hits with advertisements he’s coproduced and written since the firm’s inception in 2018.

Addressing a host of industry leaders in a jam-packed auditorium at the Cannes Lions festival on the French Riviera, he revealed how his venture into the sector was largely born from circumstance rather than design.

“I spent 10 years trying to get the film Deadpool made and it was hell. I kept rolling this rock up the hill every single day and it just didn’t work.”

The star said he was forced to use some innovative and “fairly unorthodox” marketing ploys—including leaking test footage—to finally get the green light from Hollywood execs, but even then, he was still left with an uphill battle.

“The studio never really believed in it,” Reynolds added.

“They gave us absolutely nothing to make the movie, compared to other comic book movies.

“We had to make every dollar feel like 10, and as we did this I was learning lessons left, right, and center.

“We replaced spectacle with character, and it worked well and really landed.”

Reynolds revealed that he drove home on the final day of shooting Deadpool in the now-iconic red and black suit, after having poured his heart and soul into the production, and that moment evolved into the next phase of his assent to marketing genius.

“Me and George Dewey, my cofounder at Maximum Effort, then started marketing with the suit and having fun with it without giving away pieces of the film, and it turned out to be really successful,” Reynolds said.

“I then used some of that sweet Deadpool money to buy Aviation Gin and I needed to market that, so we inadvertently became a marketing company.

Reynolds, who is the majority owner of Aviation Gin, Mint Mobile, and the world’s oldest professional soccer club, Wrexham, has also produced hit advertisements for Match.com, where he matched Satan with a representation of the year 2020.

He famously capitalized on the fallout of a Peloton ad, which was widely panned, by recruiting the same actress to star in a spot for Aviation Gin.

His latest viral success is a link-up with Nick Cannon for Father’s Day, which sees the rapper/comedian whip up an Aviation cocktail dubbed the Vasectomy.