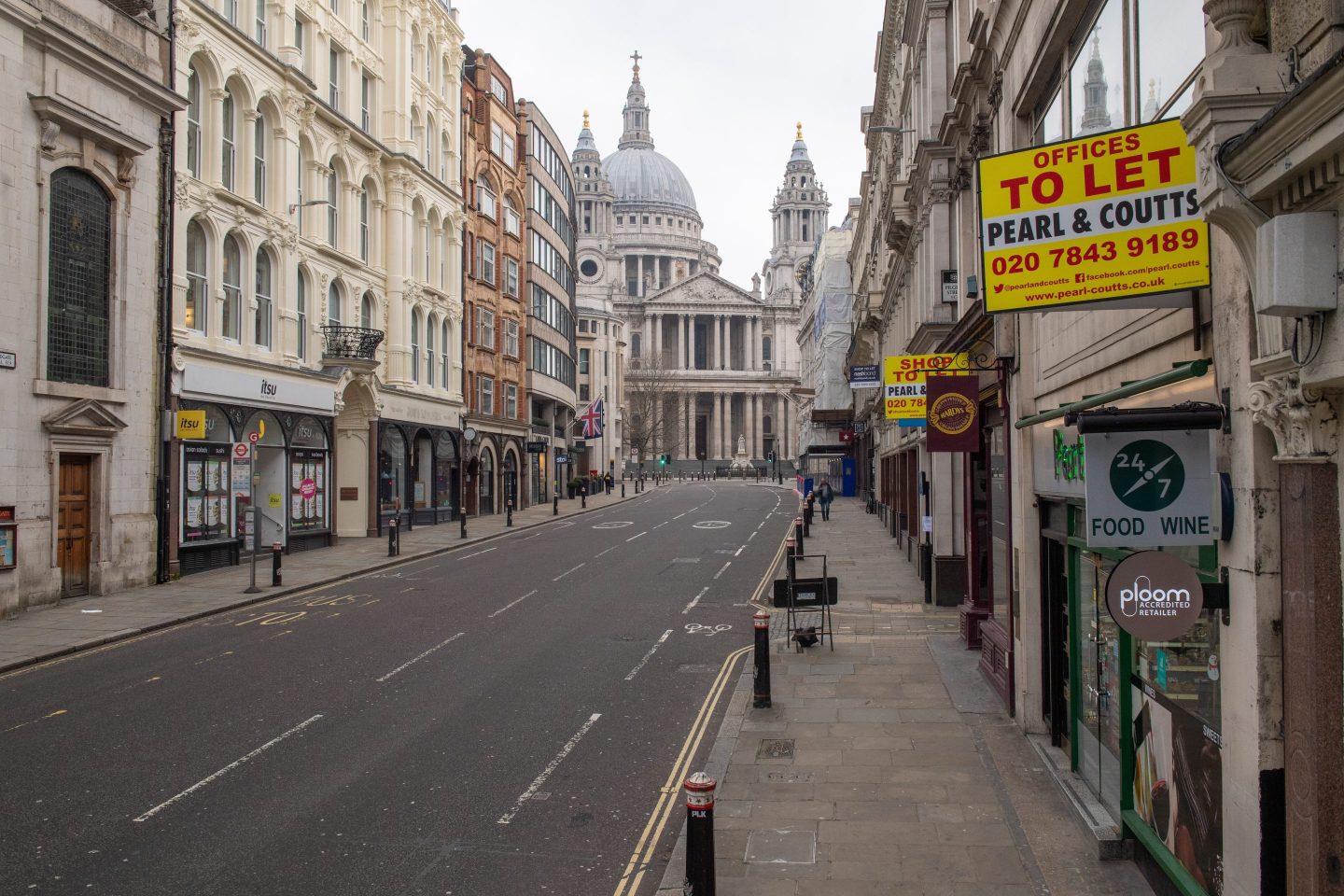 It’s the perfect storm. Renters are returning to London in droves as offices and universities return in person.

Interest rates are rising, which in turn, pushes mortgage rates up for landlords. And everyone is poorer because of a cost-of-living and energy crisis.

All of this has made renting in London near impossible.

Prospective tenants looking for rooms to rent in London now outnumber the number of rooms available in the city seven to one, according to SpareRoom.

The website that matches people seeking roommates says the number of prospective tenants tripled to 106,000 since early 2021, while the number of advertised rooms has declined to less than 15,000.

Rental agencies say the divide between supply and demand is even starker. For every rental ad placed on British estate agent Foxtons, they claim 22 applicants are looking to rent it out. Another agency Chestertons said they’ve had 29 renters competing over each flat.

This has translated to unreasonably high rental prices in London.

“Demand for rooms is at an all-time high, yet supply is at an 8-year low. As a result, rents have gone up by a massive 33% in the same period and there's no sign they're slowing down,” says Matt Hutchinson, director at SpareRoom.

As each listing gets a rush of tenancies, viewings are teaming with people making ludicrous offers.

Estate agents tell Fortune they’ve had renters offering to give 12 months rent in advance in cash or pay 50% above the asking price each month.

Bella Roupell who heads up British estate agent Winkworth's South Kensington office, tells Fortune: "In the last eight weeks we've agreed on 18 tenancies, all of which were agreed within on average 48 hours of the property going live.”

With the problem so ubiquitous in London, it doesn’t take long to find someone who has struggled to find a new home. Within Fortune's U.K. bureau in the capital, social media editor Alice Hearing says when her landlord announced they would be raising the price of rent, she underestimated just how hard it would be to find an alternative.

Hearing had been paying £600 a month for her share of a “decent” three-bed and when she went to real estate search sites, she found few "liveable options for under £2,000 for two-bedroom flats.”

After months of calling estate agents every day and either getting no answer or agreeing to a visit and having no one show up as it had already been rented, Hearing gave up and decided to move 117 miles away to the city of Bristol.

“I decided to move to Bristol because it worked out cheaper to work from home and commute from time to time than live in London itself.”

Prices aren’t coming back down any time soon

Supply in the rental market is more constrained than ever. The pandemic put thousands of new property builds on hold, and increased government regulations pushed hundreds of landlords out of the market.

This is all on top of the dramatic U-turn of Truss and Kwarteng’s tax cut announced two weeks ago, which left markets reeling and the Bank of England promising to further increase interest rates.

The ensuing chaos caused banks to pull mortgages off the market and the two-year fixed mortgage payments (the most common mortgage term in the U.K.) to soar above 6% for the first time since 2008.

Things look no better on the demand side. While September has always been the busiest month for estate agents, the reopening of offices and universities has triggered an influx of people moving back into town.

Unless an unforeseen amount of property comes to the market, prices are going to stay exactly where they are. “They're definitely not gonna fall,” Atkins says.

Like in any crisis, there may be some who benefit from the surge in demand and high prices.

“Gosh if you've got the cash available, now is a great time to buy something and let it. You’ve got a great yield much, a better yield than we have done in a long time," says Roupell from Winkworth advising overseas buyers to invest in London's property market.

While the pound is cheap, savvy (and brave) investors might view the London rental chaos as a good time to invest.