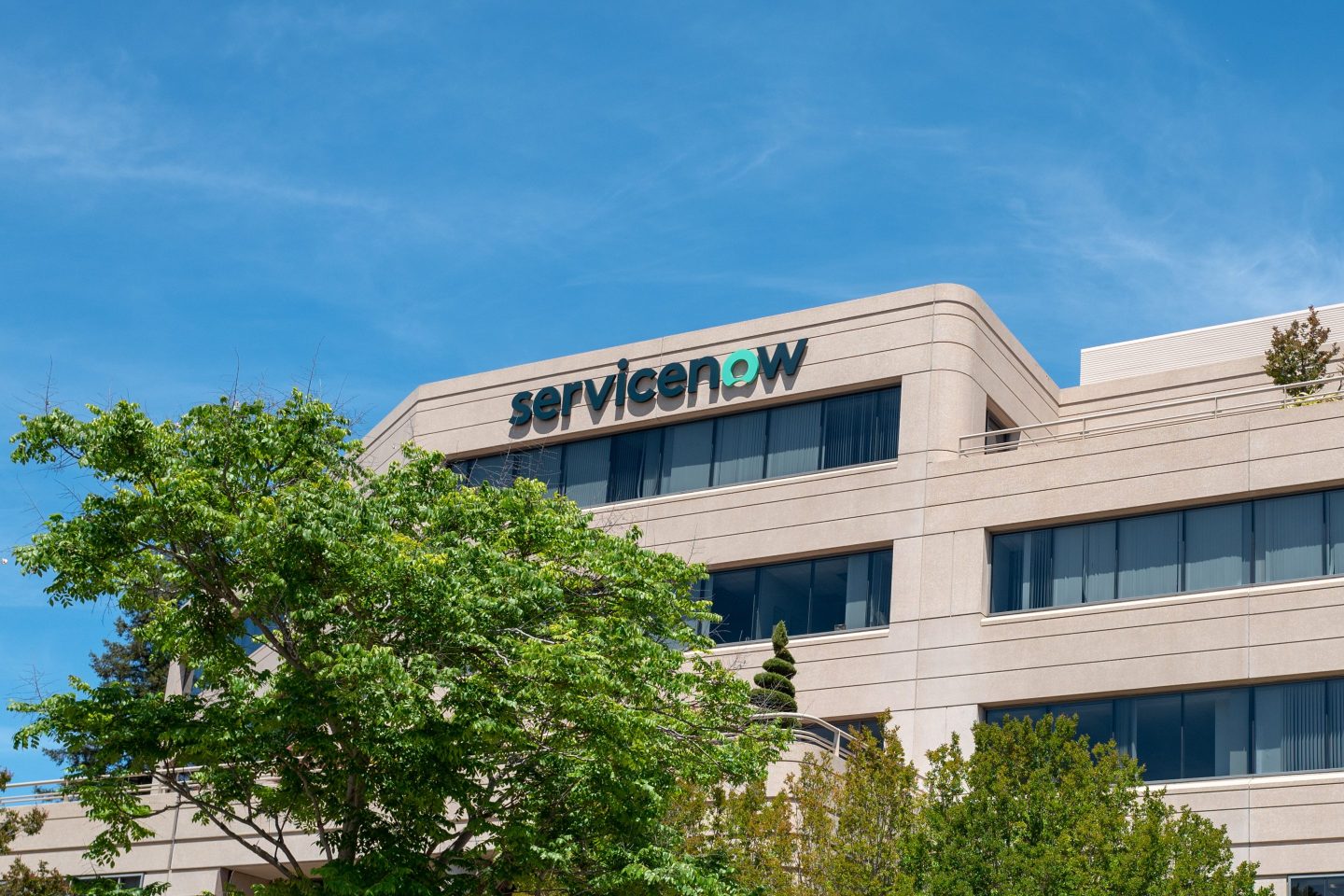 Can you have your cake and eat it, too? ServiceNow says, yes. The enterprise software company, a sponsor of CHRO Daily, announced today that it will consolidate several of its offices, but will not release or terminate any of its office leases. Sixteen of its 79 locations will have consolidated office floors that allow employees to work in closer physical proximity and decrease the company’s office footprint within its buildings. It plans to lease out some of the newly vacant floors to other companies and use others for corporate events.

The move speaks to an issue most large companies are working to solve right now: How can employers adjust their workspace to reflect significantly decreased employee demand for the office? While some companies are selling their headquarters or backing out of commercial real estate leases, Jacqui Canney, ServiceNow’s chief people officer, is hesitant to let go of all its space just yet, cautioning against the trend to “cut back and react.”

Companies, especially those that are looking to scale, should not take real estate decisions lightly, she says. “We’re a growing company [and] we’re bullish that we’re not going to be shrinking. We’re expanding.”

ServiceNow isn’t shy about its aggressive growth goals. Earlier this year, the company said it plans to double headcount from just over 19,000 to 35,000 employees in the next few years.

Setting the plan in action

ServiceNow employees had flexible work options well before the pandemic, but the company has more recently taken stock of how employees are using its offices. Conversations around space allocation and utilization are led by chief equity and inclusion officer Karen Pavlin, with input from fellow executives.

Canney says this structure differentiates ServiceNow’s approach to office space usage from other companies’ and helps ensure that redesign plans align with its DEI goals.

The company made use of feedback tools to determine what employees want out of the office. It found that on most days, less than 10% of its staff utilizes the office unless there’s an event or a specific reason for employees to be physically present.

Another finding is that employees don’t feel inspired or enjoy working in an office where they’re spread out. The company will reduce the number of floors used in its large offices, corralling employees into a smaller vicinity.

“We’re just trying to put people in a more dense way together so that there is more connectivity, more reason for collaboration, more opportunities to have those spontaneous meetings,” says Canney. Still, retaining the unused floors will be useful in the event of hosting big meetings, or in case they hire additional employees in the altered locations.

ServiceNow plans to sublet some of the newly unoccupied floors and conference rooms to employers and transform others into collaboration spaces where employees can convene for intentional corporate gatherings.

Canney expects to see the biggest return on investment when it comes to talent engagement.

“We have to do more, know more, and care more about our people. So this kind of decision-making demonstrates that’s how we think about it,” she says.

This week, Elon Musk reversed his decision (or shall we say indecision) to purchase Twitter and will now buy the social media platform for his original bid of $44 billion. While most of the Musk-Twitter drama has focused on the deal itself, workplace drama has been brewing in the background. After Musk’s initial bid in April, Twitter employees shared their fear of a potential mass exodus and oncoming layoffs. The saga is a reminder to employers that employees and prospective employees are just as affected by M&A deals as any other corporate stakeholder—if not more. Earlier this summer, my colleague Paige McGlauflin spoke to experts about the potential effects of controversial deals and leadership transitions on employees.

“How companies treat current employees during transformational periods also affects recruitment efforts and employer reputation,” she wrote. “Applicants scrutinize layoffs, or even the hint of future layoffs, as well as reductions in bonuses and equity value, and any suggestion of wrongdoing toward employees. That’s all the more true within the tech industry, which for years has been grappling with a talent shortage.”

- The value of New York City office buildings declined 45% since the start of the pandemic. That’s a loss of roughly $50 billion. Bloomberg

- A timely reminder with midterm elections around the corner: Sometimes, bringing politics into the office can hurt employee productivity and retention. Washington Post

- Professional aspirations are no longer about climbing the corporate ladder; they’re about finding a rewarding career, and it turns out that’s hard, too. Time

- Elon Musk’s announcement last year that Tesla would build a robot was just a recruiting pitch to get robotics engineers to join the company and work on its self-driving cars. Wired

Ok, boomer. Gen Z is the newest generation in the workplace, but millennials and boomers still make up the biggest percentage of the workforce. Employers shouldn’t forget to listen to their needs. —Megan Leonhardt

Hero payments. Just over 1 million frontline workers in Minnesota were approved for a one-time hero payment of $487.45 for their work during the pandemic. —Kaitlyn Koterbiski

Fire in the hole. Amazon suspended over 50 warehouse workers after they refused to work when a cardboard compactor caught fire. —Chloe Berger