‘The picture for 2023 has darkened considerably’: The World Trade Organization says that global trade will decrease sharply next year as countries face a ‘multi-pronged crisis’ 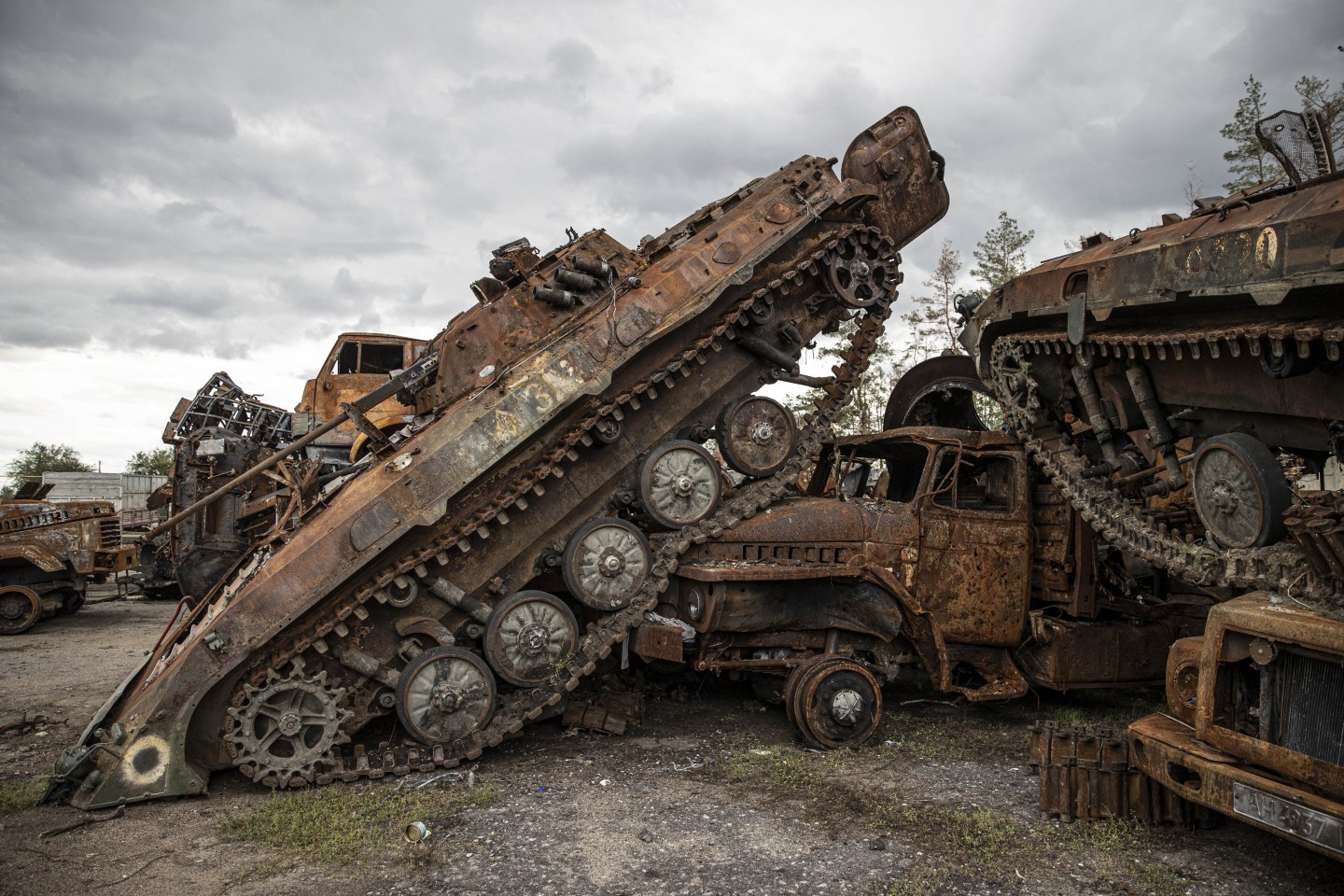 A view of destroyed armored vehicles and tanks belonging to Russian forces after Russian forces withdrawn from the city of Lyman in the Donetsk region (Donetsk Oblast), Ukraine on October 05, 2022.
Metin Aktas—Anadolu Agency/Getty Images

It’s been quite a year for the global economy.

Russia invaded Ukraine, disrupting global energy markets and sending the price of fuel soaring. Inflation has affected countries around the world, whose central banks are now scrambling to bring prices down by hiking interest rates. And supply chains are trickling back to pre-pandemic levels, although in parts of Europe regional factors continue to pose trouble.

And the problems won’t just stop in December. Global trade will significantly slow down next year amid “strong headwinds,” heightening the risk of recession, the World Trade Organization cautioned on Wednesday.

The WTO has revised its earlier forecasted growth rate of global goods trade for 2023 from 3.4% to 1%.

“The global economy faces a multipronged crisis,” said Ngozi Okonjo-Iweala, secretary-general of the WTO said at a briefing. “The picture for 2023 has darkened considerably.”

The Geneva-based trade regulations body’s projection is in stark contrast to last year’s trade growth rate, which clocked in at 9.7%. That number likely reflects consumers emerging from pandemic seclusion, and who were ready to spend money.

The WTO also projected that global economic growth in 2023 will be around 2.3%, down from their earlier estimate of 3.3% that it predicted earlier this year.

It cautioned that if central banks continued to raise interest rates, global economic growth rates could drop even further.

“One has to watch out if there are supply-side constraints that are not responsive to interest rates,” Okonjo-Iweala said. “There is a danger you could overshoot.”

A slowdown in trade could possibly help bring down the high inflation rates that countries have been facing by easing the price pressure and the burden on supply chains.

But that also comes at a cost—slowing trade could reduce freight charges, but threaten the logistics industry, which is showing signs of bouncing back from the pandemic-time backlogs.

There are a few reasons that the WTO is taking a dim view of global trade next year.

Rising energy prices which are contributing to high inflation, coupled with aggressive interest rate hikes to slow down economies, are squeezing households and businesses from both sides.
The Ukraine war, for instance, has increased energy prices by 78% and food prices by 15% in August, compared to the same period last year, according to the WTO report.

These will have ripple effects on developing countries in particular, which are facing hefty bills on fuel, food and fertilizers leading to food insecurity and debt distress because of an abnormally strong dollar.

“Major central banks are already raising interest rates in a bid to tame inflation but overshooting on tightening could trigger recessions in some countries, which would weigh on imports,” the WTO said. The alternative, according to the organization, would be that economies continue to experience a surge in prices because central banks are falling short in controlling inflation.

The institution, however, said it recognizes the difficult choices that governments are grappling with to get a grip on the economic situation.

“Policymakers are confronted with unenviable choices as they try to find an optimal balance among tackling inflation, maintaining full employment, and advancing important policy goals such as transitioning to clean energy,” Okonjo-Iweala said.