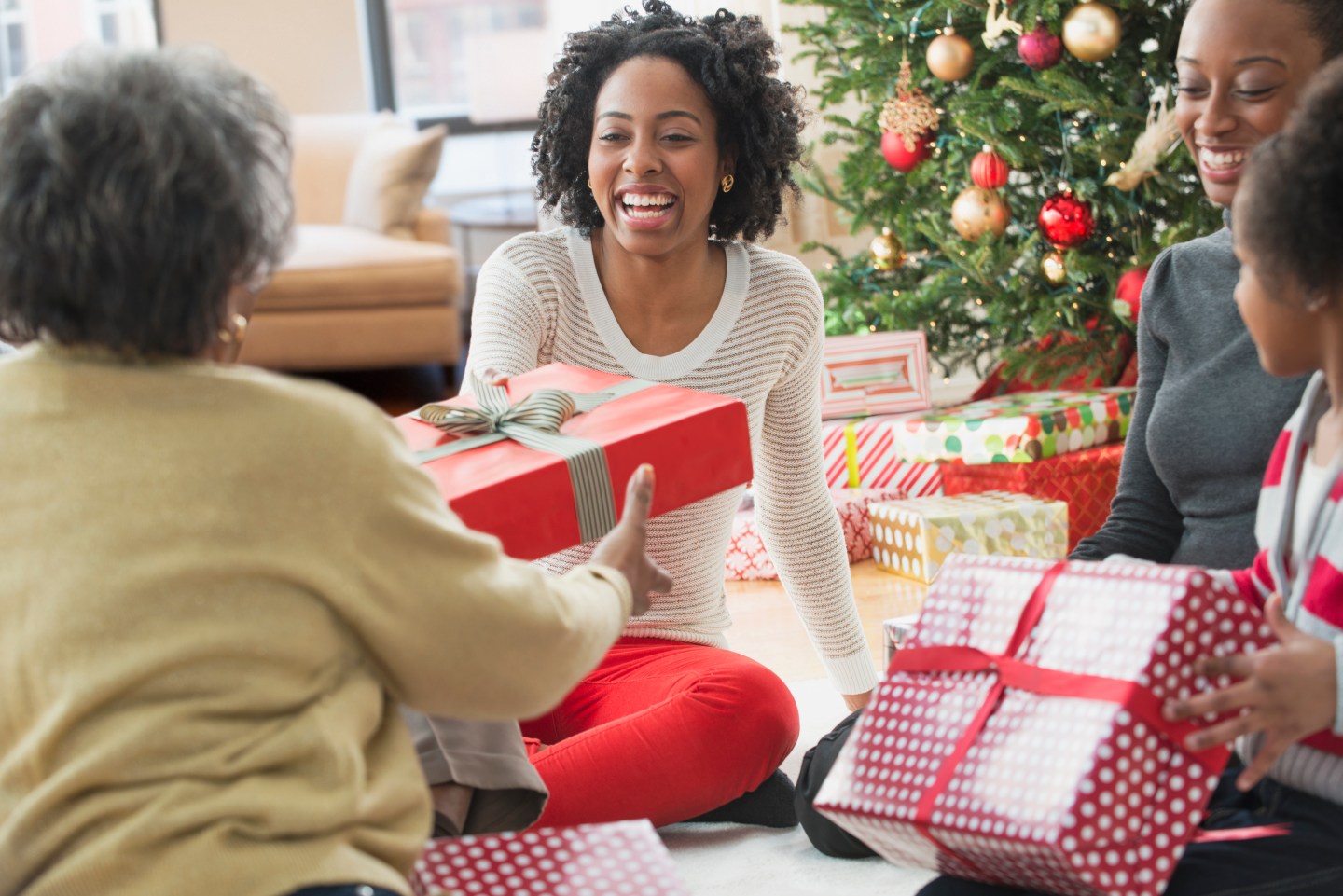 Americans are planning to buy holiday gifts for fewer people in 2022 than they did a year earlier, according to KPMG.
Jose Luis Pelaez Inc/Getty Images

Americans shouldn’t get too excited if they’re expecting to find a heap of presents under the tree this year, according to new research.

In a new report on holiday shopping, accounting giant KPMG laid out results from its survey of more than 1,000 Americans carried out in early September, which found many were planning to tighten their purse strings this year.

Respondents told the accounting giant they were planning to spend more per gift recipient this year, but many said they would buy for fewer people.

But one in four respondents told KPMG they were planning to purchase gifts for fewer people than they did last year, while just 14% said they intended to buy presents for more people in 2022.

Parents, in-laws, friends, grandparents and co-workers were all set to lose out this year.

Less than half of those surveyed said they would buy holiday gifts for their parents or in-laws this year, while fewer people said they had plans to buy for their grandparents, siblings, colleagues or significant other this holiday season compared to last year.

Coworkers were the least likely to receive a holiday gift in 2022, according to the survey, with just 10% of survey respondents saying they would buy a coworker a gift this year, while only 12% of participants said they would buy their grandparents a gift.

The main driver for changes in spending habits was widespread concern about increasing prices.

Of those surveyed, 85% said they were concerned about the impact inflation would have on their holiday shopping.

Almost 40% of shoppers with inflation concerns said they planned to buy fewer gifts per person in a bid to keep costs down, while one in three of those worried about prices said they would buy cheaper gifts.

Clothing and retail gift cards were the most popular gift items for the 2022 holiday season, according to KPMG’s report.

On average, shoppers were planning to spend a total of $1,072 this holiday season—6% more than they spent in 2021. However, the increased spending was only expected to be on essential goods like food rather than discretionary spending categories.

The proportion of those planning to spend less than $500 on the holidays increased from 2021, with 42% of respondents saying their budget was less than $500 compared to 39% a year earlier.

The company pointed out that online shopping spend intentions remained flat from a year earlier, suggesting that many shoppers planned to return to physical stores for much of their holiday shopping.

As well as being anxious about spiraling prices, KPMG’s survey respondents said they were also concerned about shipping delays or the items they wanted selling out. Half of those who said they were worried about these possibilities expressed plans to shop earlier this year than they did last year.

“While consumers remain resilient and plan to spend a bit more this holiday season, it will likely not outpace inflation,” Matt Kramer, consumer and retail national sector leader at KPMG said.

“Consumers will be looking for promotions this holiday season and retailers should be looking to respond by having desirable gifts for the budget-conscious consumer.”

While KPMG’s survey showed that Americans were planning to do what they could to keep giving this year, the results echoed September findings from Deloitte that predicted shoppers would buy fewer gifts over the 2022 holiday season.

With inflation biting into consumers' spending power, retailers are already preparing for a choppy festive period.

Last month, Bloomberg reported that merchants selling goods on Amazon were bracing for a “scary” holiday shopping season, with many expecting inflation to weigh on sales.

Many major U.S. retailers have already said they are planning a raft of promotions in a bid to entice shoppers to their stores with competitive discounts.