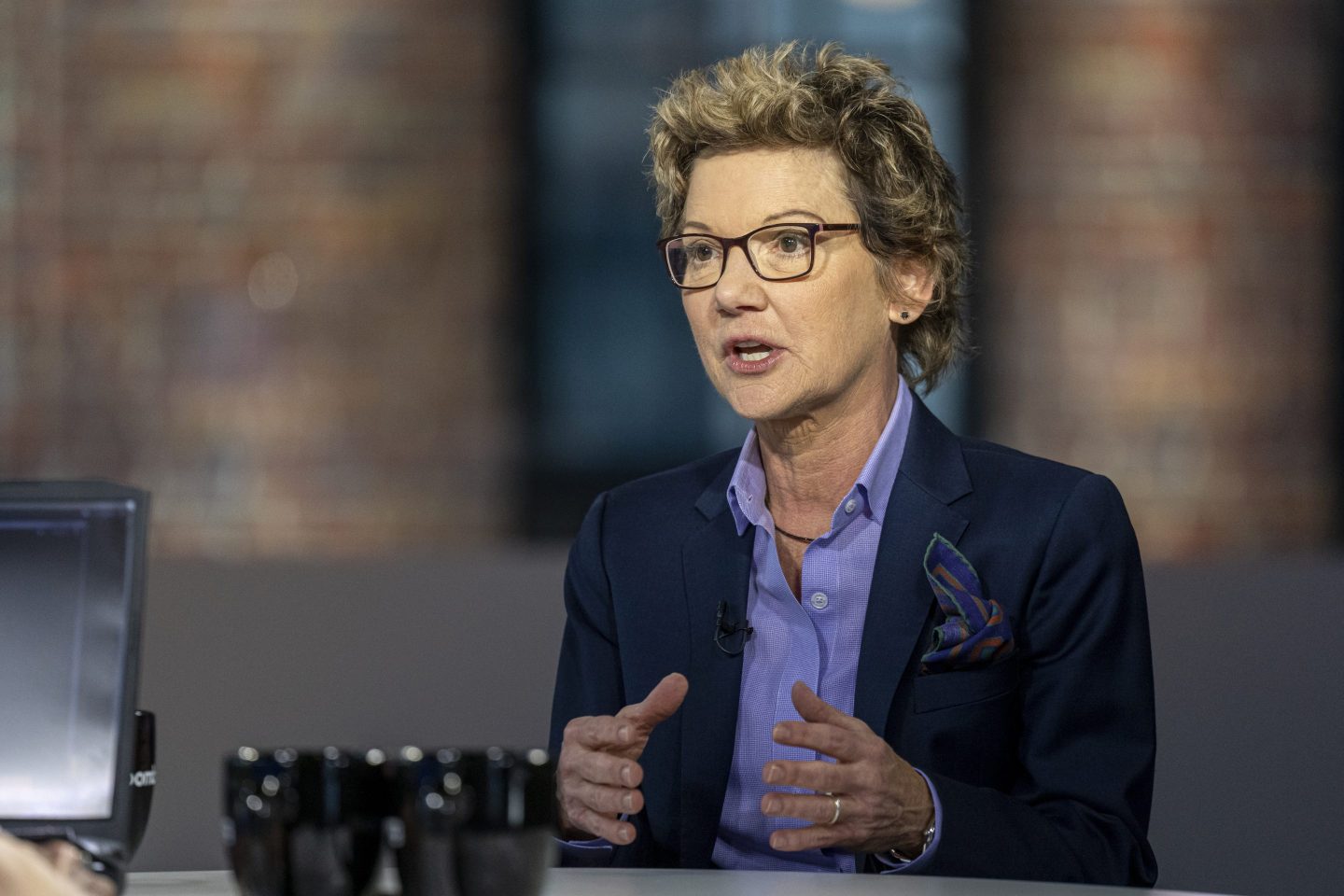 Daly during an interview with Bloomberg in San Francisco on Aug. 11, 2022.
David Paul Morris—Bloomberg/Getty Images

Inflation is a “corrosive disease, it is a toxin that erodes the real purchasing power of people,” Daly said Tuesday during a discussion at the Council on Foreign Relations in New York. “An inclusive economy goes both ways: It doesn’t mean just jobs, it means jobs and price stability.”

Fed officials raised interest rates by 75 basis points on Sept. 21 for the third straight meeting as they confront inflation near a four-decade high, and forecast additional tightening ahead. The median projection of the 19 officials was for rates to rise to 4.4% by the end of the year from a current target range of 3% to 3.25%.

Daly does not vote on U.S. monetary policy this year.

U.S. central bankers say cooling price pressures is their number one mission. Their quarterly projections suggest they expect that they can do it without a recession, with growth forecast to slow to below trend next year while unemployment rises by to 4.4% versus 3.7% in August.