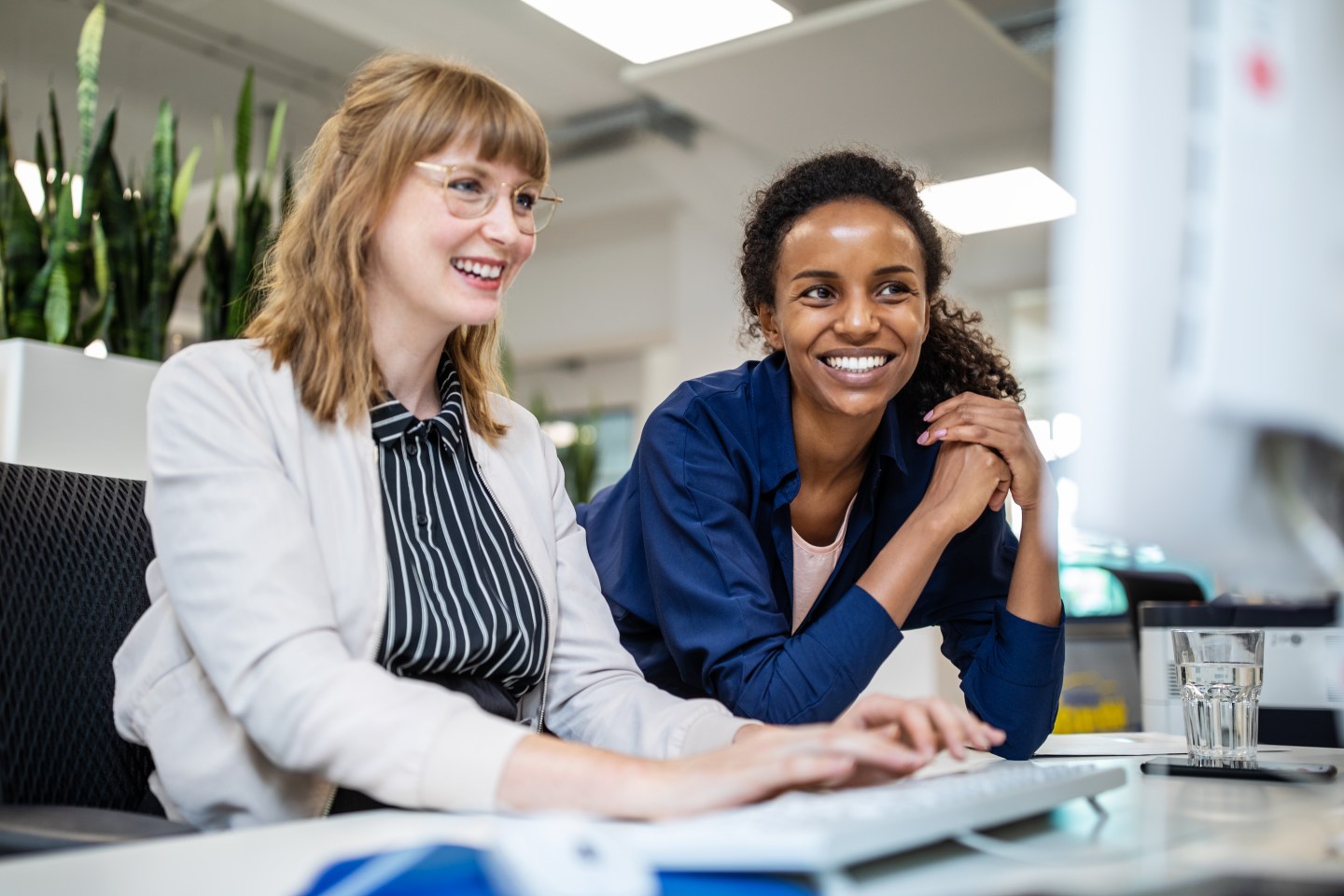 The “she-cession,” referring to the millions of women who left the workforce at the start of the pandemic, is beginning to fade as more women return to jobs supported by new workplace flexibility, according to Pew.

Offering enhanced flexibility is one of the major factors that landed companies on the 2022 Fortune 100 Best Large Workplaces for Women list. Fortune’s research partner Great Place to Work analyzed surveys representing more than 1.2 million employees, 640,000 of whom were women.

Here are the top 10 large companies:

Through the data analysis, Great Place to Work suggested four ways to create workplaces where talented women would want to remain: meet the baseline of fair pay and promotions; provide a healthy psychological workplace; offer meaningful work; and flexible work environments—remote, onsite, or hybrid. At a typical workplace about 45% of women report fair pay in comparison to 56% of men. At companies designated Best Workplaces, 81% of women said they get paid fairly, with no significant difference compared to their male colleagues, Great Place to Work found.

For the second year in a row, Hilton is No. 1 on the list. Regarding meaningful work, the company sponsors networking events including “She has a Deal” that focuses on creating ownership opportunities for women through education, networking, and mentorship, according to Great Place to Work. The platform was created by Hilton franchise owner Tracy Prigmore.

Pinnacle Financial Partners, which provides banking, investment, trust, mortgage and insurance products, is placing an emphasis on promoting women into leadership roles. “Since we focused DEI [diversity, equity, and inclusion] efforts in 2020, we have doubled the number of women on our leadership team by creating greater consistency and equity across job titles, hiring and elevating women into new roles,” Summer Yeiser, Pinnacle’s director of associate and client experience, said in a statement regarding the company ranking No. 2 on the list.

Of the top 10, the Ohio-based insurance giant Progressive has a woman—Tricia Griffith—as CEO. Griffith was one of 24 corporate leaders who participated in a virtual discussion with Fortune CEO Alan Murray this past May. The topic was how to attract and retain great talent, and Griffith noted the need for flexibility. “You can’t just tell people to come in, just like they did two years ago,” she told Murray. “I think that toothpaste has left the tube.”

Due to many employees opting to continue remote work, Progressive put up for sale five of its office buildings in the eastern suburbs of Cleveland in August. “Over the last couple of months, we haven’t had many people onsite,” Progressive spokesman Jeff Sibel said in a statement to Cleveland.com. “After a lot of analysis of employee trends and financial considerations, we’ve decided to not renew some of our leases on buildings and put a few of our owned locations up for sale.”

A Great Place To Work market research survey of nearly 4,200 workers released in July found that 54% of working women said they are open to a new job in the next six months. However, 90% of women working at companies on the Fortune Best Workplaces for Women list, said they plan to stay at their jobs a long time, according to the findings. (There’s also a list of the best small and medium workplaces for women.)

The companies who’ve made these lists are putting in the work to create environments where women at all levels feel they can be successful.

A new report by Gallup finds that Americans are becoming slightly less pessimistic about the outlook of the economy going forward. In September, 67% of Americans surveyed said economic conditions are getting worse, down from 72% believing this in August, and 80% in July. However, less than 20% continue to describe current economic conditions positively—as either "excellent" or "good." Meanwhile, close to half (48%) call economic conditions. "poor." The Gallup Economic Confidence Index ticked up to -35 in September after rising to -39 in August. The index captures Americans' net optimism about the economy. The index could be as high as +100 if all Americans think the economy is "excellent" or "good" and improving.

"How Banks Crowd Out Commercial Lending During Real Estate Booms," a new report published in Wharton's business journal,
discusses research co-authored by Wharton’s Itay Goldstein. The authors analyzed how banks become preoccupied with real estate lending during housing booms, at the cost of lending to other parts of the economy. The researchers studied bank lending during the 1988–2006 real estate boom.

Kim Jones was promoted from president and CFO to CEO at Spanx, LLC, a womenswear brand, effective immediately. A company veteran, Jones has a 15-year tenure with the brand and was named president in 2018. Spanx was founded by Sara Blakely in 2000. Prior to Spanx, Jones was the CEO at Sweetwater Brewing Company, and earlier in her career, she held finance positions at Ernst & Young, The Coca-Cola Company, and EarthLink.

Randy Greben, CFO at Blue Apron (NYSE: APRN), a company that offers chef-designed meals, has notified the company he has accepted a position at another company and plans to resign from his role, effective Oct. 17. Blue Apron appointed Mitchell Cohen to serve as interim CFO, effective following Greben’s departure. Cohen has 30 years of financial, operations, and general business experience, across several industries as well as public and private organizations. Cohen will immediately start working with the company to facilitate a transition while a permanent replacement is identified. Blue Apron has engaged Spencer Stuart to conduct the CFO search.

"Just like the fully autonomous cars that we are all supposed to be driving by now, EVs are just going to take longer to become mainstream than media would like us to believe."

—Toyota CEO Akio Toyoda said in a recording of the remarks to dealers shown to reporters, CNBC reported. Toyoda doesn't believe all-electric vehicles will be adopted as quickly as policy regulators think.