Putin on a fresh collision course with U.S. and allies after vowing to push ahead with annexation of 4 parts of Ukraine 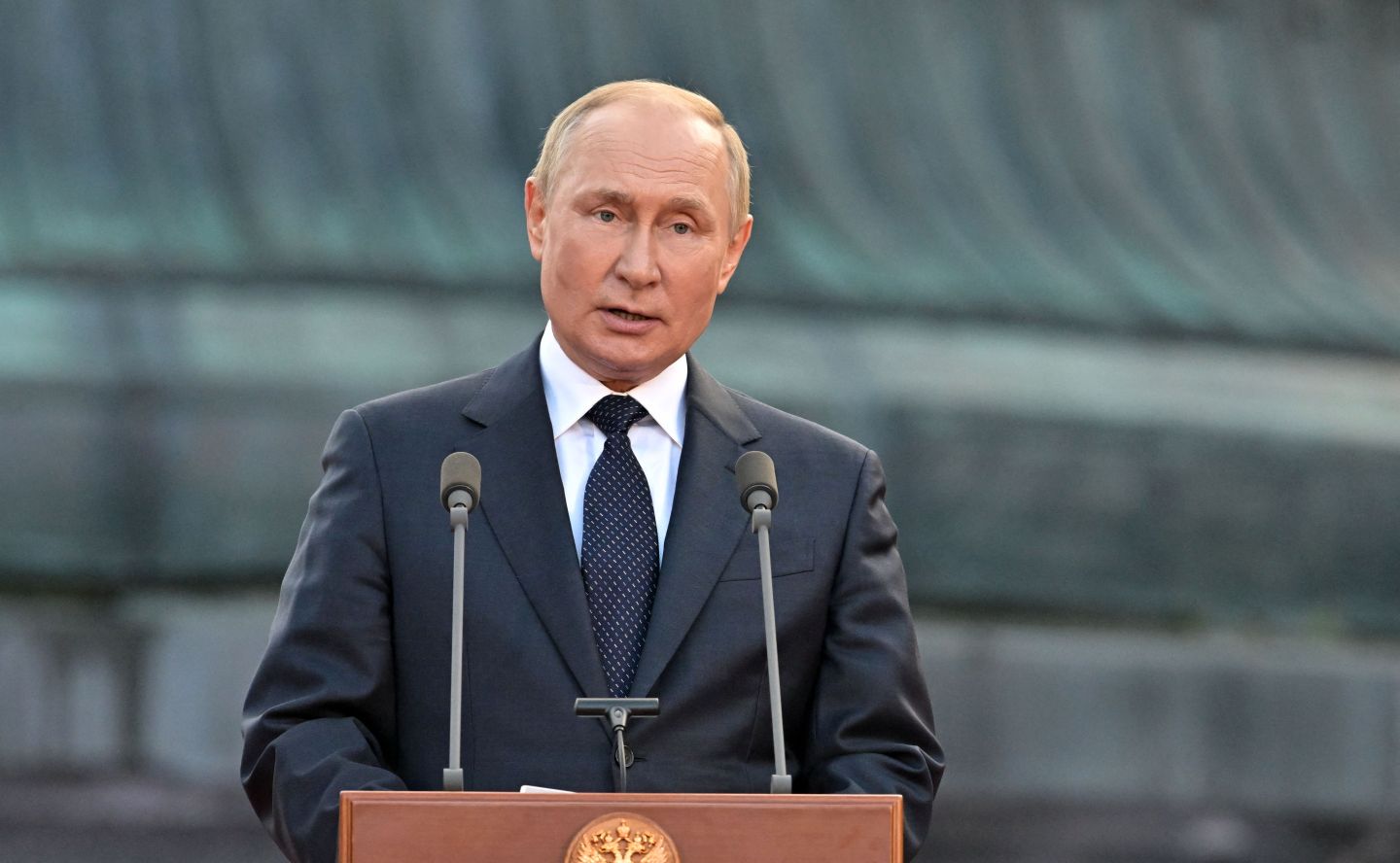 Authorities are planning a Red Square concert to celebrate Friday evening, though a Putin spokesperson declined to comment on whether the Russian leader will attend.
ILYA PITALEV—SPUTNIK/AFP via Getty Images

Russia vowed to go ahead with the annexation of the parts of Ukraine that its troops currently control after UN-condemned votes, putting the Kremlin on a fresh collision course with the U.S. and its allies.

Russia will sign treaties to absorb the four regions in eastern and southern Ukraine at a Kremlin ceremony at 3 p.m. Friday, President Vladimir Putin’s spokesman, Dmitry Peskov, told reporters on a conference call Thursday. Putin will also make an address to legislators and other officials, he said.

Authorities are planning a Red Square concert to celebrate Friday evening, though Peskov declined to comment on whether Putin will attend. The final formalities of annexation, which much of the world has said it will reject, are expected to be completed next week after legislative ratification.

Boosting pressure on Kyiv and its allies, Putin has threatened to use “all the means at our disposal” to defend Russia, a signal he may use nuclear weapons to protect the lands he’s annexing. This week, Moscow threatened to cut off the last link supplying its gas to western Europe ahead of winter. Western officials blamed sabotage for leaks on other pipelines that had previously brought the fuel to Germany, while Russia denied any role.

Ukraine and its allies rejected the annexations, pledging to continue weapons supplies to Kyiv, which has said it will press its counteroffensive aimed at retaking the territories. Ukraine’s forces routed Russian troops in early September, retaking in a few weeks areas that Moscow had spent months invading. To help shore up his overstretched and depleted army, Putin last week called up at least 300,000 reservists.

Ukrainian forces are now closing on the strategic city of Lyman in the eastern Donetsk region, one of the four being annexed. Fighting is raging in all areas which Russia occupies. An occupation official said Friday that supporters are fleeing the parts of the Kharkiv region that Moscow still controls, fearing that hold won’t last.

The hastily organized voting, some conducted at gunpoint, was declared illegal by the UN. Leaders in the regions declared results as high as 99% in favor of annexation in some areas.

Putin’s shock mobilization, which in contrast to official promises isn’t just targeting men with military experience, has suddenly brought the reality of the war to Russian homes, triggering protests and prompting hundreds of thousands to flee the country.

Approval ratings for Putin fell in September for the first time since April, to 77% from 83% in August, according to the latest poll by the independent Levada Center. The survey, conducted days after Putin ordered the partial call-up, also found that 21% don’t approve of the president’s actions. That’s the highest since February, when he invaded Ukraine.

At that time, Putin said his goal wasn’t to occupy Ukrainian territory. In March, he declared that Russia wouldn’t carry out a mobilization.