Putin knows he’s losing the Ukraine war and ‘cannot explain to his society why,’ says Zelensky 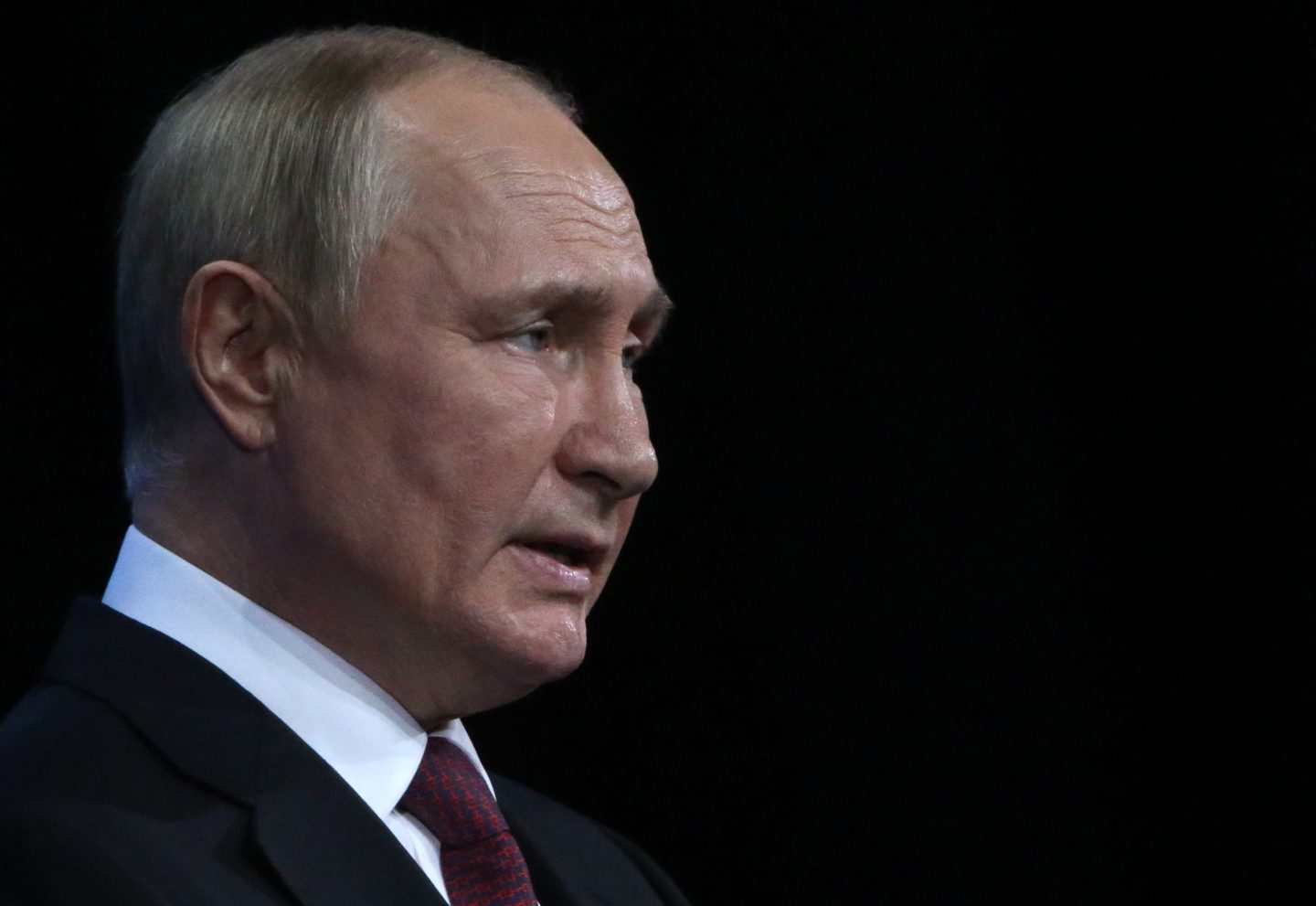 Putin is "becoming quite desperate" about the Ukraine war.
Getty Images

Vladimir Putin is losing the Ukraine war and he knows it.

That’s according to Ukrainian President Volodymyr Zelensky, who shared the message with Americans in a Face the Nation interview Sunday.

“He knows that he’s losing the war,” Zelensky said of his Russian counterpart. “In the battlefield, Ukraine has seized the initiative. He cannot explain to his society why, and he is looking for answers to these questions.”

Zelensky made the comments after being asked whether Putin was using recent referendums to annex parts of Ukraine as an excuse to say that Russian territory was being attacked by the West.

With an invasion that was supposed to take days now in its seventh month, Zelensky said, Putin “has to justify” to his people the military’s struggles against a smaller nation.

“He has to take steps to justify,” Zelensky said of Putin. “He says, ‘See, let’s look at it. I am not afraid of Ukraine. It was a special operation, but now it’s Russia. It’s our territory. Look, we conducted referenda. Now, it’s the West who attacks Russia. Now, the West attacks our territories.”

Zelensky also pointed to Putin’s announcement on Wednesday of a partial mobilization of up to 300,000 military reservists to fight the war.

“For several months, they’ve been secretly mobilizing,” he said. “But now, they admitted that their army is not able to fight with Ukraine anymore…They did not expect the resistance that they received from us.”

Zelensky wasn’t alone in noting the pressure mounting on Putin, which some fear will prompt him to respond with nuclear weapons.

“No one wants to be drafted,” the retired U.S. Navy admiral said of Putin’s mobilization announcement. “There are major protests popping up in Russian cities. It’s starting to have that Vietnam-era feel of a growing sense of civil discontent. I would score it a very bad week for Vladimir Putin.”

Protestors risked arrest Wednesday night to demonstrate against the mobilization, and more than 1,200 were detained in Moscow and St. Petersburg, according to OVD-Info, an independent Russian human rights group. Some of the detained protestors were handed draft papers while in custody, the group said.

The protests continued this weekend, with Russian police moving quickly yesterday to disperse the crowds in cities across the nation.

Yesterday Zelensky offered guaranteed protections to Russian soldiers who surrender to Ukrainian forces. Such soldiers would be treated in a civilized way, he said, and the circumstances of their surrender wouldn’t be disclosed. For those wanting to avoid a return to Russia, he added, his government would find a way to ensure they’re not exchanged.

“Russian commanders do not care about the lives of Russians,” he said. “They just need to replenish the empty spaces left by the dead, wounded, those who fled or the Russian soldiers that were captured.”

On Saturday, just days after announcing the mobilization, Putin signed amendments enhancing punishments for citizens refusing to fight or deserting the battlefield, according to Radio Free Europe. They can now reportedly expect up to 10 years in prison.