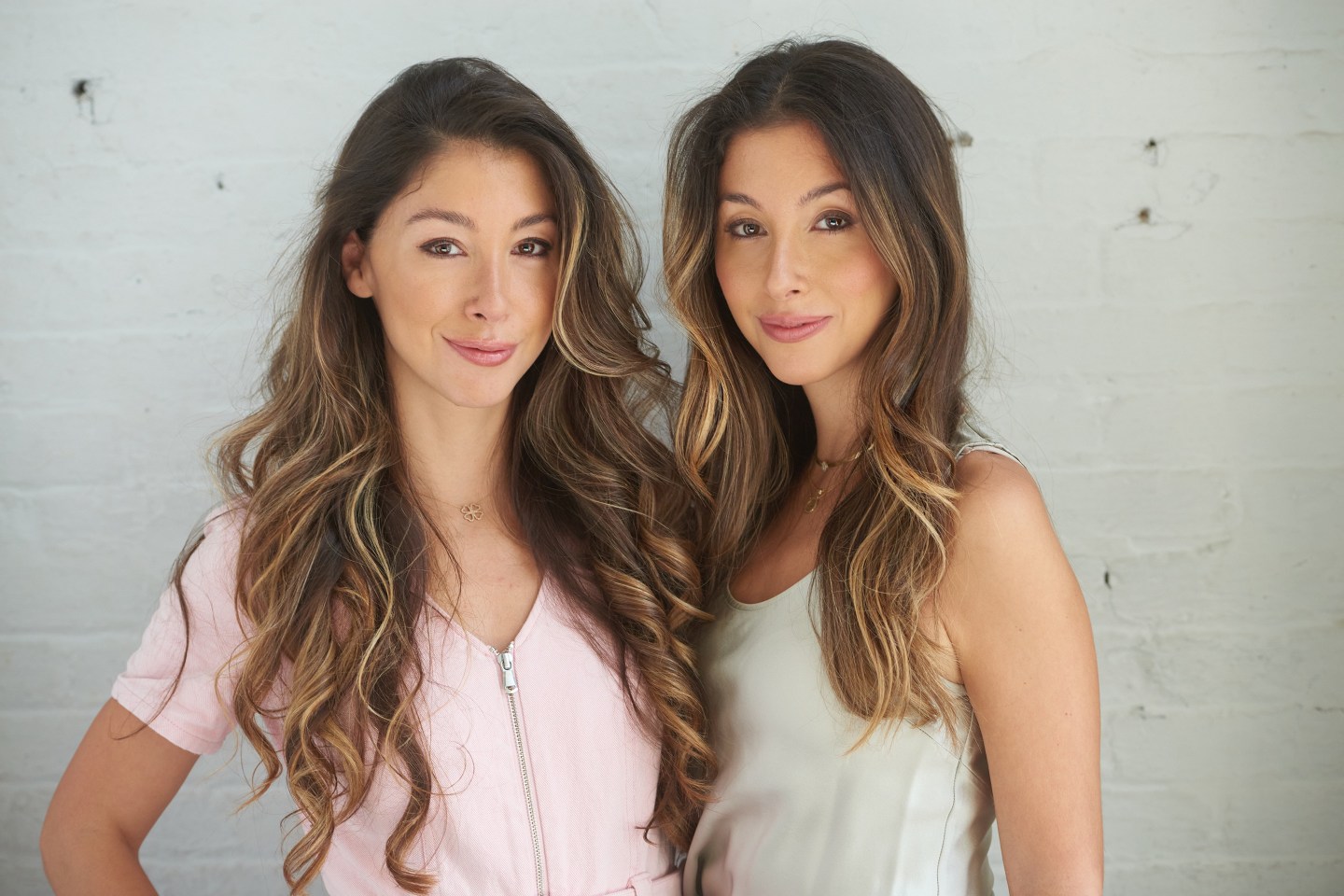 – Built for beauty. Operating expenses like rent and labor can account for nearly 80% of most beauty salons’ revenue, and turning a profit requires high marketing spend, repeat clients, and low overhead. That’s where GlossGenius, an all-in-one business operations platform for beauty and wellness professionals, comes in.

GlossGenius helps salons and spas streamline back-office management like payments, booking, inventory, communications, and marketing all on one platform. Launched in 2016, the startup now has over 40,000 businesses using its platform, overseeing more than $2 billion in transaction activity annually.

“It’s a really strong testament to the business,” Danielle Cohen-Shohet, founder and CEO of GlossGenius, tells Fortune. “We’re doing something really big [and] we have a lot to show for it.”

GlossGenius is the brainchild of Cohen-Shohet, who first dabbled in the payments space during her senior year at Princeton when she and her twin sister Leah created a digital receipts platform. Both went on to work at Goldman Sachs soon after graduation. Danielle, who had previously worked as a freelance makeup artist, saw an opportunity to disrupt how small businesses handle their operations. She taught herself how to code and landed a spot in Sephora’s inaugural accelerator program in 2016. That same year, she launched GlossGenius.

GlossGenius has attracted a loyal user base since its founding. “I remember early on seeing customers posting such evangelistic love for GlossGenius, [which is] in an otherwise unsexy industry,” says Leah Cohen-Shohet, GlossGenius’s chief business officer. She officially joined the company in May 2021, though she has worked behind the scenes with her sister since its inception.

In its early days, particularly during beta testing, many of GlossGenius’s users came through word-of-mouth testimonies. The platform has since amassed a cult following of sorts, with users sometimes riffing on its logo in their various designs.

Some users have painted their nails to mimic GlossGenius’s design.
Courtesy of GlossGenius

This type of loyalty is unsurprising for an industry that has largely been underserved. While plenty of one-size-fits-all payment platforms like Square exist for small businesses, Cohen-Shohet says small businesses in the beauty industry need a purpose-built platform, similar to Toast for restaurants and Shopify for e-commerce. Existing operations software for the beauty industry tends to serve larger salons and teams, making it costly and difficult for smaller enterprises to manage.

GlossGenius’s membership pricing starts at $24 per month, and the company says users report a 25% to 100% boost in revenue after joining GlossGenius.

The startup plans to use its new funding to expand its workforce and build out new products and services. Over 70% of GlossGenius users are women, with many from underrepresented backgrounds. In the beauty industry more broadly, women and people of color have a larger representation than in the overall U.S. workforce. Because of their stronger presence in the sector, GlossGenius believes that its services go beyond optimizing business operations and can even help propel economic mobility.

“Our product is creating a stronger local fabric and elevating small business entrepreneurs, particularly those with diverse backgrounds, because that’s the fabric of the beauty and wellness industry,” says Leah.

- Clear understanding. Hillary Clinton says she still thinks a woman can become president, despite a "feeling of increasing pushback to women’s ambitions and roles." Variety

- RTO reversal. General Motors is delaying its return-to-office mandate—just days after it was first announced—due to employee backlash. A Tuesday memo, signed by CEO Mary Barra, says GM won’t mandate specific in-office days, and corporate employees won’t be required to return to the office before 2023. CNBC

- The wealthiest women. Julia Koch, the widow of Koch Industries billionaire David Koch, is now the richest woman in America, unseating Walmart heir Alice Walton, according to the Forbes 400 list. But America's richest women as a group are poorer than in 2021. Forbes

- Expanded care. Walmart has added fertility care to its employee benefits. The retail giant is partnering with fertility clinic network Kindbody to offer access to treatments like IVF, as well as surrogacy and adoption benefits to associates and their dependents.

- Leading the workforce. Women now outnumber men in the U.S. college-educated labor force, according to Pew Research Center. Women over 25 with a bachelor’s degree or higher grew to 31.3 million in the second quarter of 2022, up from 29.1 million at the same time in 2019. Pew Research Center

- Beyond the hijab. Protests in Iran rage on after the death of a 22-year-old woman who was killed in police custody for allegedly breaking the country's hijab law. Though the law sparked the demonstrations, women protesters are also challenging their secondary status to men in government, parenting, marriage, and the workforce. New York Times

- Marriage in Cuba. Cuba overwhelmingly voted to legalize same-sex marriage in its Sunday election. Nearly three-fourths of those eligible to vote turned out for the election, and over two-thirds voted in favor of legalization. CNN

- No good excuses. Apple CEO Tim Cook said on Monday that there are “no good excuses” for the lack of women in tech, adding that there aren't enough women in computer science and that schools should mandate coding courses for all students before they complete their education. BBC

Why is Hollywood still so obsessed with The Stepford Wives? The Cut

“It's important for women to see that there is freedom on the other side of fear.”

—Retired track and field athlete Allyson Felix who started Saysh, a footwear and lifestyle brand, after speaking out against Nike’s maternity policies.