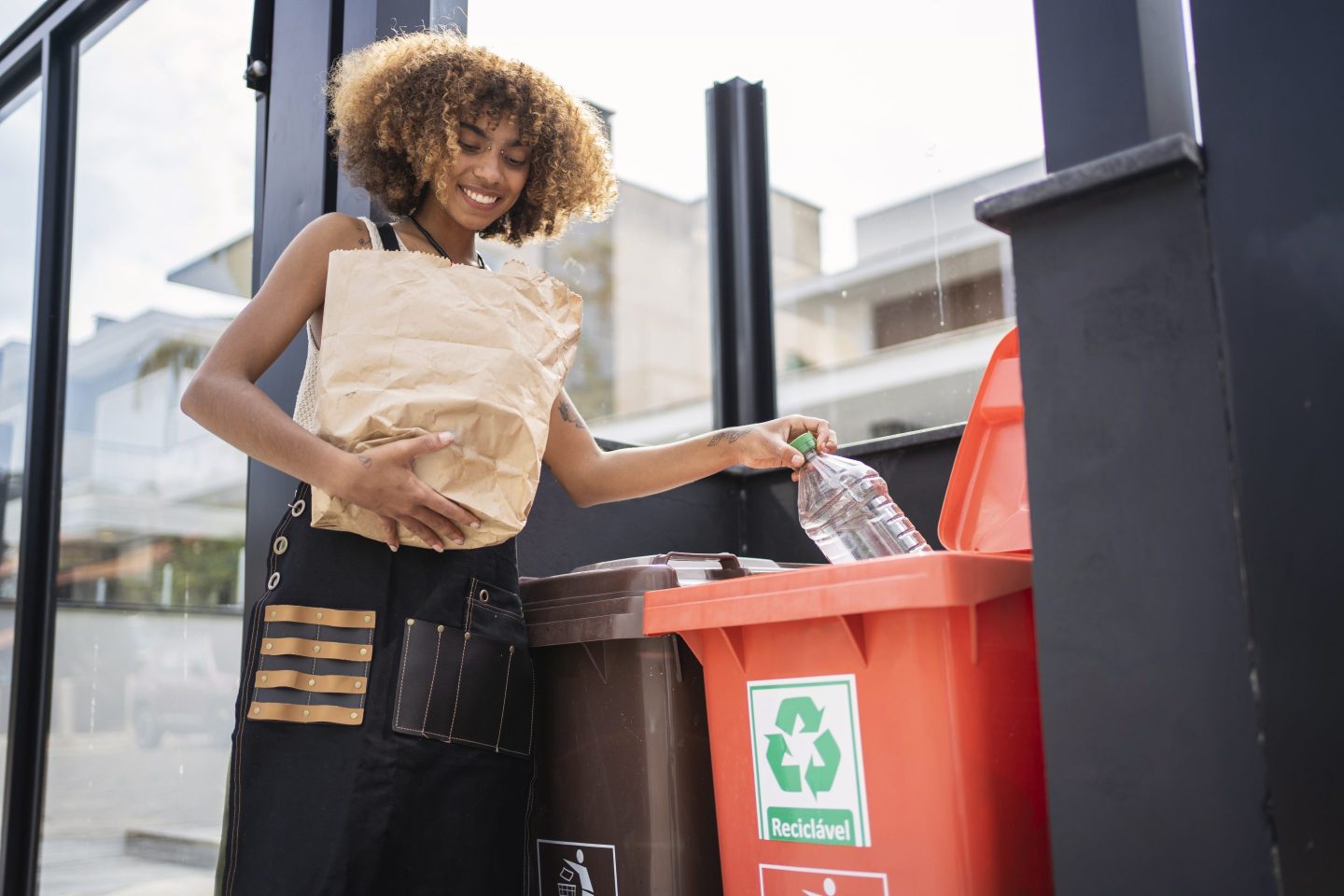 L’Oréal is betting big on the future of sustainability. It hopes young workers are paying attention.

The France-based cosmetics giant is the founding donor of The Recycling Partnership’s recently launched Small Town Access Fund (STAF), which supports recycling programs in U.S. towns with less than 50,000 residents. Its support is set to bring better recycling access to nearly 45,000 U.S. households, which could bring 6 million pounds of recyclables that are currently wilting in landfills into the system each year. It will also provide recycling education to over 78 million people across the country.

The partnership comes at a time when climate anxiety is reaching a fever pitch, for good reason. Extreme weather is becoming more and more commonplace, which the Center for Climate and Energy Solutions says is a bellwether for graver climate emergencies to come.

L’Oréal is trying to do its part in combatting climate change with a sustainability transformation strategy and deep commitment to solving environmental challenges, Marissa McGowan, Chief Sustainability Officer for North America at L’Oréal, tells Fortune.

Forty percent of single-family residents in the U.S., or 40 million people, lack recycling services that match up to trash services, per the partnership’s Paying It Forward report. Small, rural areas tend to suffer most thanks to financial limitations stemming from lower population density. Without curbside recycling programs, many towns are left with just drop-off options.

These can add up significantly. Individual households generate 767 pounds of recyclable material annually on average. STAF hopes to bring that way down.

On the home front, McGowan says L’Oréal has “a number of commitments” to improve its own plastic usage by the end of the decade, such as using 100% recycled or “bio-based” plastic and ensuring 100% of plastic is refillable, reusable, recyclable, or compostable.

Those are bold, McGowan admits, adding that’s why bridging the systemic gap—through programs like STAF—is so vital. Seed financing STAF signals to other corporations that the program is credible and legitimate, “and [that] there’s real backing behind this,” she says. “Then others get involved, and hopefully you multiply the impact.”

Appealing to the face of sustainability: Gen Z

McGowan hopes the partnership will also help L’Oréal tap into Gen Z. Research has shown that Gen Z workers care deeply about working for companies that align with their interests and values. Chief among them is climate change activism, which many Gen Zers have grown up prioritizing. Few are willing to work for a company that doesn’t share their urgency.

“I cannot imagine a career that isn’t connected to even just being a small part of a solution,” Mimi Ausland, 25, the founder of Free the Ocean, a company that aims to leverage small actions to remove plastic from the ocean, told The Guardian last year.

“My hope comes from younger people who see sustainability as a given; it’s not political, it’s not something that’s debatable. Climate change is happening,” McGowan said. “So how do we address it in a way that feels consistent with our values?”

Young workers are asking these questions and demanding employers answer them, McGowan knows—and she relates. “I always just think about myself; that’s what I want. And I hope other people want that as well.”