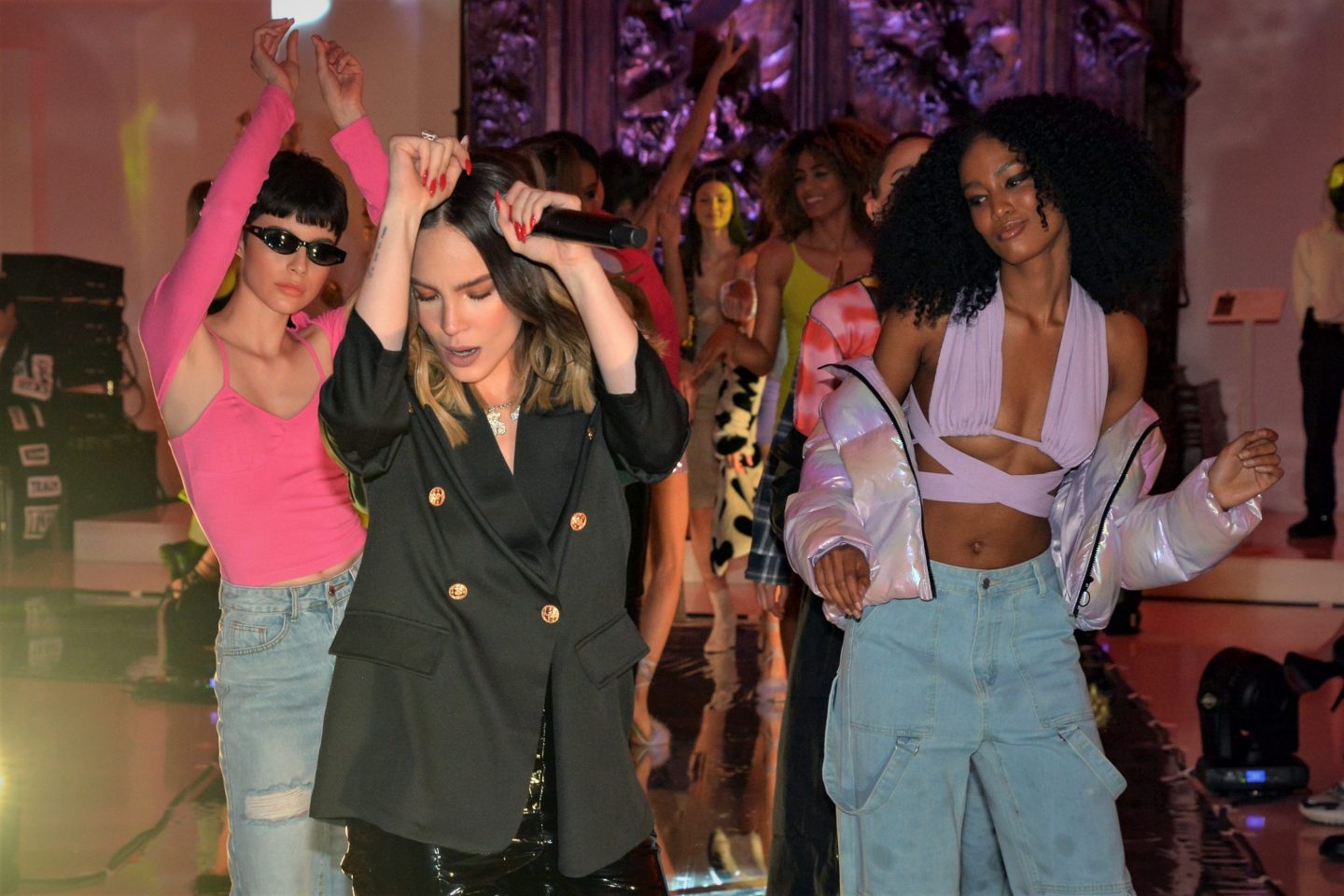 Gen Z, or people born between 1997 and 2009, are often referred to as the eco-conscious generation. Climate change and protecting the environment rank at the top of their concerns, according to a recent survey by Deloitte, and those matters—supposedly—shape what how they shop. In the U.S., 75% say a brand’s sustainability is important when making a purchase, and 62% prefer to buy from sustainable brands, according to research from consumer analytics firm First Insight and the University of Pennsylvania’s Wharton School.

Yet Gen Z customers represent the core demographic buying clothing from Shein, the China-based ultra-fast fashion retailer known for pumping out inexpensive, trendy items at a faster clip—roughly 6,000 new designs per day—than even fast fashion stalwarts like H&M and Zara. Shein’s popularity among young consumers, particularly Gen Z women, helped lift its valuation to an estimated $100 billion in April, making it the world’s third-most valuable private company and worth more than Zara and H&M combined.

Shein is notorious for its opaque business practices. It has been criticized for having an outsized environmental footprint and stealing looks from independent designers, global fashion labels, and rivals like Zara. As a private company, little is known about Shein’s actual carbon footprint and supply chain. A Shein spokesperson told Fortune that the company “respects… the intellectual property rights of others.” Shein is “committed to lowering emissions and reducing waste at every stage” of its supply chain, it said in its 2021 sustainability report. But the fashion industry is one of the world’s biggest industrial polluters, accounting for 8-10% of greenhouse gas emissions from human activity, according to various estimates. Shein’s brand of ultra-fast fashion is particularly egregious, critics say. It runs on a business model of manufacturing cheap clothes made of polluting, synthetic fabrics that are easily discarded when the next trend hits.

Yet Shein has zeroed in on a formula that can tempt even the most eco-conscious consumer. Its super-low prices—its newest summer dresses are priced as low as $8, or $3 on sale—promise shoppers the thrill of a quick bargain compared to the slow toil of saving the planet, says Alison Malmsten, marketing director at China-based consumer consultancy Daxue Research, told Fortune. “There’s nothing stronger than that… [immediate] hit people get when they score an [inexpensive] dress. It’s much more satisfying than the things we need to do and the choices we have to make in order to become more sustainable,” Elizabeth Shobert, vice president of marketing and digital strategy at STYLESAGE, told the Daily Beast.

Shein has paired that rush with social buzz and sales tactics that essentially gamify shopping. The daily release of thousands of cheap, new styles encourages young consumers to refresh their wardrobes regularly and fills fans’ social feeds with video after video of influencers (some paid, some not) unveiling new Shein items. The clips, known as #sheinhauls, have notched over 5 billion views on short-video platform TikTok alone.

“The social effects are real… and people only have so much power to avoid these forces,” Alixandra Barasch, an associate professor of marketing at NYU, told the Daily Beast. Young consumers—many of whom don’t yet have steady income—are reeled in by Shein’s low prices and the social pressure to keep up with trends, Malmsten says. Individuals can believe in and advocate for sustainability, but, at the same time, fall victim to moments of “impulse and indulgence,” says Kate Nightingale, founder and head consumer psychologist at Humanising Brands. The same customer that buys from Shein might also choose to “cycle to work, use eco-friendly beauty products and plant their own herbs,” illustrating the complexities behind consumer behavior, Nightingale says.

The fast fashion industry can only shift towards a more sustainable model if governments rewrite the rules by creating new regulations such as implementing a ‘polluter pays’ principle, whereby manufacturers pay for the cost of the disposal of their goods, says Alice Payne, associate professor of fashion at Australia’s Queensland University of Technology. Policymakers should tax carbon and water to “include social costs,” Pucker says. “This would discourage their use” and encourage innovation and renewable energy adoption, he said.

India is battling an unprecedented heatwave that's "testing the limits of human survivability," Chandni Singh, senior researcher at the Indian Institute for Human Settlements and lead author at the Intergovernmental Panel on Climate Change (IPCC), told CNN. Some parts of the country like central and northwest India, are facing temperatures not seen in over 120 years. The heat stress is taking a toll on India's agricultural workers and threatening its wheat output. Climate change will exacerbate the intensity, duration and frequency of heatwaves, with India set to be one of the worst-affected countries from the climate crisis, experts say. CNN

In the U.S., investors are betting big on carbon removal technologies. In the past month, a consortium of private equity investors, along with Elon Musk—the world's richest person—and Google parent Alphabet have pledged over $2 billion for carbon removal-focused startups. The firms include Switzerland's Climeworks, which has built a machine made of large fans to suck carbon from the air, and the U.S.'s Verdox, which has created a plastic to remove CO2 from the atmosphere when charged with electricity. The Biden administration has also promised $3.5 billion for the creation of four hubs where carbon removal technologies can be tested and developed. Bloomberg

U.S. President Joe Biden has launched a $3.1 billion plan to increase domestic manufacturing of electric vehicle (EV) batteries as part of a larger effort to speed up the country's adoption of EVs and renewable energy. The funds will help build battery recycling facilities, and support initiatives to build, refurbish, and expand battery and battery-component manufacturing, the Department of Energy said. "These made-in-America batteries [will] help reduce emissions and create opportunities across the country," White House national climate advisor Gina McCarthy said on Monday. CNBC

One in 25 Australian homes will be uninsurable by 2030, meaning that citizens won't be able to afford homes due to prohibitively expensive or unavailable insurance premiums, says a new report from the Climate Council, an Australian non-profit organization. The country's extreme weather events in recent years, like severe bushfires and floods, have led to higher home insurance costs. Home insurance premiums begin to escalate once there's a "more than 1% chance" that the property could incur damage from an extreme weather event, Karl Mallon, CEO of Climate Valuation, which researches the financial impacts of climate change on residential property, told ABC.

Ocean species are facing the possibility of a mass extinction—the most severe extinction in 250 million years—if ocean warming caused by greenhouse gas emissions continue unabated, says a new study published in Science. At the end of the Permian Age 250 million years ago, approximately 90% of marine organisms went extinct because oceans became too hot, too acidic and deoxygenated. Today, the temperatures of the world's oceans and their oxygen levels are nearing that same tipping point for certain species like Arctic cod and organisms such as ocean coral, Curtis Deutsch, a Princeton University geoscientist said in the report. Inside Climate News