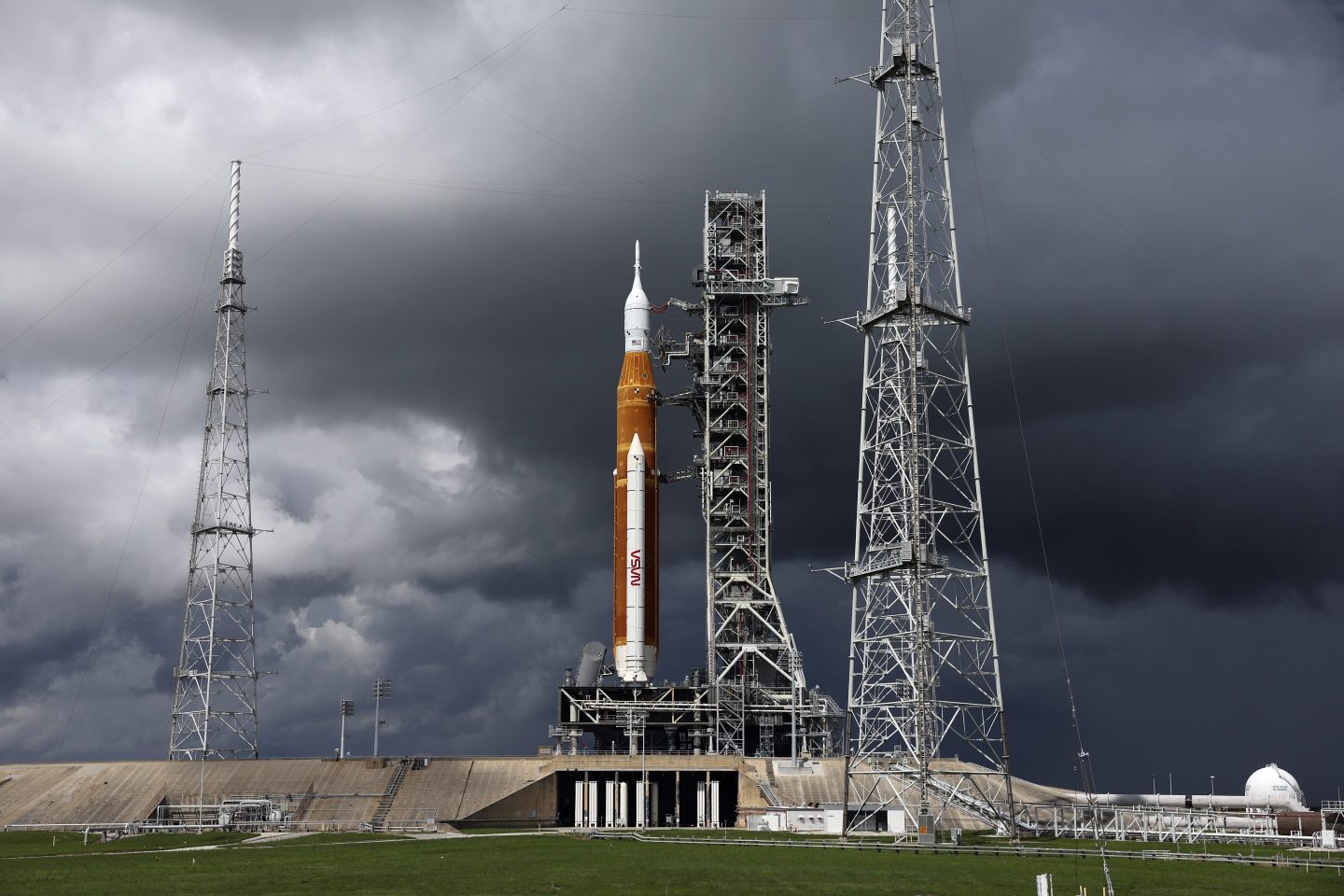 The next available launch window for Artemis runs from Oct. 17-31.
Kevin Dietsch—Getty Images

As Hurricane Ian gathers strength and prepares for a collision with Florida’s Gulf Coast, officials at NASA have rolled the Artemis I rocket off of the launch pad as a precautionary measure.

That’s going to push the next launch attempt for the spacecraft into mid- to late-October at least.

“Managers met Monday morning and made the decision based on the latest weather predictions associated with Hurricane Ian, after additional data gathered overnight did not show improving expected conditions for the Kennedy Space Center area,” NASA said in a statement. “The decision allows time for employees to address the needs of their families and protect the integrated rocket and spacecraft system.”

While the rocket can withstand sustained wind gusts of up to 85 mph, the threat of tornados and even higher gusts led flight officials to decide on the pullback, which will begin at 11:00 p.m. ET on Monday.

Jim Free, NASA’s Associate Administrator for Exploration Systems Development, called it “the right and necessary decision to keep our people and hardware safe” in a Tweet.

Artemis 1, an unmanned rocket, is scheduled for a mission to the Moon and back that will last up to 42 days. If all goes according to plan, the Artemis 2 mission will send astronauts into lunar orbit in 2024. In either 2025 or 2026, the Artemis 3 mission will land on the lunar South Pole, with the assistance of SpaceX’s Starship, returning humans to the surface.

The moon, of course, isn’t the final destination. NASA hopes, long-term, to learn the best ways to live, work and survive in hostile outer space conditions. That will make crewed missions to Mars feasible by the mid-2030s.