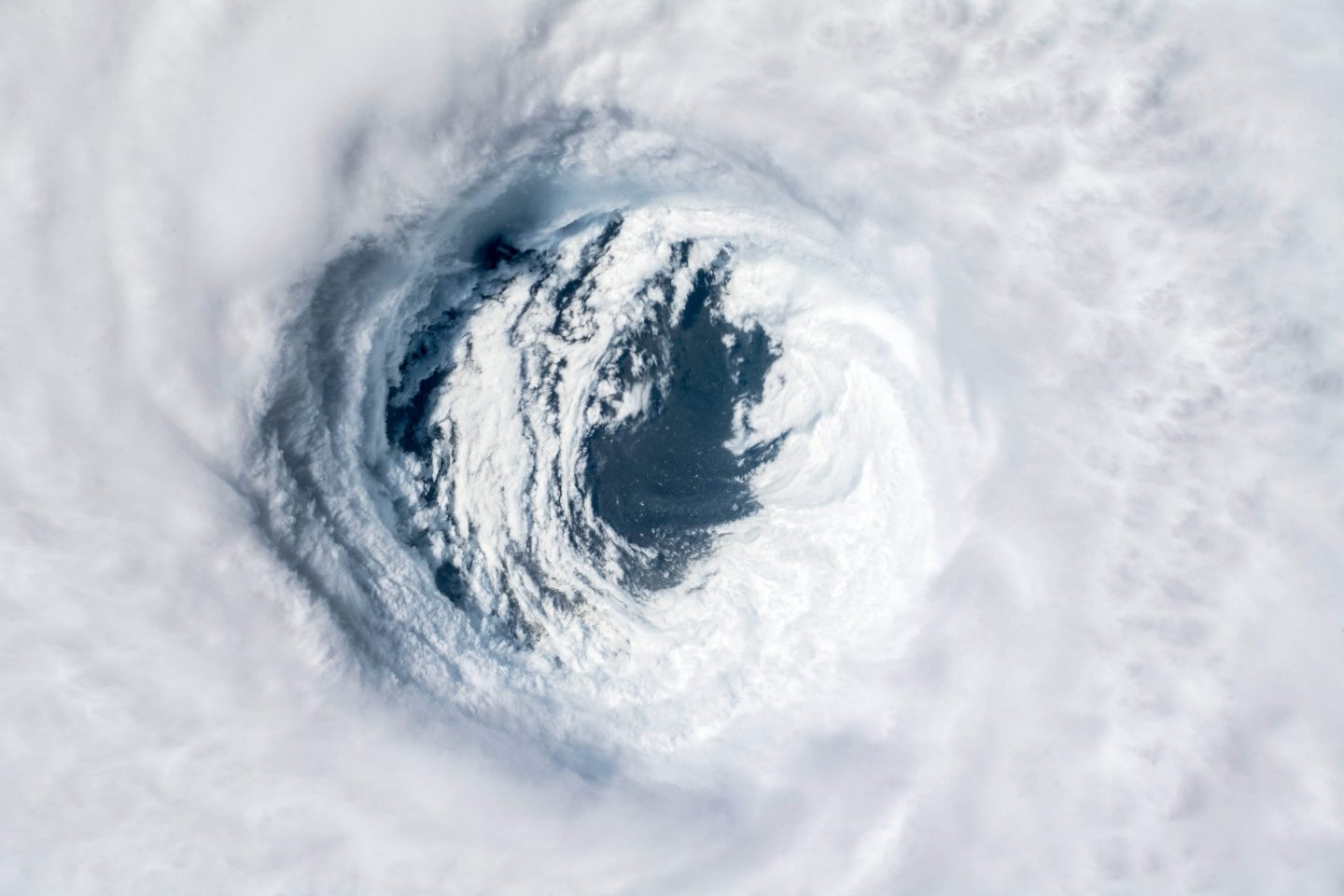 Tropical Storm Ian could become a hurricane like the one above—and hit Tampa hard.

Tropical Storm Ian is raising uncertainty for Florida, as a small shift in the track could mean a $30 billion disaster for Tampa or a landfall in a sparsely populated area of the state’s Panhandle next Thursday.

Ian’s top winds reached 45 miles per hour, about 300 miles south-southeast of Kingston, Jamaica early Saturday, according to the US National Hurricane Center. The storm could grow into a Category 3 hurricane with winds of 115 mph landing on Florida’s west coast by the middle of next week.

In other recent storms, initial tracks have seemed to point to Tampa taking a direct hit, only to see them shift away over time and hit the Panhandle or the central Gulf coast.

“The concern with the track now is it is a very rare track for a storm to take,” said Adam Douty, a meteorologist at commercial-forecaster AccuWeather Inc.

A direct strike on Tampa from a Category 3 hurricane would push a wall of water into Tampa Bay, flooding the city and its suburbs and causing as much as $30 billion in losses and damage, said Chuck Watson, a disaster modeler with Enki Research. There is about a 40% chance it hits Tampa and a 45% chance it actually drifts further north and spares the city, said Ryan Truchelut, president of commercial-forecast Weather Tiger.

Part of the issue is Ian itself, Truchelut said. The newly formed storm is still developing its center, and that is a crucial piece of information meteorologists and computer forecast models need to determine where a storm will go.

“The center is jumping around,” Truchelut said. “We are at a place of maximum uncertainty; the structure of the storm hasn’t resolved itself yet.”

When Ian was first named Friday, its center appeared to be further north, but since then Hurricane Hunter aircraft have found it is south, which means it could take a more westerly track, Truchelut said.

This is potentially a better outcome for Cuba and for Florida. Ian is forecast to rip across western Cuba Tuesday before hooking into Florida.

The other factor is larger weather patterns across the US, Douty said. A low-pressure trough in the eastern US looks like it will pull Ian north, but that system itself is moving. How and when these pieces come together will also determine where Ian will go.

Truchelut said a trend toward the west wouldn’t just help Tampa, it could also lessen potential impacts for Miami and cities in southern Florida, as well as citrus growers across the state.

Ian is the ninth storm of the Atlantic hurricane season. Hurricane Fiona struck Nova Scotia earlier Saturday knocking out power and dropping flooding rain after battering parts of the Caribbean and knocking out power in Puerto Rico.