‘This is something that has never happened before:’ Student loan borrowers should prepare for site crashes and long waits when forgiveness application goes live 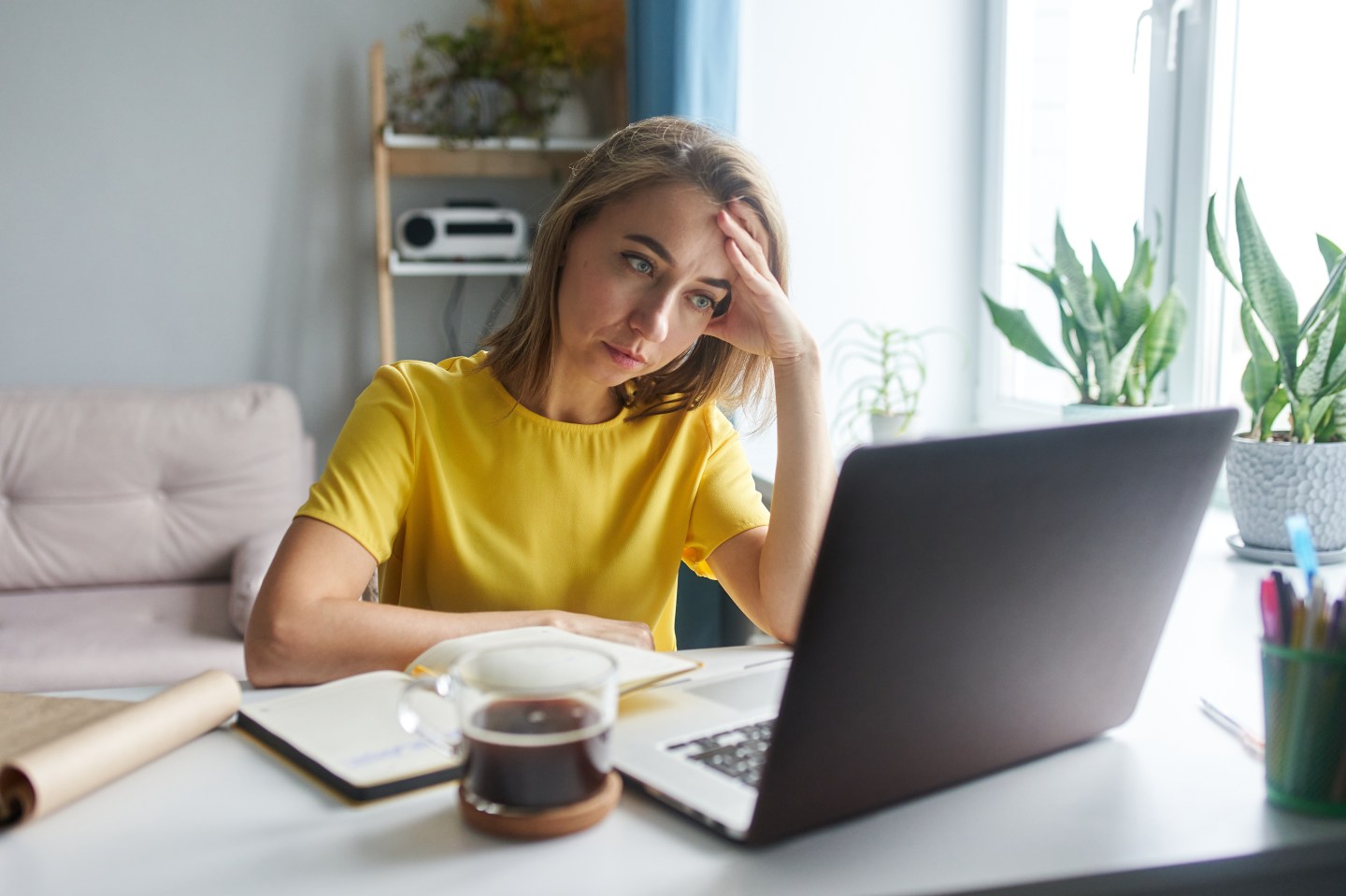 When President Joe Biden and the U.S. Department of Education announced last month that most federal borrowers would receive between $10,000 to $20,000 in student loan forgiveness, the Federal Student Aid website, as well as those of several servicers, became so overwhelmed with traffic that they were inaccessible for multiple days.

Some experts warn that if the administration does not take the proper steps to prepare now, the problem will persist when the application for federal student debt relief actually goes live in a few weeks—and borrowers will be infinitely more frustrated when they cannot access the forgiveness.

“This is going to be something that’s never happened before,” says Bobby Matson, founder and CEO of Payitoff, a debt management company, of the one-time forgiveness efforts. Similar to the rollout of the COVID-era stimulus checks, some “borrowers may have to wait a bit.”

Of course, borrowers won’t be happy if they run into problems with the application process, he says—especially after waiting months for President Joe Biden to make a decision on cancellation at all after campaigning on it. More broadly, the site crashing or being inaccessible could prevent some borrowers from receiving the relief Biden is promising.

Student loan servicing companies will bear the brunt of the forgiveness efforts, including being tasked with communicating with borrowers and answering questions they may have about the process. That’s a lot of additional work for companies that were stretched thin over the pandemic, laying off much of their workforces.

And quickly following the application, the federal government and loan servicers are also slated to restart federal loan payments in January. An undertaking like that—never mind two attention-grabbing events in a row with the forgiveness effort—”hasn’t happened in financial services history,” notes Matson. A lot could potentially go wrong.

“If they can’t roll this out, borrowers could end up in a position where they lose trust” that the government will ever be able to deliver student loan relief, says Matson.

That could be bad for Biden and other Democratic political candidates, especially when the application is set to open right before the midterm election.

“It’s all about execution now,” says Laurel Taylor, founder and CEO of Candidly, a student debt and savings optimization platform. “Borrowers are really excited now, they’re ready to claim this forgiveness. This moment is so critical over the next four, five, six months for the Biden administration, for servicers, for the Department of Education.”

Fraud and taxes could complicate things

Another potential issue: Some borrowers lying about their income in order to meet the eligibility for student loan relief. Individual borrowers must have earned under $125,000 in adjusted gross income in 2020 or 2021 to qualify (double that for married couples and heads of household). Matson says borrowers will likely self-certify on the application that they meet this threshold.

How the Department of Education will verify this remains to be seen, but it could put borrowers and the department “in a weird place” next year if they try to authenticate incomes after the fact.

“If you self-attest something like this, then there’s a giant incentive for a borrower to say, ‘I made $150,000 this year but I’ll say I made $125,000,'” he says. “There could be a lot of language about it, there could be, ‘hey, show us supporting evidence later.’ But that’s a huge undertaking.”

Matson says taxes could be another gotcha. While the federal government will not levy any income tax on the forgiveness, some states will. Many borrowers likely will not be aware of this, and will have a nasty surprise come next tax season.

Still, Matson says the forgiveness effort is “amazing” for borrowers. Assuming it all goes to plan.

“It’s going to be an interesting few months,” he says.