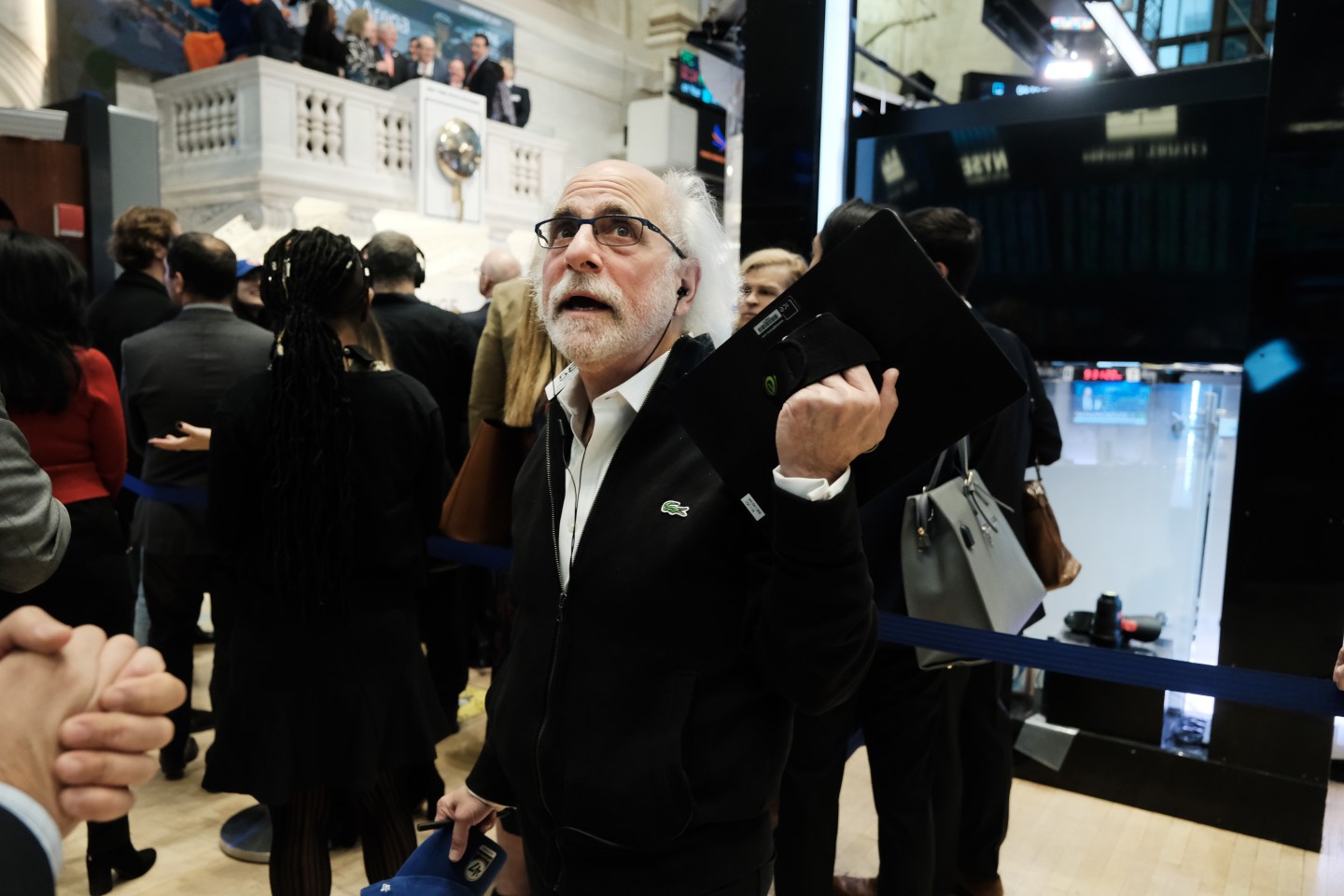 Brokers are digesting a lot of information these days.
Spencer Platt—Getty Images

U.S. futures moved modestly higher Thursday as central banks in Europe and Asia tightened their monetary policies after another big interest rate hike from the U.S. Federal Reserve this week in what is becoming a global effort to cool spiraling inflation.

Wall Street’s benchmark S&P 500 index fell 1.7% to a two-month low after the Fed raised its key lending rate Wednesday by 0.75 percentage points to a 14-year high. The Fed indicated it expects that rate to be a full percentage point higher by year’s end than it did three months ago.

“The Fed still managed to out-hawk the markets,” Anna Stupnytska of Fidelity International said in a report. “Economic strength and a hot labor market point to a limited trade-off — at least for the time being — between growth and inflation.”

London and Frankfurt declined after Switzerland’s central bank also raised its benchmark lending rate by its biggest margin to date — 0.75 percentage points — and said it couldn’t rule out more hikes “to ensure price stability.” The Bank of England raised its rate by a half-point, as did the Philippines’ central bank. Norway hiked its benchmark rate as well.

Sweden caught almost all economists off guard this week with a full point hike.

The Fed and central banks in Europe and Asia are raising rates to slow economic growth and cool inflation that is at multi-decade highs.

Traders worry they might derail global economic growth. Fed officials acknowledge the possibility such aggressive rate hikes might bring on a recession but say inflation must be brought under control. They point to a relatively strong U.S. job market as evidence the economy can tolerate higher borrowing costs.

“The Fed’s new economic projections highlight it will tolerate a recession to bring inflation down,” said Gregory Daco of EY Parthenon in a report.

The yield on the 2-year Treasury, or the difference between the market price and the payout if held to maturity, rose to 4.09% on Wednesday from 3.97% late Tuesday. It was trading at its highest level since 2007.

Fed chair Jerome Powell stressed his resolve to lift rates high enough to drive inflation back toward the central bank’s 2% goal. Powell said the Fed has just started to get to that level with this most recent increase.

The U.S. central bank lifted its benchmark rate, which affects many consumer and business loans, to a range of 3% to 3.25%. That is the fifth rate hike this year and up from zero at the start of the year.

The Fed released a forecast known as a “dot plot” that showed it expects its benchmark rate to be 4.4% by year’s end, a full point higher than envisioned in June.

U.S. consumer prices rose 8.3% in August. That was down from July’s 9.1% peak, but core inflation, which strips out volatile food and energy prices to give a clearer picture of the trend, rose to 0.6% over the previous month, up from July’s 0.3% increase.

The global economy also has been roiled by Russia’s invasion of Ukraine, which pushed up prices of oil, wheat and other commodities.

In energy markets, benchmark U.S. crude gained 89 cents to $83.83 per barrel in electronic trading on the New York mercantile Exchange. The contract fell $1 to $82.94 on Wednesday. Brent crude, the price basis for international oil trading, advanced 86 cents to $90.69 per barrel in London. It lost 79 cents the previous session to $89.83.

The yen had fallen to a 24-year low against the dollar after Japan’s central bank left its key lending rate unchanged, then moved higher following an intervention by the bank in the foreign exchange market.

The major Wall Street indexes are on pace for their fifth weekly loss in six weeks.