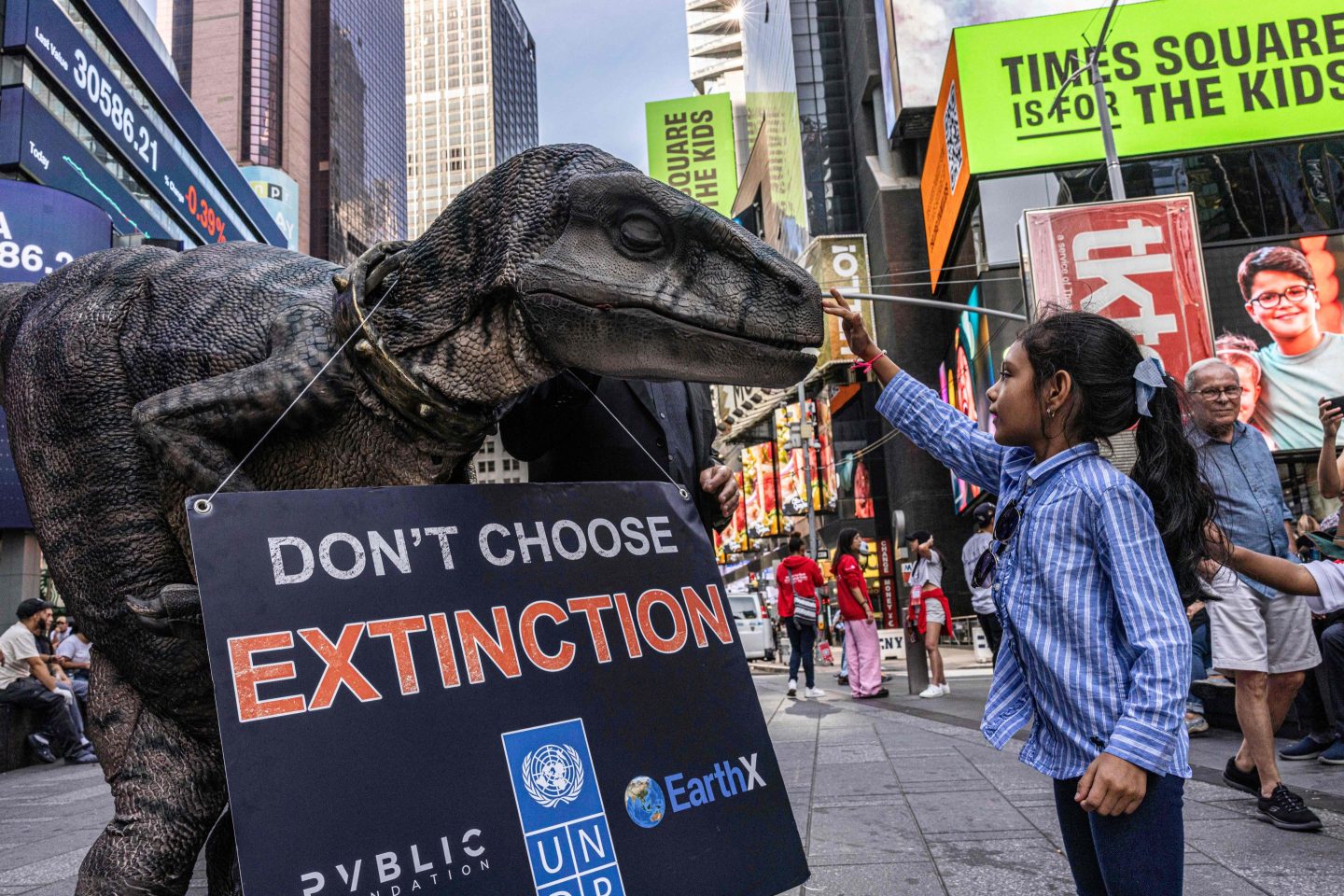 The world has been talking about accelerating climate action for a very long time. With the UN General Assembly and New York Climate Week in full swing, the word “acceleration” remains prominent on the agendas in many of the meetings. So why, as UN Secretary-General António Guterres stated last week, is climate action flatlining? And what needs to be done to jolt the world into action?

It is true that the energy transition is facing powerful headwinds. COVID, and the invasion of Ukraine by Russia, have impacted global markets and economies like nothing else in recent times. With national finances impacted, and economic shocks affecting everyone in society, some have raised doubts about the need to speed up the energy transition.

These new doubts come on top of the fact that the world’s progress toward decarbonization was already slower than necessary. 80% of the world’s energy consumption is still covered by fossil fuels, versus 20% by electricity. And even, 60% of this electricity is produced with coal, natural gas, and oil. The IEA forecasts that between 2021 and 2026 the world will see 60% more renewables come online than we did than in the previous five years. But the IEA also points out that this trend is not on track to meet its own Net Zero by 2050 Scenario.

The fact that the global switch to clean energy is moving at a jogging pace rather than the required sprint should alarm us all.

There are, however, real beacons of light. Until now, the unquestionably positive environmental impacts of renewable energies have overshadowed the other benefits of clean electricity: energy self-sufficiency, improvements in trade balance, and opportunities for industrial development. Last, but not least, switching to renewable electricity reduces energy costs, improving competitiveness. These benefits are finally beginning to get the attention they deserve.

Significant pieces of the energy transition puzzle are already in place, and some others are coming together, driven by current geopolitical developments. Within the last two months, many big emitters–the U.S., EU, and Australia have upgraded ambitions on clean energy rollouts. Private companies are also investing at record levels to drastically scale up the delivery of clean energy projects – and there is increasing interest from investors to provide green finance. Iberdrola, already a world leader in renewable energy and power networks with 40,000 MW in operation, aims to more than double its renewable energy capacity in just a decade.

Substantial barriers do remain. Local, national, and international policies and regulations are all too often not aligned. For example, it can still take more than five years to gain permits from a wide range of authorities for a large clean energy project that can be built in just 12 months. Administrative processes should not take five times longer than the process of delivering urgently needed green megawatts or reinforcing the grid to distribute them. Also, the interventionism of some countries of the European Union discourages investments, slowing down the growth of renewables and the energy transition itself.

There are some obvious improvements that can be made quickly to strengthen economic, policy, and regulatory frameworks in most countries across the world to accelerate renewable energy investments. Columbia University is working on a new report that aims to give policymakers a sharper view on how to overcome obstacles to scaling renewables and network and storage infrastructures.

For all the ambitious statements since Paris in 2015, there are many countries around the world where policy mistakes have been made, or where courage and a sense of urgency have faded away, to the benefit of those who would like nothing to change. But mistakes are learning opportunities–and the report aims to make clear where those opportunities lie.

Policymakers In New York this week should acknowledge that the current headwinds are, in fact, the final warning sign needed to show that the energy transition must move much faster. Disruption in fossil fuel markets can cast a dark cloud over the whole world. It’s time to double down on electrification through renewables, networks, and storage. This is the answer to many of the current issues not only in decarbonization, but also in the areas of affordability, energy autonomy, and security of supply.

The facts show that overdependence on fossil fuels is the cause of the climate crisis, responsible for the current and previous energy emergencies, and largely to blame for several periods of economic turmoil. We have a credible alternative ahead of us that may alleviate the climate crisis, improve energy security, and deliver widespread economic benefits. We must overcome the obstacles and mistakes that are undermining the acceleration of renewables.

Electrification through renewable energies is the only way for countries to quickly have secure, safe, clean, and cheap energy.

Ignacio Galán is the chairman and CEO of Iberdrola.