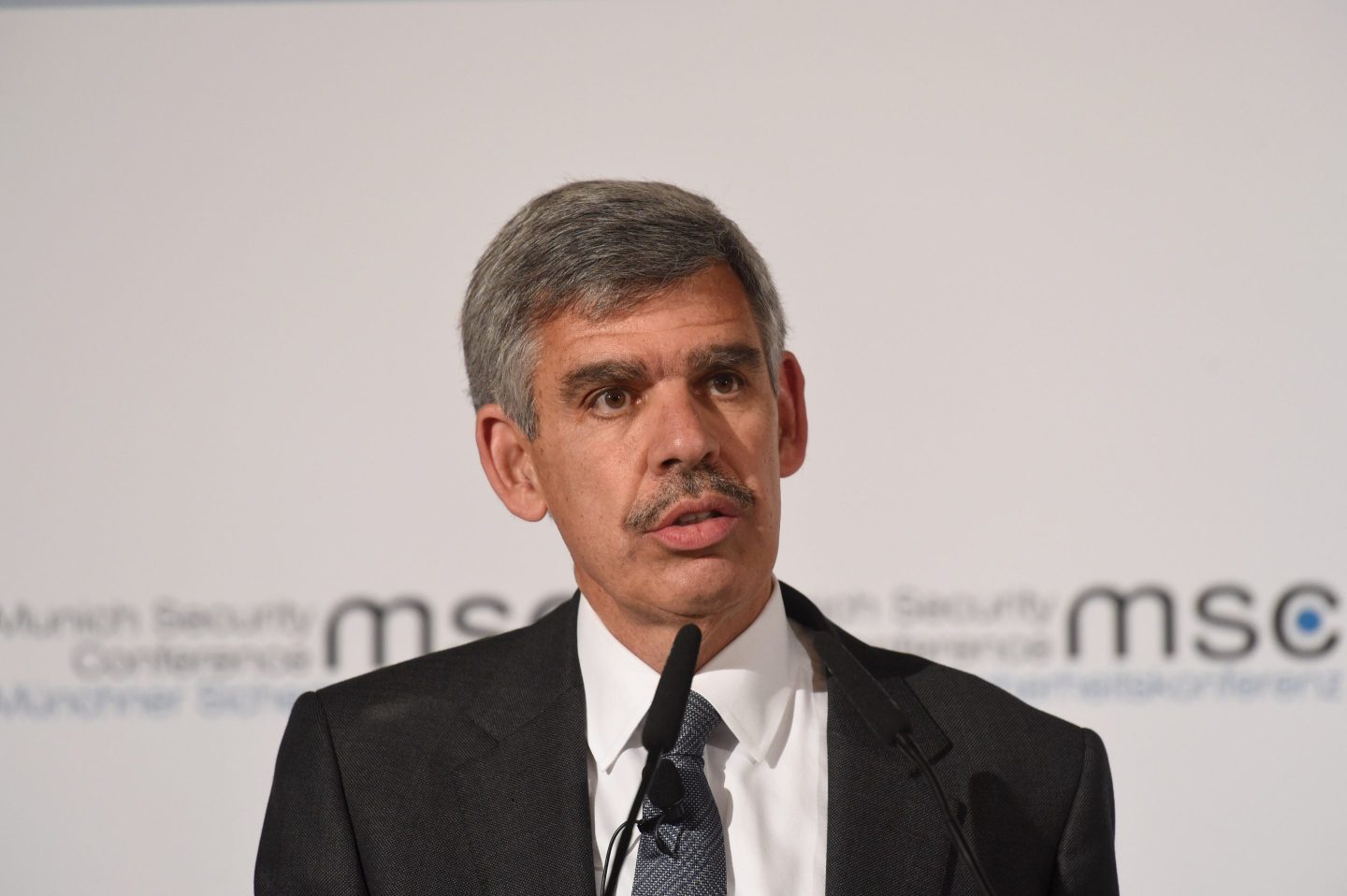 The Federal Reserve could be bringing the “pain” this Wednesday. After all, that’s what chair Jerome Powell said in his policy speech at the Jackson Hole Economic Symposium last month—sending markets all wobbly.

And that was before another hot inflation read wobbled things again.

Economists and investors widely expect the Fed to raise its key short-term interest rate by 75 basis points, which would be the third consecutive time. That would boost the benchmark rate which affects many consumer and business loans to somewhere between 3% to 3.25%, the highest level in 14 years.

Economist Mohamed El-Erian has been one of the world’s most famous Fed watchers for years, going back to his days as CEO of massive asset manager Pimco, and he has a prediction: Today’s likely hike could just be one part of a larger, lasting framework in advanced economies.

“The likely 75-bp hike, and the forecasts and signaling that come with it, will be part of the HFL policy paradigm in the advanced world—higher, faster, and for longer on rates,” El-Erian said on Twitter Wednesday.

August’s CPI report released last week revealed the consumer price index increased 0.1% in July and 8.3% from the previous year—slightly down from July’s year-over-year reading of 8.5% and June’s four-decade high of 9.1%.

El-Erian previously pushed against the idea of “transitory” inflation, even warning of the harmful possibility of global stagflation (slow growth and a high unemployment rate combined with high inflation). He recently told Fortune there were ways policymakers could attempt to avoid stagflation. Of those, El-Erian said the Fed should continue to raise interest rates until inflation is controlled, although that alone wouldn’t do the trick.

“[Stagflation] can be remedied through a more timely, comprehensive policy approach that includes the Federal Reserve finally getting its arms around the inflation problem, pro-growth and pro-productivity structural reforms, better protection of the most vulnerable segments of our society, and improved international policy cooperation,” El-Erian told Fortune.

Meanwhile, economists like William Spriggs, a professor at Howard University, suggest the Fed should slow down its aggressive rate hikes before it drives the nation into a recession and people lose their jobs.

With his tweet on Wednesday, El-Erian seemed to echo his previous sentiment, indicating that interest rates could become higher for longer, with less time passing in between—adding that things might have become more complex amid Russia’s latest move in its war in Ukraine.

“The related complexities have been accentuated by the Russia news just now,” El-Erian wrote.

He was referring to Russian President Vladimir Putin’s prerecorded address to the nation on Wednesday, escalating his war efforts. Putin said he’d order 300,000 more reservists, while also threatening to use nuclear weapons.

The war in Ukraine is already pushing Europe into a recession and fueling its growing energy crisis, so much so that last week El-Erian said a European recession was “a done deal” as far as he’s concerned.

The Fed is expected to make its announcement concerning interest rates, inflation, and the economy at 2 p.m. ET Wednesday.