The Volkswagen heirs have staked their entire $42 billion fortune on the carmaker. The Porsche IPO will force them to double down on the risky bet 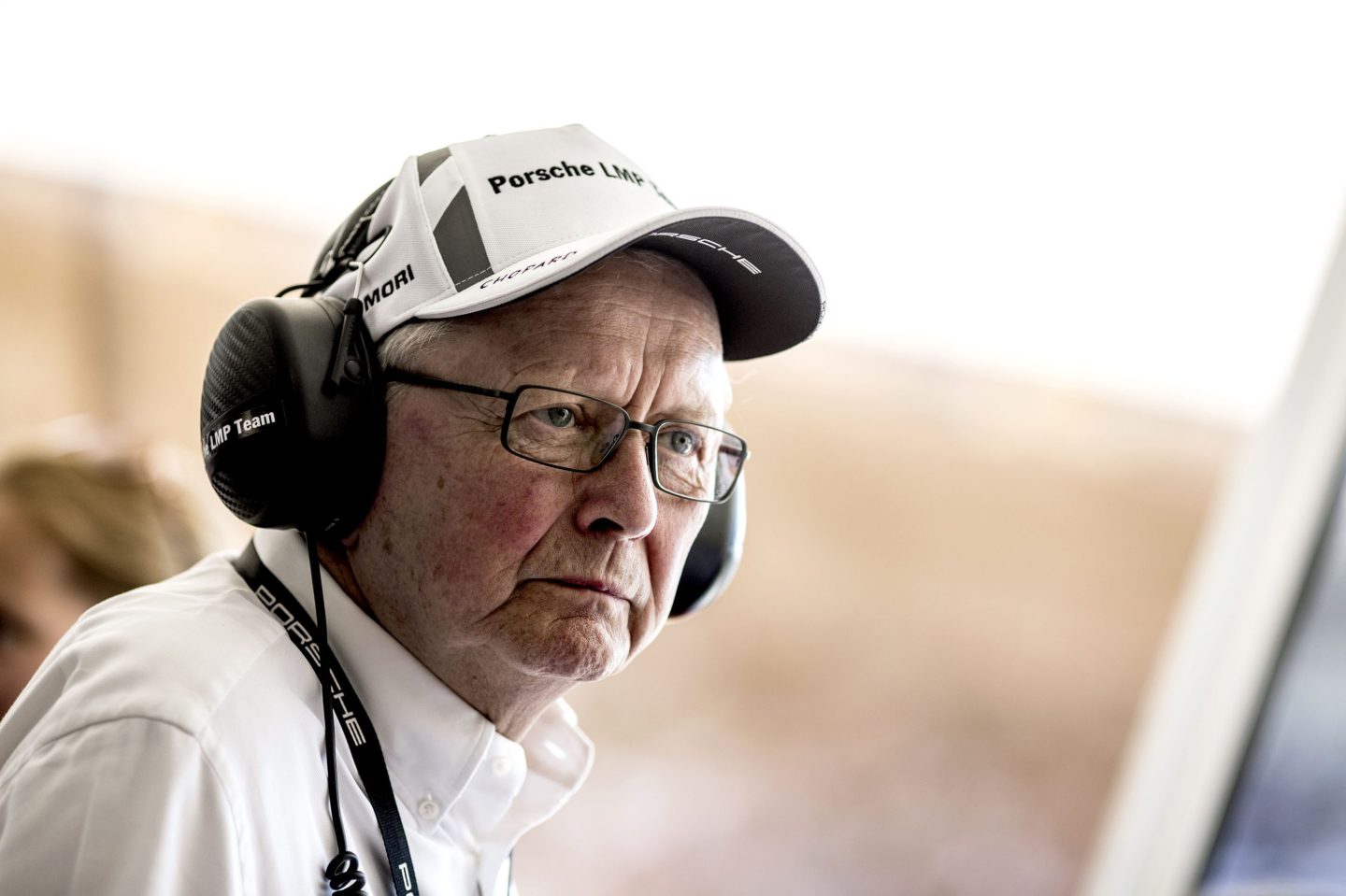 Wolfgang Porsche, the 79-year-old patriarch of the family that controls Volkswagen, watching Porsche's factory team from race control during the 24 Hours of Le Mans in 2017.
Dean Treml—Red Bull/Getty Images

Being the billionaire heirs to Volkswagen may sound like a life spent in the lap of luxury, relaxing on yachts in the Caribbean sun before flying to the Swiss alps on a private jet.

For Austria’s richest dynasty, however, the first and foremost duty is protecting an industrial lineage it traces back to Ferdinand Porsche’s invention of the Volkswagen Beetle in the 1930s—even if it ends up costing them their fortune.

The founder’s aging grandsons, Wolfgang Porsche, 79, and Hans Michel Piëch, 80, and their offspring have staked everything on one company, VW. If electric vehicle newcomers like Tesla in the U.S. and BYD in China become the dominant forces going forward, the clans risk losing their combined wealth of €42 billion ($42 billion), inadvertently fulfilling a family prophecy.

“The first generation builds up, the second maintains, while the third—my generation—normally ruins everything,” predicted the late Ferdinand Piëch in 2010. He famously described his priorities as “Volkswagen, family, money…in that order.”

Unfortunately for the Porsche and Piëch family, the German carmaker faces one of the biggest shakeups in decades as the auto industry goes electric. VW needs billions in investment just as supply chain crises squeeze its operations.

Bereft of options, the German carmaker unveiled plans on Sunday to monetize its most prized possession, Porsche, calling on the dynasty to bankroll an initial public offering of shares in the very asset VW bought off of them in a fire sale when the two clans faced bankruptcy 13 years ago. The family itself will gain little from the Sept. 29 IPO that will raise some €19 billion and value the luxury sports car brand at as much as €75 billion, but with nearly their entire fortune tied up in the VW empire, they have no choice but to double down on their all-or-nothing bet.

At a €75 billion market cap, Porsche would become the world’s fifth-largest carmaker ahead of Mercedes-Benz. That figure may seem steep for a carmaker that only sold about 300,000 vehicles last year, but its chances of securing the hefty valuation are favorable since a number of sovereign wealth funds have already indicated willingness to pay that price. The subscription period started Tuesday and lasts until next Wednesday after which shares will begin trading on the Frankfurt stock exchange.

After returning half of the gross proceeds through a one-off cash distribution to VW’s own shareholders—including the two clans as well as its home state of Lower Saxony—VW stands to pocket a cool €10 billion.

“We are now in the home stretch with the IPO plans for Porsche,” Arno Antlitz, head of finance for Volkswagen, said in a statement on Sunday.

The family won't be among IPO's big winners. For starters, the deal further concentrates risk when the Porsche and Piëch clans instead need to diversify their portfolio. They already control 31.9% of VW's stock, including a majority of its voting shares through their blue chip financial holding. Investing in Porsche directly doesn't grant them any more say than they already have, either, since the family provides close governance and oversight of the sports car company through their various board seats.

"While they will gain a blocking minority [in Porsche], in practice it's not needed," said a source close to the supervisory board, who asked not to be named because the talks were private.

Additionally, the Porsches and Piëchs will have to borrow heavily at a time when the outlooks for both Volkswagen and the global economy are hardly rosy and interest rates are on the rise. Under the terms of the deal announced on Sunday, the family is required to pay a hefty 7.5% premium over the IPO price to acquire ordinary shares, as opposed to preferred shares. Adjusting for the bonus dividend, the family's holding company said it will raise up to €7.9 billion in debt to purchase the stock.

“Volkswagen needs to accelerate their transition, and it became increasingly clear since the start of this year management requires more money than the business can generate,” the source added. “The idea for the Porsche IPO therefore came from VW, not from the family as many might believe.”

VW said in a statement that the Porsche IPO will "create more entrepreneurial, as well as financial, flexibility" to accelerate its future plans. It declined to comment further on the underlying motives. In the past, however, executives argued that transitioning from merely manufacturing cars sold by dealers to being a full-range provider of connected and sustainable transportation direct to the consumer is not dependent on proceeds from the IPO.

Hit by the semiconductor shortage

The Porsches and Piëchs are betting not so much on a rising stock price in Porsche but on a sizable rebound in the value of its stake in VW. It's a risky wager, and the stakes have never been higher.

Auto industry executives predict a paradigm shift that will see greater change over the next five years than the preceding 50. Cars are quickly becoming electric and more autonomous, differentiating themselves increasingly through software code rather than the nuts-and-bolts of pistons, crankshafts, and transmissions.

Yet just as incumbent automakers began to dig deep in their pockets for all the new technology under development, crisis struck.

Pandemic-related shutdowns, a semiconductor shortage, and soaring energy prices from the war in Ukraine have played havoc with an industry that operates vast cross-border supply chains sensitive to the slightest disruption. If so much as a $1 microchip for an airbag is missing, a car with tens of thousands of dollars worth of installed parts cannot be sold.

Tesla CEO Elon Musk half-jokingly described in June the precarious reality the industry faces: “A carmaker is desperately trying to go bankrupt at any given point in time."

Volkswagen's domestic factories have struggled to produce cars for the third year running, this time due to a reliance on electrical wiring imported from low-cost sites in Ukraine. Shortages from the war choked off production of its electric flagship, the German-built ID4 crossover, whose U.S. sales plunged 71% in the second quarter, according to Kelley Blue Book.

Despite a rebound in August, the company is on currently on track for its lowest annual volume since 2010, when it delivered just 7.2 million cars to customers around the world. Even in 2015, when it stopped the sale of certain models due to the diesel emissions fraud, it still topped the 9.9 million mark by year end.

Yet VW is planning to spend an eye-watering €159 billion ($159 billion) in cash through 2026. Investing in development and production of the group's planned electric vehicles will cost no less than an estimated €52 billion, a whopping 50% increase over the previous figure budgeted only a year earlier.

The Porsche and Piëch family lost an estimated €9 billion in combined wealth during the past 12 months as Volkswagen's market cap plunged by 24% to $87 billion. Subtract Porsche's likely market cap from that amount, and the rest of the group—including its highly successful Chinese joint ventures and attractive brands like Audi—has an implied value of around $16 billion, far below newcomers Rivian and Lucid, not to mention fellow incumbents like Suzuki or Tata Motors of India. Meanwhile Tesla continues to grow and is now worth well over $950 billion, more than the next 15 carmakers put together.

In July the family had enough: Embattled VW CEO Herbert Diess, an executive respected even by Tesla's Musk, stepped down in favor of Porsche brand boss Oliver Blume, who will now assume both CEO roles.

It didn't have to be this way for the family. Not all that long ago, Porsche was still a highly successful standalone company in which the two branches of the family held total control.

A mixture of hubris and folly prompted them to attempt a takeover of much larger Volkswagen financed by billions in debt right before the global financial crisis struck. When the collapse of Lehman Brothers ultimately prompted banks to freeze their access to credit, they were forced to sell the Porsche business for just €8.4 billion in a packaged deal to VW to stave off bankruptcy.

All that remained was their majority stake in Volkswagen, and ever since the family's wellbeing has been inextricably linked to that of the German behemoth. With so much of their fortune concentrated in one company, the Porsche and Piëchs ignored the first rule of wealth management: portfolio diversification.

Clan patriarch Wolfgang Porsche brought in Philipp von Hagen, an ex-Rothschild banker, a decade ago to scour the market for attractive investments and diversify the family's risk like other European industrial dynasties have. The Agnelli family behind Jeep parent Stellantis and the Wallenbergs of Sweden are shining examples: their two respective financial holdings, Exor and Investor AB, are actively managed and own stakes in a wide variety of sectors.

Sources at the company say von Hagen lined up potential investment deals with promising young startups like ride hailer Uber and Israel’s Mobileye, later bought by Intel, yet the family did not move forward. Porsche SE declined to comment.

In fact, the Porsches and Piëchs actually made their problem worse, adding to their VW stake year after year, even though it brought no measure of added strategic control. This past spring the two clans poured another €400 million into the carmaker, so far their entire investment budget for 2022.

Ultimately, von Hagen left two years ago. He "probably earned more in salary than he ever managed to spend diversifying the portfolio,” says Houchois. Von Hagen did not return a request for comment sent via LinkedIn.

While it’s tempting to say the family finally has a chance to re-establish its historic claim to Porsche in the IPO, Wolfgang Porsche and Hans Michel Piëch already play a commanding role on the boards of VW. Three of the top four executives at their financial holding also work for the broader Volkswagen Group, with the CEO of Porsche SE, Hans Dieter Pötsch, serving as VW's chairman.

Moreover the sports car business has flourished under VW, with vehicle sales tripling since it was nestled under VW's wing. The brand even enjoys special treatment, because it contributes a quarter of the group's operating profit despite its relatively small size.

When it came time to allocate Volkswagen's dwindling supply of precious microchips to its various brands during last year’s shortage, top executives privately admitted to Fortune they prioritized high margin cars over less profitable models. So far only VW's luxury brands Lamborghini and Bentley have grown sales this year, with volumes at Porsche stable. Sales at less-exclusive brands like Volkswagen and Audi have suffered double-digit drops.

“Porsche benefited for years from Volkswagen’s scale, in terms of joint purchasing or access to certain technology elsewhere in the group. Meanwhile [Porsche] could always push back against anything they didn’t like—if necessary, by enlisting the help of the family,” said Houchois.

With their entire wealth currently tied up in VW, the truth is the Porsches and Piëchs cannot refuse the carmaker in its moment of need. It would ultimately mean their own downfall and for that they only have themselves to blame.