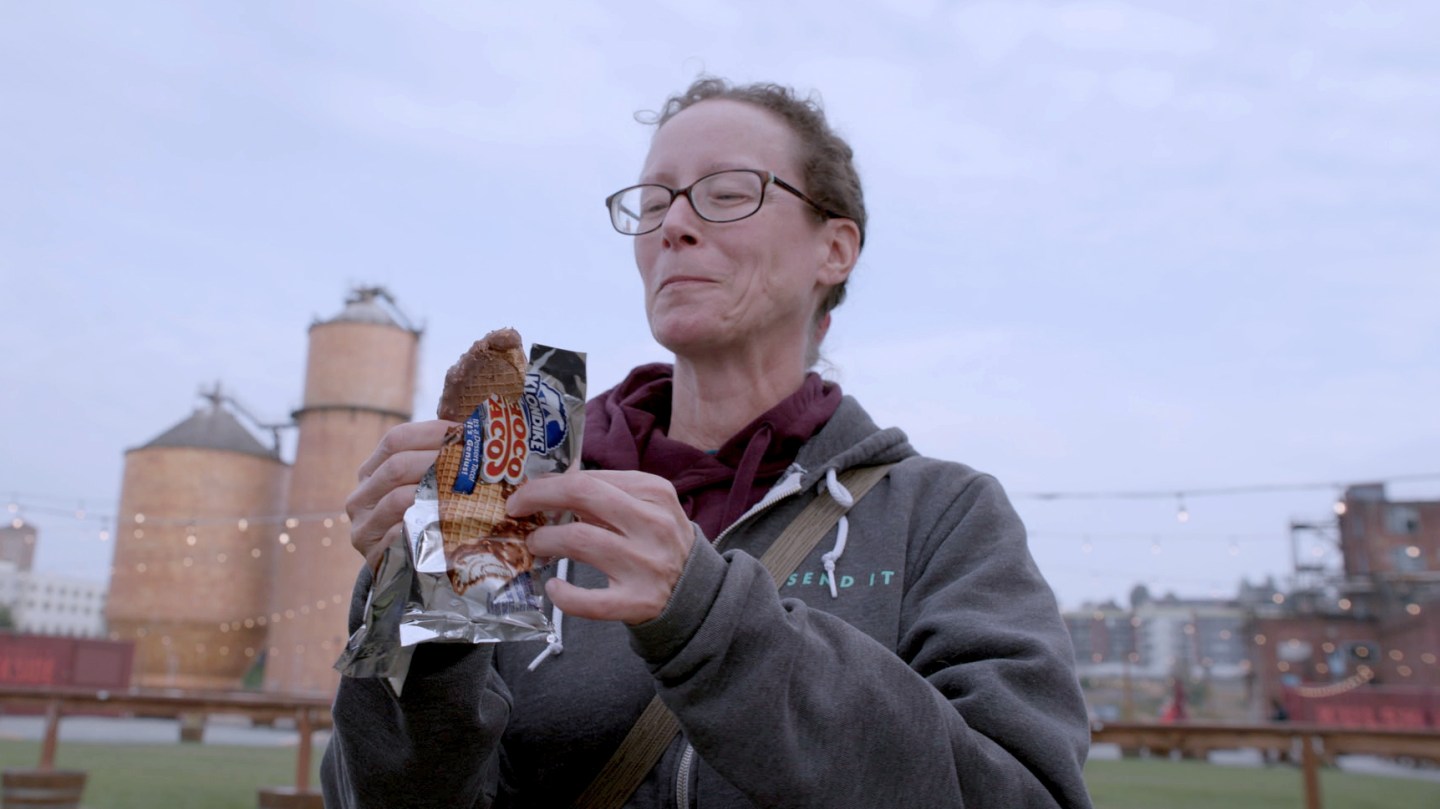 Klondike will give out the final 100 Choco Tacos in a digital scavenger hunt that begins on Sept. 21.
Klondike

It’s been a long farewell for the Choco Taco, but the end of the road is almost here. And Klondike is making sure the sweet treat is going to be a viral sensation to the end.

The Unilever-owned company will give out the final 100 Choco Tacos in a digital scavenger hunt that begins on Sept. 21.

On that date, ice cream fanatics can head to Klondike’s Instagram feed, where they’ll encounter a puzzle—a series of different emojis which, when deciphered, will send people to a new Instagram handle, where they’ll face another series of clues.

All totaled, there are seven different handles—and the first 100 people to find them all will then be able to solve the master riddle and open what’s being referred to as “the digital freezer,” which will win them one of the Choco Tacos.

Klondike says these are the last of the product in its inventory.

Unilever, when it announced the move, said an “unprecedented spike in demand” and supply-chain issues were forcing it to discontinue the Choco Taco and other products. It has repeatedly said this is not a publicity stunt, but after the backlash from fans, it acknowledged to the Wall Street Journal that it was already “exploring options to bring it back.”

There were certainly plenty of white knights willing to help the company do so, perhaps none bigger than Reddit cofounder Alexis Ohanian, who made an offer to take over production of the treat.

Choco Taco was the creation of Alan Drazen some 40 years ago, who worked for Jack & Jill Ice Cream Co. in 1983.

During a slow period, he pitched the idea to his boss, who instantly approved the concept. While a marketing firm was hired to name the product, it was Drazen who came up with the name. It soon became a hit on ice cream trucks and eventually struck a deal with Taco Bell for distribution.