Why you should be happy about inflation and worried about something else, top economist Brad DeLong says 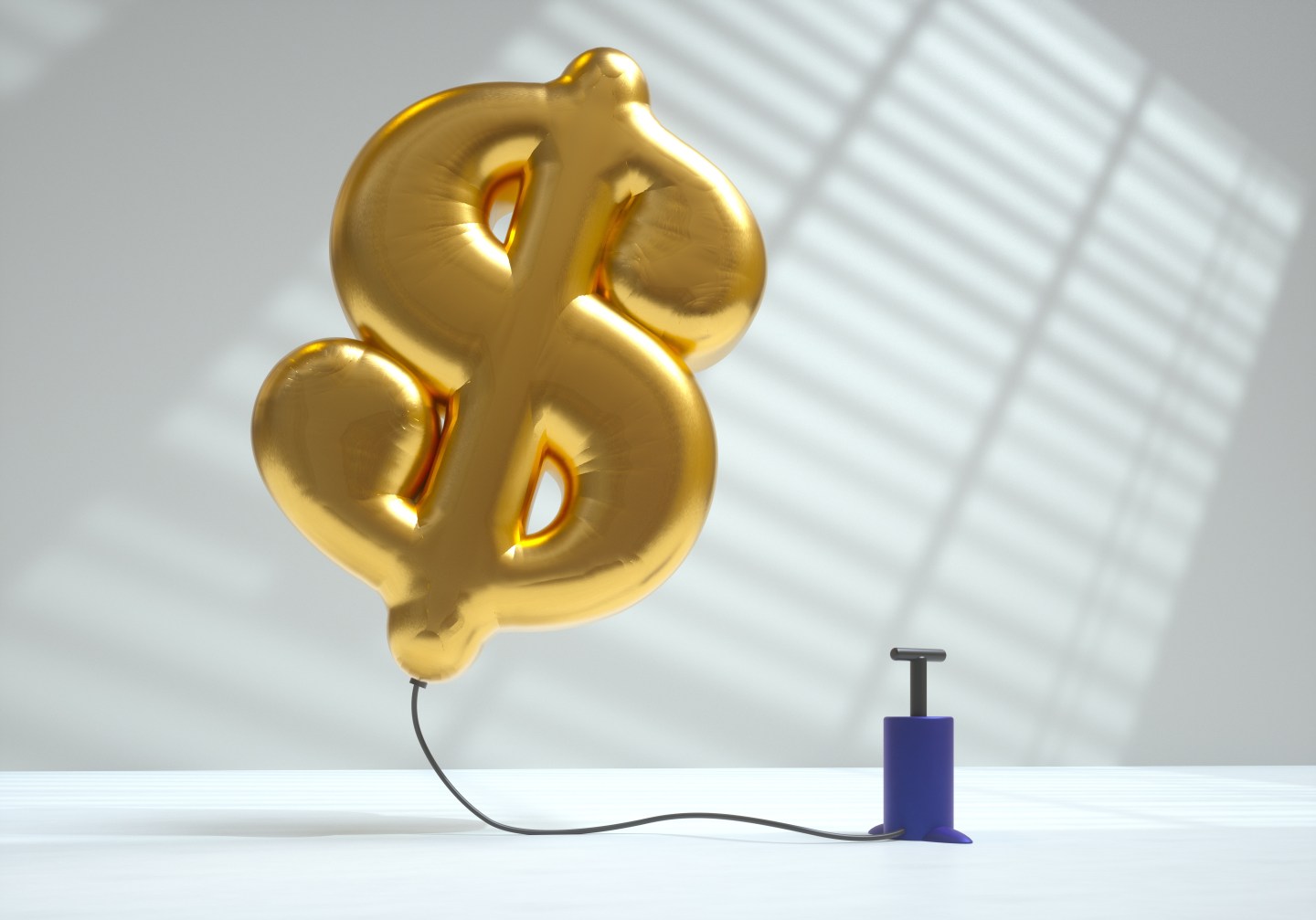 Inflation may have an upside.
Andriy Onufriyenko—Getty Images

How could high inflation possibly be good?

Not only are you paying more for stuff than a year ago, but the consistently higher-than-expected readings in the Consumer Price Index continue to devastate the stock market, sending the S&P 500 down over 1,000 points on Tuesday, its worst day since June 2020.

One of America’s top financial historians says this moment calls for a lesson in economics.

“The reopening inflation we’ve had has so far been a very good thing,” Brad DeLong, a professor at UC Berkeley, told Fortune. His comments contradict the more hawkish stance on inflation famously championed by Harvard economist Larry Summers, who worked alongside DeLong in the Department of the Treasury during the Clinton administration.

DeLong argues that there is a major economic shift taking place that people should welcome. It all has to do with our strange but kind of wonderful post-pandemic economy.

It’s like we have zoomed decades into the future in just a few years.

Inflation in the U.S. is currently serving two functions that could help the economy in the long run, according to DeLong: helping expand new economic sectors poised for big growth, and uncovering and optimizing supply chain snags that have been with us since the beginning of the pandemic.

Unemployment is now at its lowest point since before the pandemic, but the full employment we are returning to is not the same as the one we left behind in 2020, DeLong said.

Moving workers away from industries like retail and hospitality and into expanding sectors needs to come with incentives in the form of higher wages, according to DeLong, which means inflation.

“If you want to create economic incentives for people to move into the expanding sectors where we actually need more workers, their wages have to go up,” he said.

“When you’re coming out of a big recession, the natural rate of inflation has got to be above the normal 2%,” he added. “The rate of inflation that the market really wants to see in order to get production and distribution and transportation into an efficient allocation has to be more than 2%.”

In addition to helping bring the economy into the new era, DeLong sees another benefit of inflation today: it could help resolve crippling supply chain bottlenecks, resorting to the economic adage that high prices are often the best cure for high prices.

With supply chain issues contributing to high prices and making people less likely to buy, it could be the impetus behind a revitalization and ultimately a strengthening of industry, according to DeLong, who says inflation is involving more people with figuring out either how to produce more of what we need, or less of what we don’t.

But as always, there’s a catch.

The positive outlook for inflation does come with a caveat, DeLong and other economists admit. Expectations that inflation will become entrenched in the economy and stick around might become a self-fulfilling prophecy, which would lead to something even worse for the economy.

The word for that is stagflation: the worst-case scenario of slow economic growth combined with high inflation. DeLong says it is still very possible.

“Worst of all is you get stuck in the stagflation of the 1970s,” he said. “If inflation gets entrenched in expectations, it will be a very bad thing.”

The ideal situation, DeLong says, would be a repeat of the recessions that hit the U.S. in the late 1940s and early 1950s, both of which were relatively short before inflation subsided.

But a worst-case scenario of stagflation also remains possible, DeLong warned, especially if expectations of inflation become entrenched in the economy.

“Entrenched” has been a bogey word for the Fed this year, and a situation it desperately wants to avoid. Entrenched inflation refers to people expecting prices to keep going up, which can lead to inflation staying around much longer than it would otherwise.

Should inflation become entrenched during a recession, it would be a “very bad thing” for the economy, DeLong said. Whether this will happen will likely depend on the direction gasoline and energy prices take, which have been highly unpredictable so far this year.

“Whether or not expectations get entrenched and we get a 1970s problem really depends on the trajectory of energy prices,” he said. “Inflation expectations are always driven by what people see at the pump.”

Top economists and bankers—including Allianz and Gramercy’s chief economic adviser Mohamed El-Erian and Goldman Sachs CEO David Solomon—have warned that inflation is already becoming entrenched and persistent around the world. And the World Bank has issued multiple warnings this year that persistent inflation combined with slow economic growth is leading to a very real risk of stagflation in multiple countries around the world.

Also, not every economist shares DeLong’s view that there is much good at all about the current inflation, with many saying it is a much more pressing issue that the government is failing to adequately control.

Steve Hanke, an economist at Johns Hopkins University, recently criticized the Fed for “incompetence and mismanagement” that has led to inflation, and predicted that the Fed letting the U.S. money supply run short could lead to a “whopper” of a recession next year.

DeLong’s old boss Larry Summers has been singing a dire tune on inflation for over a year, warning last year that the Federal Reserve was being too passive about rising prices. At the release of this week’s CPI report, Summers wrote that the Fed was faced with a “serious inflation problem,” and cautioned that unemployment will likely have to start ticking upward before inflation recedes significantly.

Many economists fear that today’s high levels of inflation, and the Fed’s commitment to containing it, could trigger a recession as early as next year, although the jury is still out on whether this would constitute a deep or shallow downturn.

In a blog post last year, when inflation was already becoming a source of concern, DeLong compared the recovering U.S. economy to a driver suddenly accelerating away. The skid marks left on the asphalt represented inflation—a blemish and a nuisance to be sure—but worth it to get the economy back on track.

A year later, inflation can still just represent a temporary skidmark on the road to recovery, he says. But between the war in Ukraine and uncertain energy markets for the foreseeable future, DeLong admits the outlook is much cloudier now.

“We have energy price inflation and food price inflation springing from Russia and its attack on Ukraine. That is greatly complicating the picture and making the situation much more fraught,” he said.