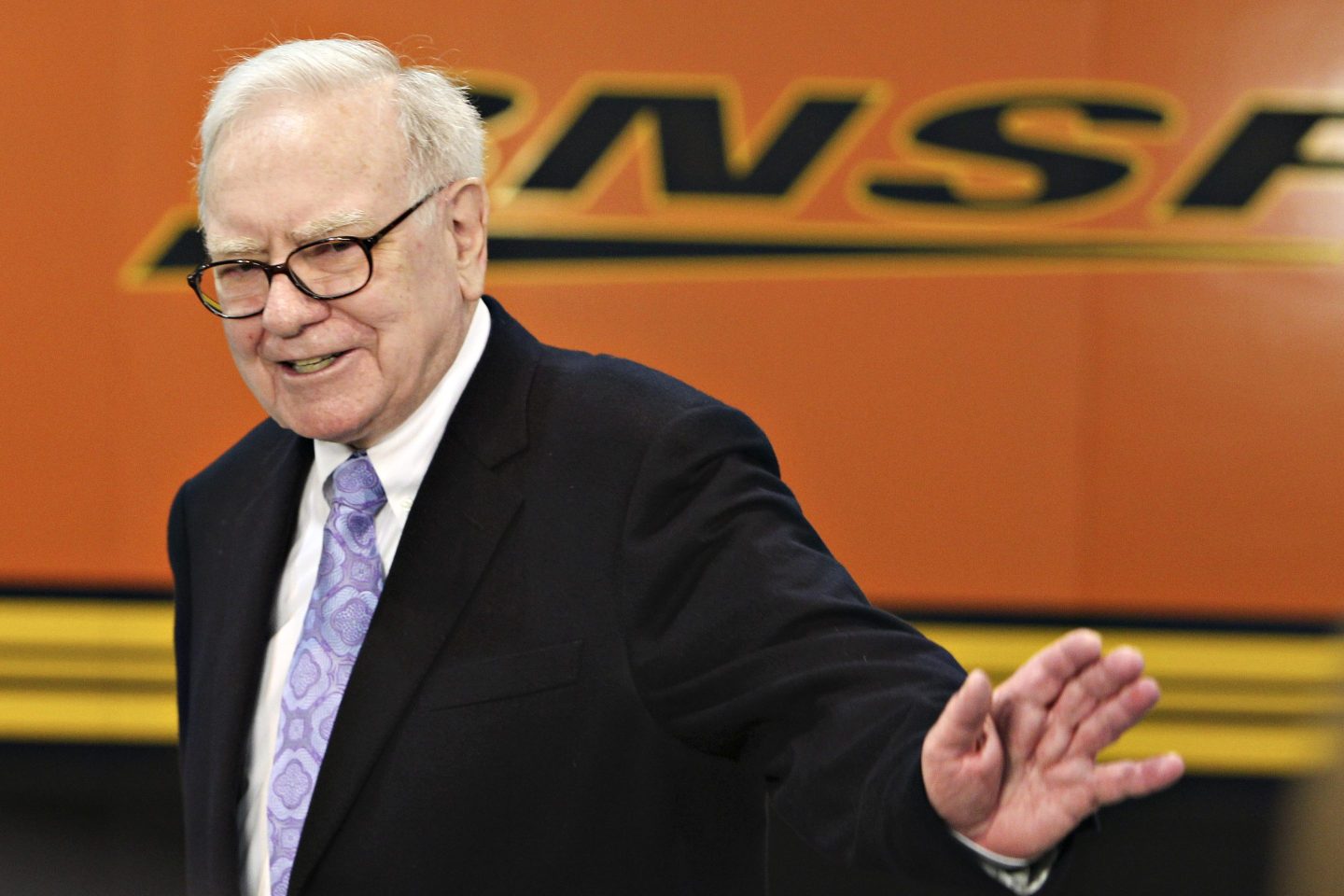 Big challenges remain for the U.S. rail industry labor dispute, and Warren Buffett is at the center of it.
Daniel Acker—Bloomberg/Getty Images

After all-night negotiations that kept Americans on the edge of their seats, railroad employees have decided to forgo a planned strike early Thursday morning after companies and unions finally reached an agreement over better pay, working conditions, and benefits.

The agreement means that the U.S. has avoided a walkout that would have upended passenger train travel, crippled supply chains, and likely added fuel to an inflation fire that is already burning hot.

But the agreement is only tentative—and temporary. The railroad labor dispute came to a head this week with railroad employees demanding more flexible work schedules, wage increases, and better health care benefits.

Discontent among railroad employees stretches back years, though, with employees angry over cost-cutting measures that have led to record profits for rail companies and shareholders, but that have also wiped out thousands of jobs. And it involves everyone from U.S. Sen. Bernie Sanders to Warren Buffett, who through his holding company, Berkshire Hathaway, owns one of the major railroad companies involved in the labor dispute.

Here’s what you need to know about the great railroad strike that wasn’t.

Around 60,000 rail workers threatened to walk off the job this week, demanding companies to come to the table with better proposals on attendance schedules, sick leave, and better pay.

Had it gone through, the railroad strike could have disrupted the transportation of 30% of U.S. goods, and cost the U.S. economy as much as $2 billion a day, according to the Association of American Railroads. The U.S. Chamber of Commerce, a body representing U.S. business interests, warned earlier this week that it could be a “national economic disaster.”

While a strike has been averted for now, the reasons behind the discontent go back years.

Years of cutbacks on expenses have led to staff shortages in the rail industry, employees argued. Strict attendance policies have been at the heart of the labor dispute, with workers saying they have been penalized for taking days off for being sick, or when tending to family emergencies. Fewer employees are doing more work, railroad workers say, and have to be on call at all hours.

Employment in railroads has seen a steep drop-off in recent years. The industry lost 40,000 jobs between November 2018 and December 2020 out of around 180,000 employees in 2018, according to the Bureau of Labor Statistics, reflecting a decades-long trend that has seen employment drop by nearly 90% since the late 1940s.

Over the past several years, in addition to cutting back on staff, railroad companies including BNSF have resorted to other cost-cutting measures such as making trains longer, while also hiking prices during the pandemic.

The result, railroad workers say, is that fewer employees are doing more work, and have to be on call at all hours.

While cost-cutting measures have made life harder for employees, they have led to windfall profits for Buffett and other rail tycoons.

Both BNSF and Union Pacific—the two largest freight rail corporations in the U.S.—posted record earnings last year. Shareholders have benefited from the profits, with U.S. rail companies spending $196 billion in buybacks and dividends since 2010, according to the Surface Transportation Board, an independent federal regulatory agency.

The new agreement, if it goes through, will see compounded wages increase by up to 24% over the next five years including retroactive payments, according to a shared statement by railroad trade unions BLET and SMART. The agreement also loosens the industry’s attendance requirements, allowing for more expansive sick leave and medical exemption policies. The agreement still needs to be ratified by union members to be considered final.

Warren Buffett and BNSF have been at the center of railroad workers’ demands since last April, when railroad union members protested outside the first in-person annual meeting of Berkshire Hathaway shareholders in over two years in Buffett’s hometown of Omaha, demanding pay increases and better working conditions.

It isn’t the first time Sanders has argued with Buffett over his relationship with labor unions. Last year, Sanders sent a letter to Buffett asking him to intervene in a labor dispute between workers and a steelmaking company owned by Berkshire Hathaway. Buffett eventually declined to involve himself in the negotiations.