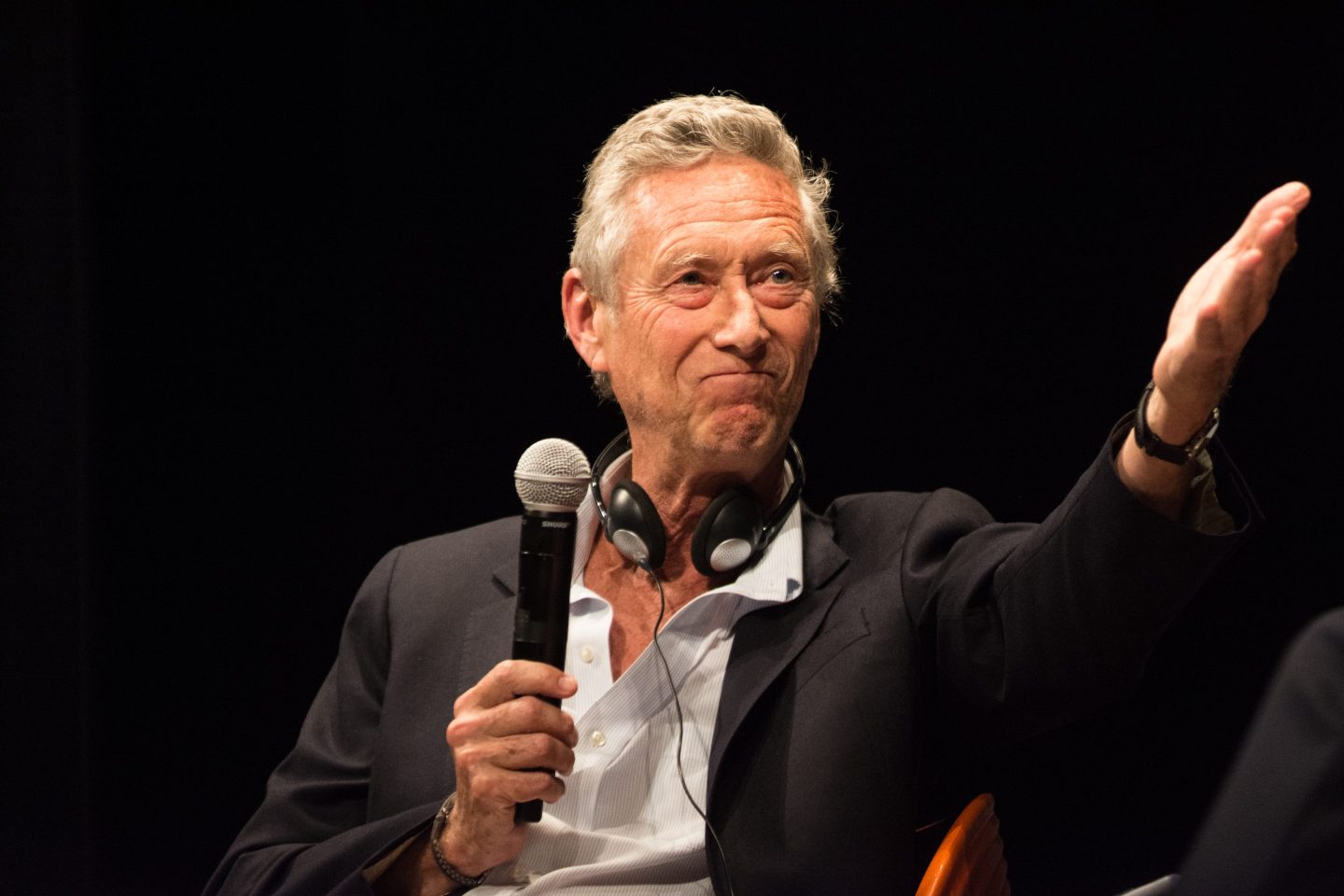 Olivier Jean Blanchard, French economist and senior fellow at the Peterson Institute for International Economics, in May 2019.
Massimo Bertolini—NurPhoto/Getty Images

How many Americans have to lose their jobs to control inflation?

That’s the question two of the world’s top economists debated in a Goldman Sachs research note on Monday.

Jan Hatzius, Goldman’s chief economist, and Olivier Blanchard, who, besides serving as the International Monetary Fund’s chief economist from 2008 to 2015, was also an early voice alongside former Treasury Secretary Larry Summers in predicting high inflation this year and last, stand on opposing sides of what has become a heated argument in economics.

Blanchard makes the case that the Federal Reserve will be forced to raise interest rates until the unemployment rate rises to 6% if it wants to control inflation, which was sitting at 8.3% in August; it’s a move that Goldman strategists say “would spark a fairly severe recession.”

Hatzius, on the other hand, makes the case that there is no “structural mismatch” between job openings—which surged during the pandemic—and the unemployment rate, which means the overheated labor market can be cooled through more minor rate hikes that will mainly shrink job openings and cause fewer real job losses.

In other words, he believes the U.S. economy can still find a “soft landing,” and avoid an outright recession.

To be clear, Blanchard and Hatzius are voicing positions that many other leading economists have argued.

Hawks like Summers and president of Queens’ College, Cambridge, Mohamed El-Erian, stand with Blanchard, fearing that inflation might become “entrenched” as it did in the ’70s if the Fed doesn’t hike rates dramatically to create a significant rise in unemployment.

They note that most of the inflationary pressures in the U.S. have been caused by supply-side issues, meaning the Fed’s decision to quash demand with interest rate hikes can only help combat inflation so much.

The outcome of this debate among economists has big implications for average Americans. If the hawks win, and the Fed continues raising interest rates to combat inflation even as the economy slows, then significant job losses are all but guaranteed.

And if the doves win, and the Fed halts or slows its rate hikes, inflation could become a persistent issue.

So, is it a case of picking your poison? High prices or job losses. Or is one side right?

Here’s what two of the world’s leading economists had to say.

Can inflation be tamed without unemployment rising?

When Blanchard was asked if inflation can be slayed without a significant rise in unemployment, his answer was clear: “I wish, but no.”

The former IMF chief economist argued three factors are behind elevated U.S. inflation, and all of them make the case that an increase in unemployment is necessary to end this inflationary cycle.

First, Blanchard said that a skills mismatch, and the declining ability of unemployed workers to find jobs, a.k.a. “match efficiency,” means the natural rate of unemployment is now somewhere between 4.5% and 5% compared with 3.5% during the pre-pandemic era.

“So, the economy at the current 3.7% unemployment rate is overheating, putting pressure on inflation,” he said.

Second, Blanchard argued the economy is already in the midst of a wage-price spiral—where inflation causes workers to ask for higher wages which in turn leads companies to raise prices—owing to the increase in commodity prices compared with pre-pandemic levels.

“Whether this spiral continues depends on what happens to commodity and energy prices. If they were to decline sufficiently, the pressure might go away. Otherwise, as is more likely, taming the wage-price spiral will require unemployment in excess of the natural rate,” Blanchard noted.

Consumers now expect inflation of 5.7% in the coming year, down from 6.2% in July. And over the next three years, Americans predicted that annual inflation will average just 2.8% in August, down from 3.2% in July.

Hatzius and his colleague, Goldman’s chief U.S. economist David Mericle, argue that consumers’ falling inflation expectations are evidence of the impact of the drop in commodity prices since June and recent improvements in supply chains.

When it comes to inflation, Mericle also noted “one important reason for optimism” is that long-term household inflation expectations remain anchored, which he said is “a key difference from the 1970s.”

Hatzius’s main point of contention with Blanchard’s argument, however, comes down to the data that he is using to argue that the labor market is significantly overheated.

“I prefer to assess the labor market balance through the lens of the jobs-workers gap rather than the indicators many economists and I, myself, were focused on a couple of years ago, including the unemployment rate, the unemployment rate relative to the natural rate, and the employment-population ratio, because those indicators don’t provide the full picture and therefore failed to foresee the large inflation surge in 2021,” Hatzius said.

“While the jobs-workers gap is exceptionally large and clearly shows overheating in the labor market, I don’t see compelling evidence of a structural mismatch between job openings and available workers,” Hatzius noted. “Rather, we’ve found that matching workers with jobs became harder during the pandemic largely because of COVID fears and generous unemployment benefits…So I think this overheating can be relieved by a reduction in job openings without a sharp rise in unemployment.”

Hatzius forecasts unemployment will peak at just 4% by end of 2024.

However, he added that “the key question” is whether falling commodity prices, healing supply chains, a mild increase in unemployment, and a significant reduction in job openings is enough to bring inflation back to the Fed’s 2% target rate.

The Fed will likely keep interest rates elevated even if inflation comes down to 3%, Hatzius said, but if it hits 2.5%, the central bank could pause.

“That’s taming inflation, in my view, even if inflation doesn’t return all the way back to 2%,” he said.