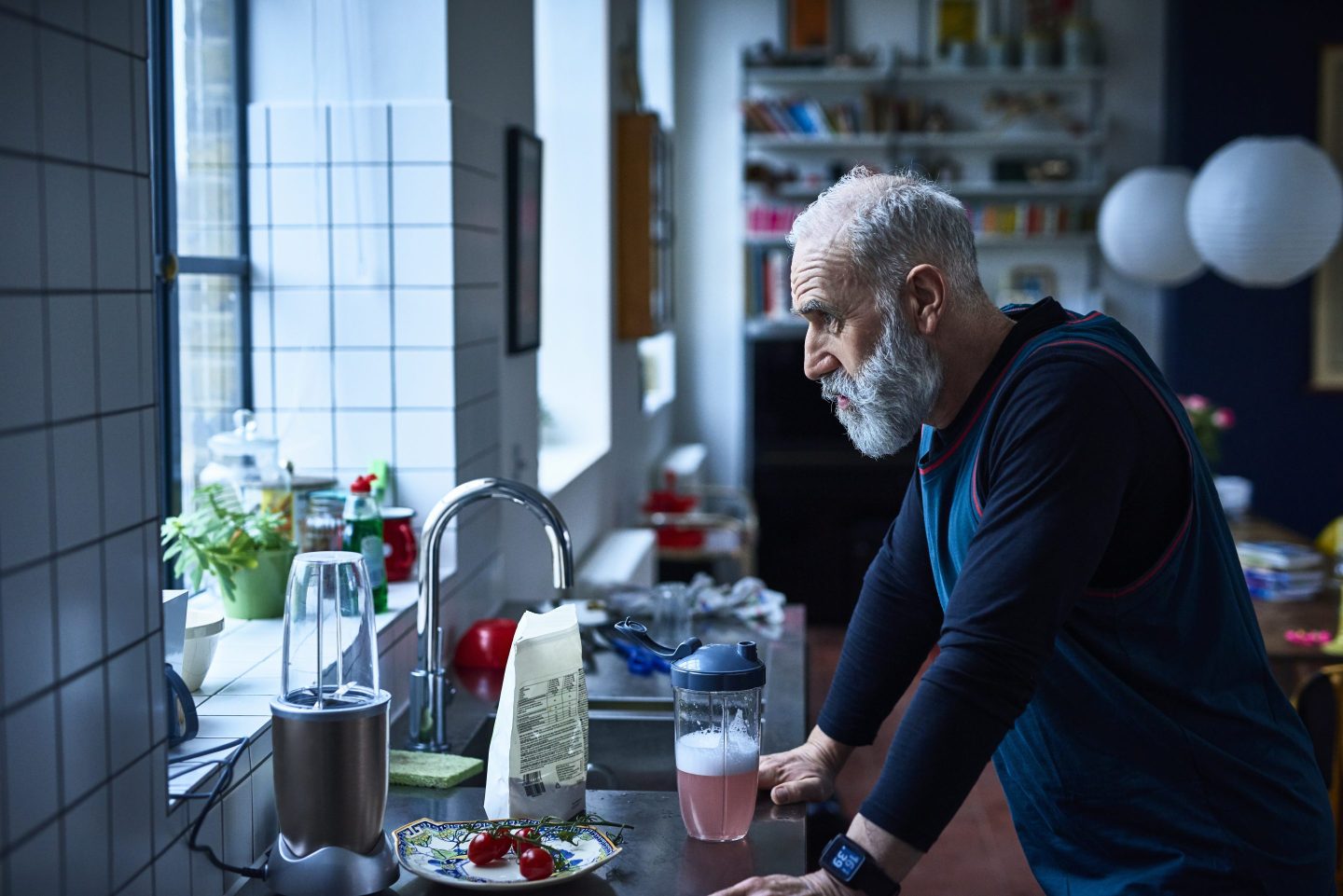 The midlife crisis, is it real?

Actually, a group of economists say, it probably is. But only if you live in a rich country.

“The human midlife crisis seems to be an important and under-recognized phenomenon,” wrote the authors of a new working paper released last week by the National Bureau of Economic Research (NBER).

It’s strange because, of course, working adults in advanced economies today enjoy the highest quality of life in history.

In recent years, rich nations have seen precipitous drops in rates of severe disease and violent crime occurrences. People in the wealthy world are living longer than ever, and most developed countries have a 99% literacy rate, which has opened the doors to more plentiful employment than ever before.

But the researchers noted a consistent “hill-shaped pattern” in the data they analyzed, happening around when people hit middle age. Those entering the midlife period were found to be more likely to exhibit signs of clinical depression—including sleeping less and forgetfulness—and to begin to feel overwhelmed in life and strained by their careers. The same patterns showed that people began becoming more dependent on alcohol, having debilitating migraines, and even fostering suicidal thoughts once they hit middle age.

“Our findings therefore appear to point to a disturbing paradox within modern society,” they added.

That people can have a midlife crisis has long been anecdotally true, with tropes like flashy purchases and style changes well worn in modern society.

But a midlife crisis may be much more serious than ill-advisedly buying an expensive car.

The NBER’s paper built on previous predictions by Canadian psychoanalyst Elliott Jaques, who coined the term “midlife crisis” in 1965 on the theory that people would begin coming to grips with their own mortality after the age of 35, and that this could lead to spirals affecting both mental and physical health.

The NBER paper’s authors—a team of economics researchers from universities in the U.S., Singapore, and the U.K.—considered “three literatures” in analyzing the midlife crisis: economics and behavioral-science writing “on the idea that subjective wellbeing may be ‘U-shaped’ through life”; research from the social sciences and medicine on new levels of psychological despair among “white low-education American men”; and psychological writing on the classic “midlife crisis” phenomenon.

The researchers analyzed the experiences of over 500,000 middle-aged people from over a dozen wealthy countries including the U.K., Canada, and the U.S. They analyzed cross-national data related to suicide rates and suicidal thoughts, clinical depression, anxiety, memory loss, concentration problems, alcohol dependency, sleep quality, and job stresses.

Midlife crises were found to be likely to happen even to wealthy people, despite many of them being in the prime of their salaried careers and having had no encounter with a life-changing illness.

Across wealthy nations, they found the same hill-shaped pattern occurring in middle age regardless of nationality, gender, or even whether or not families had young children. The paper said symptoms of “extreme distress” are just likely to emerge around that age, in that type of country.

Symptoms begin around the age of 45, at which point most people reach their “maximum level of work stress,” according to the researchers. At this point in life, several indicators—including blood pressure, depression, and mental health—begin flashing red. “This is paradoxical and troubling,” the researchers wrote, given that this is also the period when most workers are earning the most they ever will in life.

What’s the cause of the crisis?

It is not yet clear whether midlife crises are an unremovable and implicit part of human psychology, the paper continued, or if crises are primarily a consequence of living in a modern affluent society.

Other studies on the nature of midlife crises have attempted to answer this question before. A 2012 study found evidence that chimps and orangutans also encounter a drop in well-being when they reach middle age, suggesting that there may be a biological reason behind midlife crises. Another study from 2000 suggested that factors associated with getting older—such as divorce, or losing a job or a loved one—were not the primary triggers behind midlife crises, while a preexisting history of depression was.

Regardless, the NBER researchers wrote that midlife crises present a “foundational puzzle” for economists and behavioral scientists to solve, and for policymakers to address.

Despite living in some of the most comfortable conditions in history, many of today’s workers still feel dissatisfied with the stresses associated with modern life, with a survey last year finding that job satisfaction in the U.S. has fallen from 84% to 68%.

The midlife crisis appears to be moving to earlier life in the third year of the pandemic. Many younger workers especially have been increasingly prepared to quit their jobs, fueling the so-called Great Resignation of the pandemic era. Many workers who have recently quit their jobs have done so because of mounting stresses at work.

The wave of resignations has yet to cease, with the trend of quiet quitting—focusing on maintaining work-life boundaries and not doing extra work for an employer—becoming a cultural phenomenon this year.

The NBER researchers stopped short of identifying a cause for these widespread midlife crises across the wealthy world. Whether it’s part of our biological clocks, related to a type of work pattern, or the nature of capitalism itself is a subject for further study.