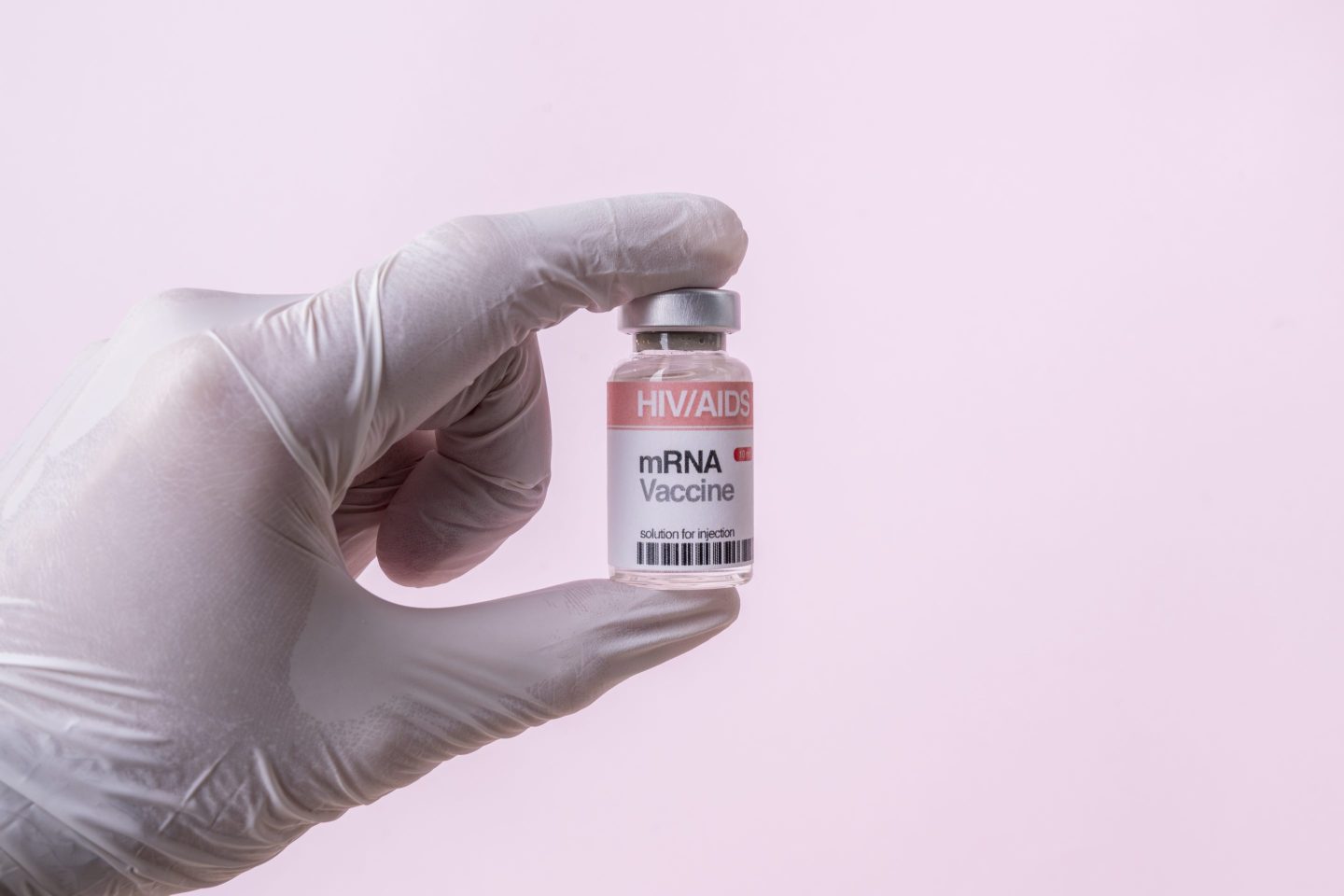 “There are already five trials with HIV vaccines in the field today using the mRNA platform” but those are still in the earliest stage of human testing and it will likely take three to four years to get to final stage trials, former AIDS Society head Linda-Gail Bekker said.
Getty Images

The use of messenger RNA to make vaccines for the first time during the coronavirus pandemic has reinvigorated a decades-long hunt for a shot to safeguard against HIV, but the development process will still be a protracted one, according to a leading South African scientist.

An HIV vaccine is “more than five years away,” although the application of mRNA technology may help accelerate production, Linda-Gail Bekker, the executive director of the Desmond Tutu Health Foundation and a former president of the International AIDS Society, said in an interview in Cape Town on Tuesday. “There are already five trials with HIV vaccines in the field today using the mRNA platform” but those are still in the earliest stage of human testing and it will likely take three to four years to get to final stage trials, she said.

Those late-stage trials in human subjects, if successful, are a precursor to a company applying for a license to sell the vaccine commercially.

COVID vaccines were produced within less than a year, as unprecedented amounts of money and expertise were dedicated toward their development. Moderna Inc., Pfizer Inc. and BioNtech SE made their shots using mRNA technology, which temporarily turns cells into tiny vaccine-making factories. Previous generations of vaccines have primed the immune system with an inactivated or weakened version of a pathogen, or a piece of it.

“The great thing about the mRNA platform is you can tweak it quickly,” Bekker said.

South Africa has the world’s largest number of people infected with HIV, with about 13% of its 61 million people carrying the virus that causes AIDS, a disease that attacks the human immune system and can take years to manifest.

The Desmond Tutu Foundation, which bears the name of the South African cleric and Nobel Peace Prize laureate who died in December last year, is currently involved in several vaccine trials. They include the Sherpa trial, which is evaluating the extent to which healthcare workers who’ve already received two Johnson & Johnson COVID-19 vaccines benefit from a Moderna shot, and the Ubuntu trial, which stretches across several African nations and is designed to determine the Moderna vaccine’s efficacy in people infected with HIV.

The foundation has also begun enrolling participants in a trial of lenacapavir, an anti-retroviral that’s used to prevent HIV infection and is administered via injection every six months. Its development follows that of cabotegravir, another preventitive drug that has to be administered every two months. Lenacapavir is made by Gilead Sciences Inc. while cabotegravir is made by a unit of GSK Plc.

“Cabotegravir resulted in an 88% HIV-acquisition reduction in young woman and girls in this part of the world,” Bekker said. “We have never seen results like that for a prevention study. Lenacapavir really builds on that. You would only have to come in twice a year to get your prevention on board, so that is a game changer.”

Developing an effective HIV vaccine has long been a frustrating, elusive goal for researchers. Numerous promising candidates have failed in large trials over the four decades since the virus first appeared in people, the most recent of them when a study in South Africa was stopped in 2020.

Other highlights from the interview:

On the likely trajectory of the coronavirus pandemic:

On funding the response to HIV:

—With assistance from Thomas Hall.