King Charles’s $440 million net worth is likely getting a lot bigger. Here’s how wealthy the rest of the royal family is 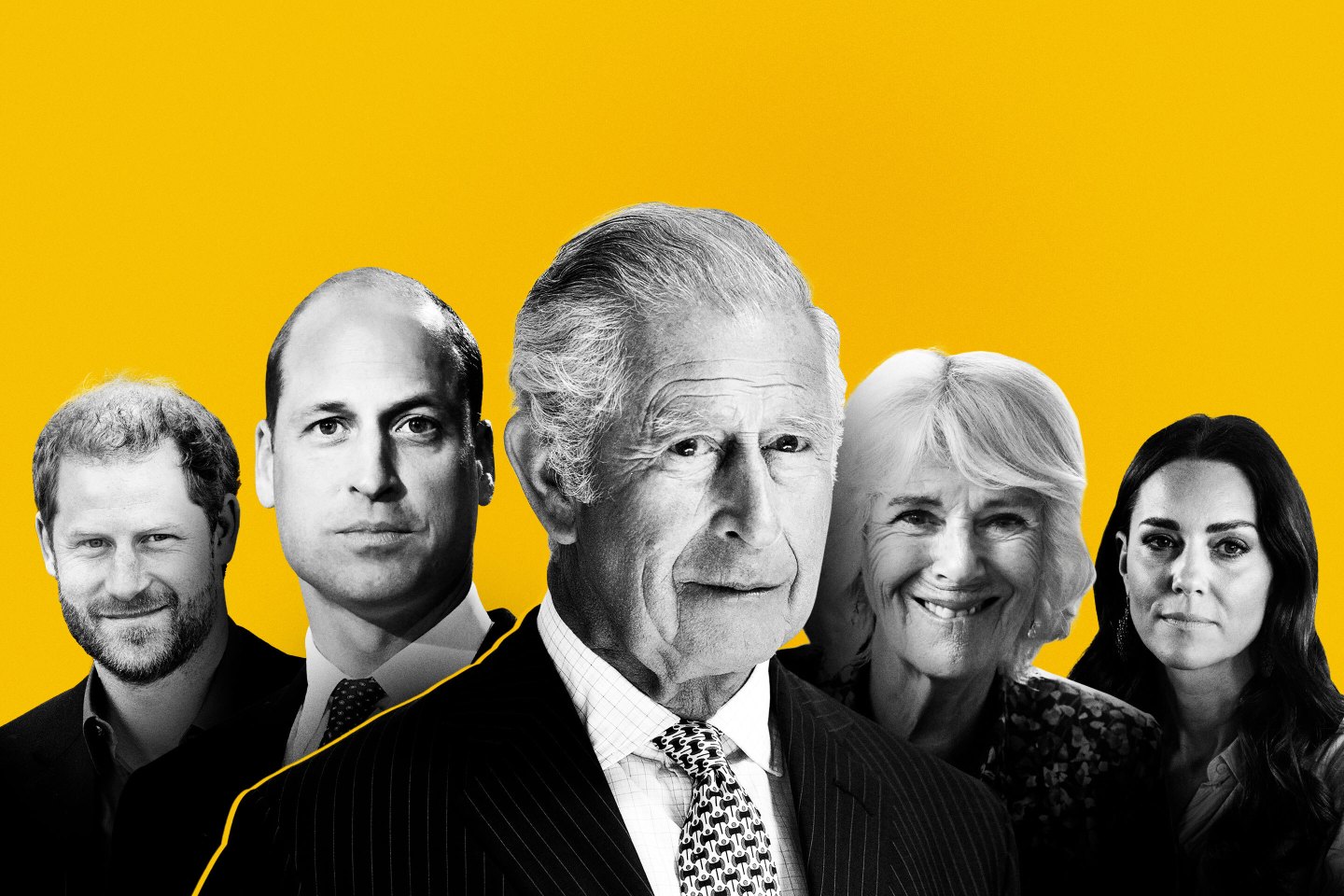 Much of the royal family's net worth remains a mystery.
All Images From Getty Images

Queen Elizabeth II died on Thursday, leaving behind a personal fortune valued at well over $500 million to her son, King Charles III, and the rest of the royal family.

Exactly how the royal fortunes break down is a bit of a mystery. But before he became the monarch, Charles’s net worth was around $440 million, according to an estimate provided by research institute Wealth-X, an Altrata company, thanks to significant real estate holdings and other assets such as jewelry and art.

Much of his wealth stemmed from the Duchy of Cornwall, which will now pass to his son, Prince William. Since taking over the land portfolio at 21 years old, Charles has earned hundreds of millions of pounds, and in the 2021–2022 financial year alone, he received 23 million pounds in so-called “surplus” payments, according to the duchy’s annual accounts.

As a prince, he also received money via the annual Sovereign Grant, which is funded by British taxpayers. He will continue to be paid by the grant in his role as King.

It’s unclear exactly what assets belong to him now, and exactly what it all is worth: The Queen personally owned private properties including Balmoral Castle in Scotland and Sandringham House in England (she also invested millions of pounds in offshore accounts, as detailed by the Paradise Papers). It is also not clear what she will leave to Charles and what she will leave to her other children—Prince Andrew, Princess Anne, and Prince Edward—her grandchildren, and other possible beneficiaries.

But it is likely a significant amount will be left to Charles: Whatever he will inherit will come tax-free, thanks to an agreement made with the British government that exempts certain parts of the monarch’s estate from the United Kingdom’s 40% inheritance tax if it is bequeathed to the immediate successor. Wealth-X estimates the Queen’s personal net worth was around $580 million when she died.

As the King, he is also the owner of the Crown Estate, which holds billions of dollars worth of real estate, jewelry, and fine art. These assets do not count toward Charles’ personal wealth, because they are tied to his position and cannot be sold.

The royal family’s wealth is both complicated and private, making it hard to assess just how much they own and who owns what. Wealth-X provided Fortune with net-worth estimates on the rest of the royal family members, which it determined by analyzing all asset holdings, including privately and publicly held businesses and investable assets.

What is Queen Consort Camilla’s net worth?

At 75 years old, Camilla is now Queen Consort—the title given to the spouse of the King, as her duties are to support her husband in his role. Wealth-X was not able to estimate Camilla’s personal net worth.

But as the Duchess of Cornwall, Camilla was financially supported by the surplus income Charles received, totaling over $20 million each year.

Her net worth reportedly includes a $650,000 inheritance from her mother when she died in 1994. Her family also owned a $2 million estate in Sussex.

What is Prince William’s net worth?

Wealth-X estimates Prince William’s net worth is around $40 million.

When Princess Diana died in 1997, she left each of her sons $10 million after taxes, according to Forbes. The princes reportedly began receiving an annual dividend of $450,000 from their trust funds when they turned 25 years old, and received the full sum at 30.

As mentioned, William also inherited the billion-dollar Duchy of Cornwall real estate portfolio when his father became King. But the Duke does not have direct access to the capital value of the duchy even though he will be in charge of paying the income tax on the annual revenue of the estate. Like his father, he will receive income through the revenue earned by the assets in the portfolio.

If he is successful in running the portfolio, he may now earn an income of over $20 million annually to support himself, his wife Kate, and their three children, George, Charlotte, and Louis.

What is Kate Middleton’s net worth?

Prior to joining the royal family, Kate became independently wealthy through her family’s company, Party Pieces. Since marrying William, Kate’s net worth has increased due to her duties as a royal, and Wealth-X pegs it at $7 million.

As of Thursday, Kate is the Duchess of Cornwall, further increasing her net worth since she will be financially supported by the duchy. Her responsibilities as the Duchess include supporting her husband in his duties as heir to the throne and Duke of Cornwall.

The benefits of this title include two family homes, owned by the duchy: Highgrove House, located in Gloucestershire, England; and Llwynywermod, in Wales. The family also can stay at Restormel Manor, which is part of the duchy estate, according to the official website of the Duchy of Cornwall. The royals don’t personally own these properties and cannot sell them.

What is Prince Harry’s net worth?

Wealth-X estimates Prince Harry’s net worth to be around $60 million.

Prince Harry was cut off financially from the royal family when he decided to step back from his official duties and move to the United States, he told Oprah Winfrey in an interview in 2021. That includes reportedly repaying $3 million to the Sovereign Grant fund that was being used to renovate his old home.

The Prince’s decision to move away from the family was possible due to the trust fund his mother left him when she died in 1997.

“I’ve got what my mum left me, and without that we would not have been able to do this,” Harry said in the interview about his move. “It’s like she saw it coming and she’s been with us through this whole process.”

Like his brother, Harry reportedly inherited $10 million from his late mother. When Harry inherited his trust in 2014 it had accumulated significant interest totaling over $10 million, Forbes reported.

Meghan Markle, the American wife of Harry, reportedly contributed $2 million to their new life from her earnings as an actress, primarily from the TV show Suits, Forbes reported.

Harry and Meghan bought a home in Montecito, Calif., in 2020 that is now valued at around $30 million.

Details have not yet surfaced about whether Prince Harry stands to receive an inheritance from his grandmother, the Queen.

Harry and Meghan earn an independent income from deals with media companies like Netflix and Spotify, but it is unclear how much exactly they expect to earn from these contracts. It could be significant: Last year, Forbes estimated their three-year deal with Spotify could be worth $15 million to $18 million. The prince can also reportedly earn $1 million for speeches at business summits and other events.

“The value of this signing to Netflix is unquantifiable,” Jonathan Shalit, chairman of a London agency told the New York Times. “Never before has a real-life royal of this magnitude gone commercial in Hollywood.”