‘Realize Your Power’ at this year’s Fortune MPW Summit 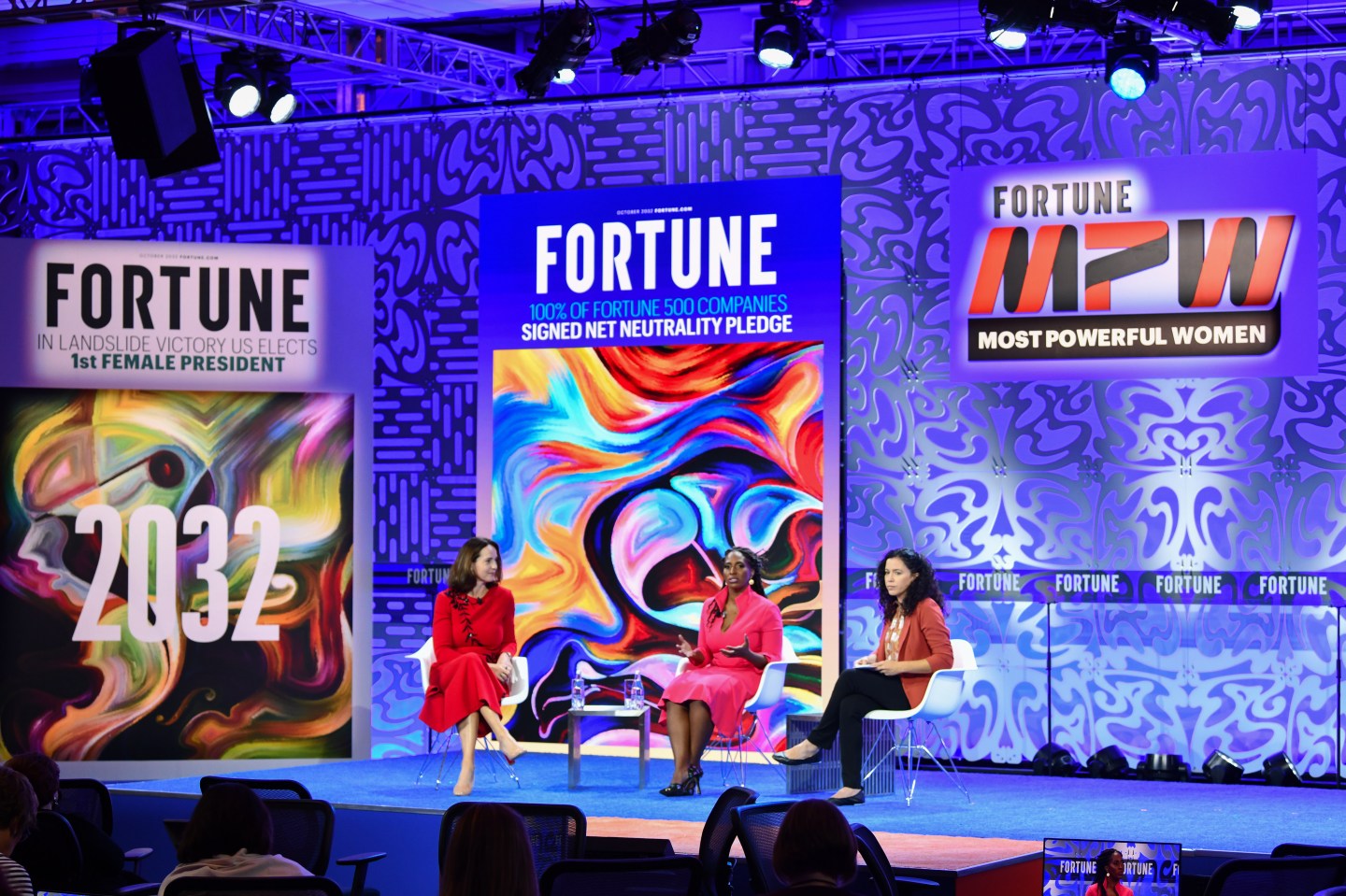 Realize your power. Each year, we come up with a theme for the Fortune Most Powerful Women Summit, which will take place Oct. 10–12 in Laguna Niguel, Calif. It may seem arbitrary, but it’s not. Consider this year’s theme: realizing your power.

To me, the phrase means two things. First, how do we finally get to a place where predominantly male power structures are no longer making decisions for women? How do we work together to push for this reality, once and for all?

Women have made so much progress over the decades. On a personal level, I think about my own family: My grandmother was married off at age 13 (and had no say in whom she married). My mother was the first woman in her family to go to college. And me? I’ve had way more rights and opportunities than any previous generation of women in my family tree. And yet, I’m now raising my daughters in a country where, depending on which state they end up living in, they may not have full control over their bodies.

There’s another meaning to realizing your power, and this one hits close to home not just for me but for Fortune as a whole—and our journalism. Over the past few years, we’ve seen many companies step up in a variety of unprecedented ways. They’ve put in place more expansive family leave benefits, introduced a range of diversity and equity initiatives, and incorporated ambitious sustainability goals into their business plans, among other efforts meant to redefine the role of corporations in our society. These are powerful moves, made by powerful leaders. But with power comes responsibility: How do we hold ourselves (and our companies) accountable for actually meeting these goals? After all, to “realize” doesn’t just mean to become aware—it also means to cause something to happen.

The event is invite-only, but you can apply to register here. And rest assured that The Broadsheet will be reporting from the MPW Summit as it unfolds, one powerful conversation after another.

Aim for the stars. Vice President Kamala Harris announced a new coalition aimed at increasing the number of job opportunities in the space industry for individuals from underserved backgrounds. Jeff Bezos’s Blue Origin, Boeing, Lockheed Martin, and Northrop Grumman will anchor the coalition, which plans to launch three pilot programs next month, with additional support from Amazon, SpaceX, and Virgin Orbit. Reuters

Greenwashed. The Bill & Melinda Gates Foundation has been part of a $1 billion push to bring a “green revolution” to Africa—but farmers and faith leaders are asking them to stop funding the effort. The Alliance for a Green Revolution in Africa, founded in 2006 and funded by the Gates and Rockefeller foundations, aims to drastically reduce hunger and increase farmer productivity and income. But critics say the industrial model of agriculture encouraged is poisoning soil and sending farmers into debt as they’re forced to buy seeds, fertilizers, and pesticides. Critics are demanding that funding be directed instead to small-scale farmers and the implementation of environmentally and ecologically friendly methods. Seattle Times

Risk of implants. Breast implants may cause cancer to develop in the scar tissue forming around them, according to a warning from the FDA released Thursday. While the cancers seem to be rare, cases have appeared in all types of implants, including silicone and saline versions. An estimated 400,000 women in the U.S. get breast implants in a given year, and about 100,000 go under the knife for reconstruction after a mastectomy. New York Times

Mourning period. Buckingham Palace announced Saturday that Queen Elizabeth’s state funeral will be held on Monday, Sept. 19, at Westminster Abbey. On Sunday her coffin was transported from Balmoral Castle to the Palace of Holyroodhouse, in Edinburgh, where its staff had the opportunity to pay their respects to the Queen before she’s brought to St Giles’s Cathedral for a 24-hour lying in state. CNN

Surprise challenger. A former Miss America winner is vying for North Dakota’s sole U.S. House seat against Republican incumbent Kelly Armstrong, after meeting the 1,000-signature threshold required to make the ballot. Cara Mund entered the race in August as an independent, citing her support for abortion rights as reason for running. Democrat Mark Haugen dropped out of the race earlier this week, citing pressure from his party to make room for Mund. AP

On hold. U.K. Prime Minister Liz Truss had held title for less than three days before all government business was suspended following the death of Queen Elizabeth. Yet in that short amount of time, Truss managed to replace her entire cabinet; overhaul several reforms that former PM Boris Johnson put in place; and announce a massive energy bill relief package. Now, a busy schedule awaits Truss after the nation’s mourning period, including a UN General Assembly visit, emergency-budget planning, and policy announcements expected at her first party conference. Guardian

Job review. A South Florida federal judge’s decision to temporarily block prosecutors from accessing documents seized from former President Donald Trump’s Mar-a-Lago resort has opened scrutiny into her judicial record and whether she may be a political ally to the former president. Some argue that Judge Aileen Cannon, nominated by Trump and approved by a bipartisan Senate vote in 2020, is one of the many judges appointed in the Trump administration who lack experience previously considered necessary to preside over a federal court. Others, however, have commended her experience as a federal prosecutor prior to her appointment. Washington Post

Necessary rename. The U.S. federal government has renamed over 650 places, including peaks, lakes, and streams, that bore a slur used to refer to a Native American woman. Interior Secretary Deb Haaland declared the term derogatory in November of last year and ordered members of the Board on Geographic Names to find alternatives. Some businesses, including a ski resort in California, have already done the same and renamed their operations. Colorado Sun

The slain Memphis teacher was abducted before she could complete her morning run. Hundreds of people finished it for her Friday morning CNN

Jackson water crisis: “I remember this happening as a little girl and we’re still dealing with it” Curbed

“It’s a process after you have a kid…to reclaim your bodily functions, your sense of self. Being a mother, you’re going to be a mother from now on, no matter what happens. You have to reclaim everything else.”

—Karen O, vocalist of the Yeah Yeah Yeahs, on returning to making music with the band in 2019 after a lengthy hiatus and giving birth to her son in 2015