‘Offensive as all hell’: Airline CEO gets $287,000 pay raise despite summer of flight cancellations 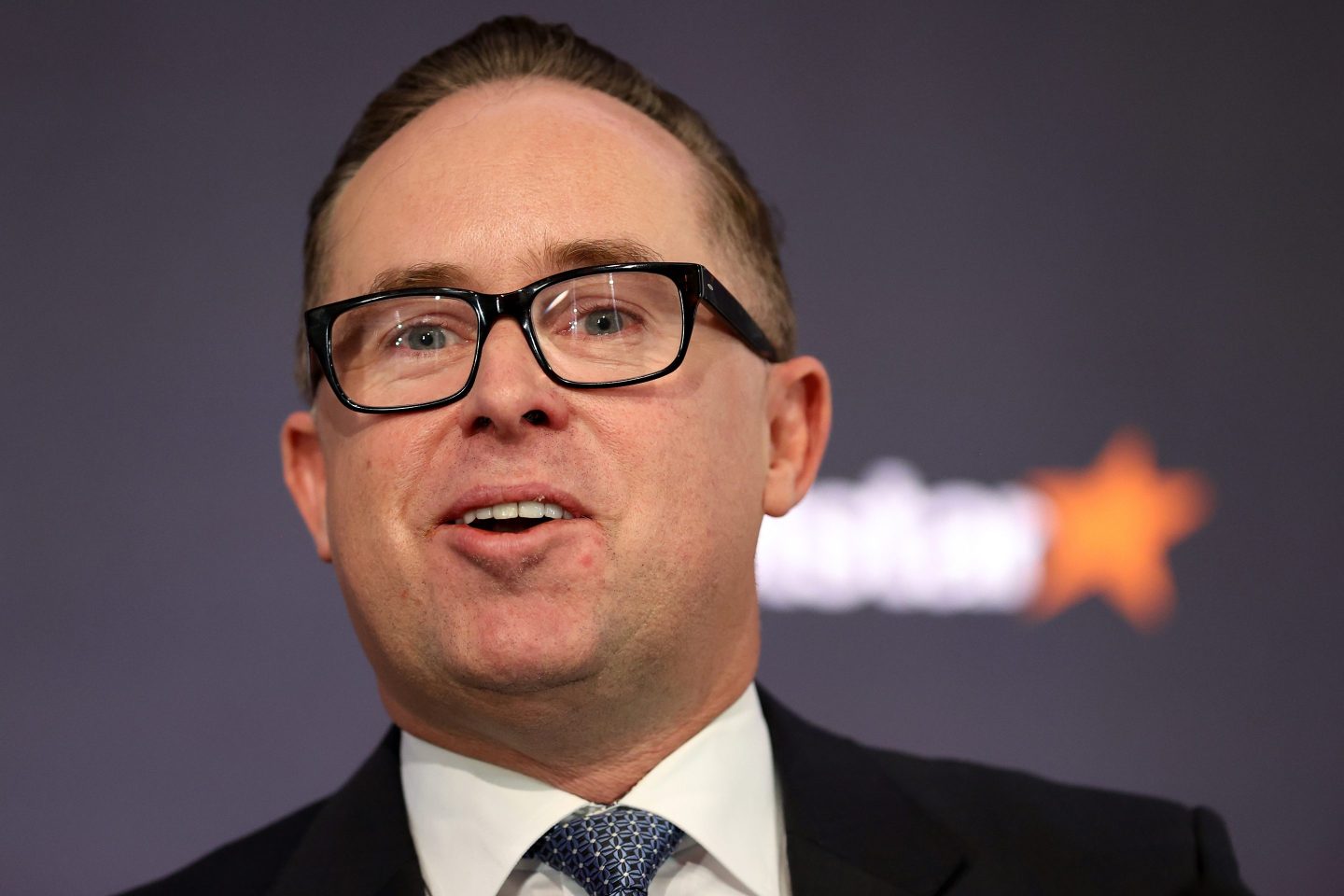 Travel chaos has plagued one of Australia’s most prominent airlines throughout the summer and into the fall.

In June, Qantas Airways Limited canceled more domestic flights than any other airline in Australia. The CEO’s home was hit with eggs and toilet paper in August. And last week, the country’s consumer watchdog organization announced an investigation into the company’s practices.

But the CEO is still getting a quarter-million-dollar raise.

Alan Joyce, who became CEO of Qantas in 2008, made $5,575,000 for the fiscal year ending June 30, according to the company’s recently published annual report. That’s up from $5,288,000 the year before, per the report, and includes an 21% increase to his base salary, alongside more shares in the company.

And not everyone’s happy about it. One Australian senator, Tony Sheldon, told the Sydney Morning Herald on Sept. 9 that the pay package is “offensive as all hell.”

Sheldon, a member of the Australian Labor Party, was formerly a prominent official for the Transport Workers’ Union of Australia. In his comments, he pointed out that major flight disruptions have continued to impact Qantas passengers throughout the summer months and into September.

Last week, Qantas subsidiary Jetstar canceled multiple flights between Bali and Melbourne and Sydney, stranding as many as 4,000 people.

“It’s shameless that while thousands of people are stranded in Bali and everywhere else, he gives himself a massive payday,” said Sheldon. “Flights are still being canceled right around Australia.”

Sheldon also cited controversial moves by the company to cut thousands of jobs in the early months of the pandemic, when demand for air travel plummeted.

Qantas did not immediately respond to Fortune’s request for comment.

In a statement to the Sydney Morning Herald, the company said that it increased Joyce’s salary in response to several months of reduced or no pay the executive voluntarily took during the pandemic.

The company’s chairman further defended Joyce to the outlet in a recent interview, calling him “the best CEO in Australia by a length of a straight.”

In June of this year, 8.1% of Qantas’ domestic flights were canceled, according to Australia’s Bureau of Infrastructure and Transport Research Economics.

Qantas is not the only airline that has struggled over the past few months to keep up with the post-pandemic surge in demand for flights.In the U.S., airline CEOs started to issue public apologies, gave out pizza to impacted passengers, and in one case even offered passengers $10,000 to leave a flight. In the U.K., London’s Heathrow started limiting the number of flights leaving every day. Last month, it extended the traffic cap through October.