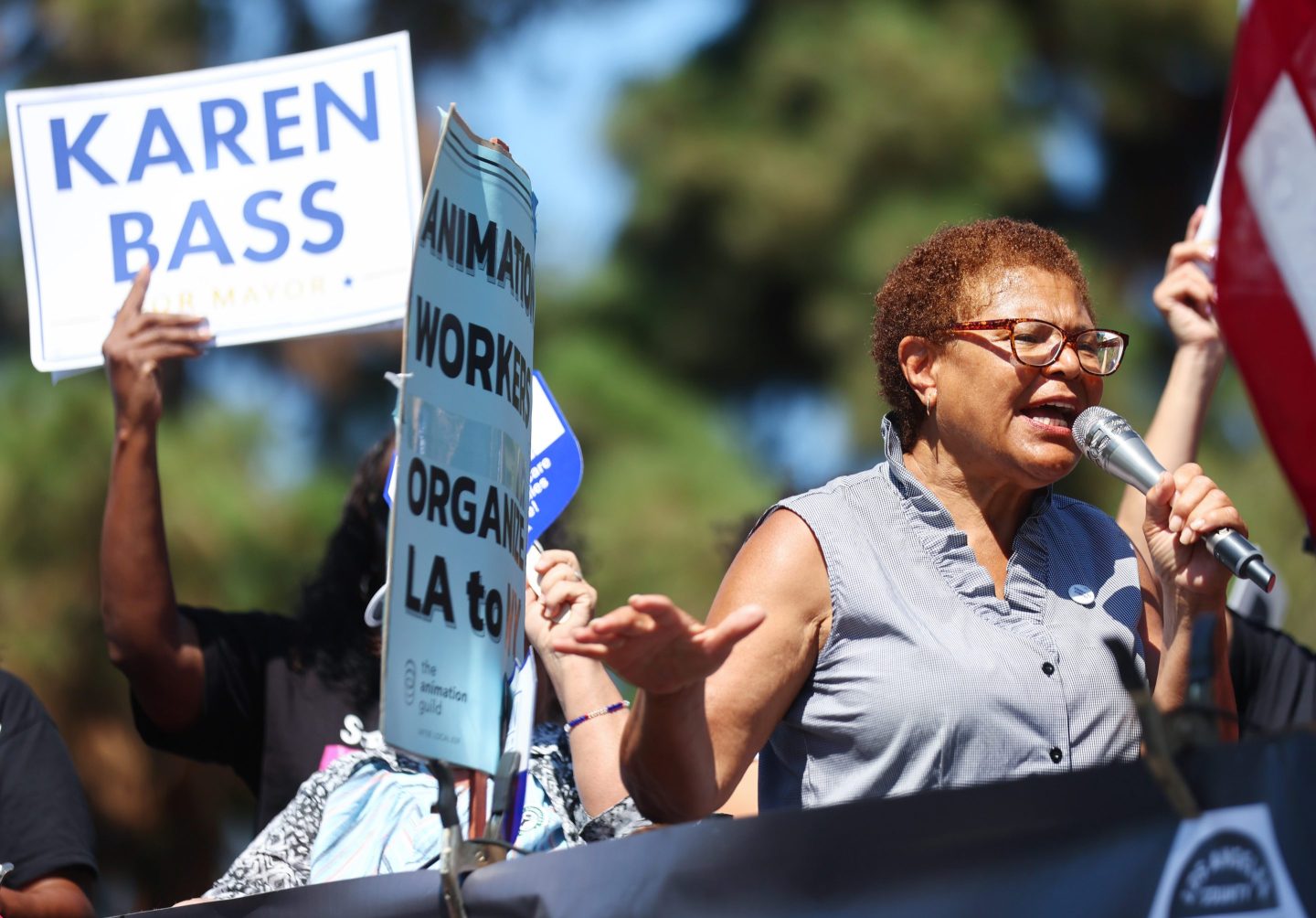 The home of Karen Bass, the front-runner to become Los Angeles mayor, was broken into Friday, underscoring how rising crime rates in the second-largest US city have become a top issue in upcoming elections.

Two firearms, which were “safely and securely stored,” were taken while cash, electronics and other valuables were left behind, according to a statement from Bass’s campaign.

“It’s unnerving and, unfortunately, it’s something that far too many Angelenos have faced,” Bass said.

Bass, a former community organizer and long-time congresswoman, is facing billionaire developer Rick Caruso in November’s mayoral election. The left-leaning city has been grappling for years with soaring homelessness, crime rates and housing costs, issues that both candidates have sought to campaign on.

Property crimes have increased roughly 13% this year, compared with the same period in 2021, according to statistics from the Los Angeles Police Department.

In a March interview with Bloomberg News, Bass vowed to get tough on crime and reform policing to address a spike of violence across LA. Another top priority is addressing the city’s worsening homeless crisis.

—With assistance by Christopher Palmeri