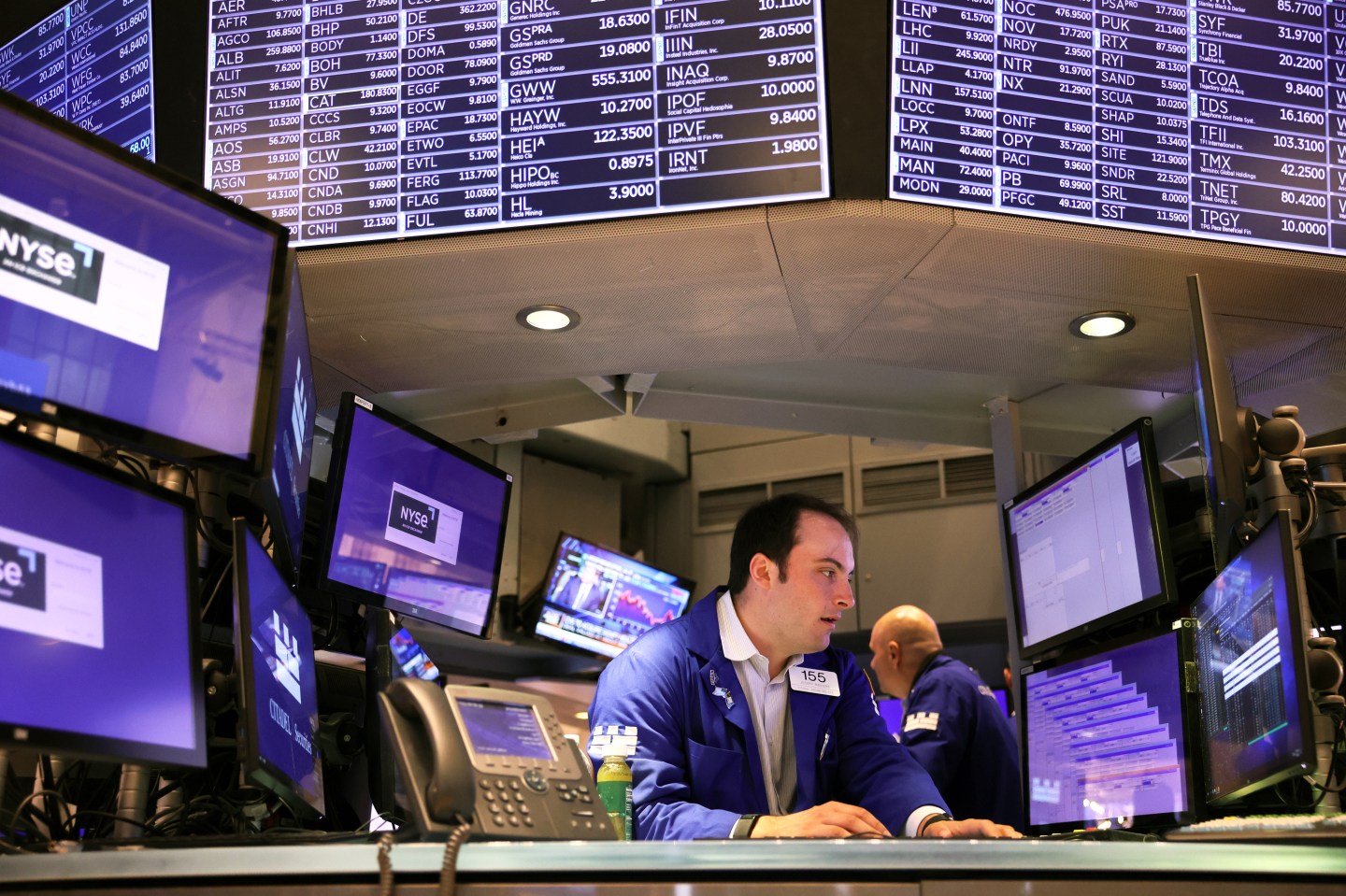 How low could the stock market go in a recession?
Michael M. Santiago/Getty Images

If the U.S. economy falls into a recession this year or next, it could feed a bear market that is already ravenous.

In June, the S&P 500 stock index crossed a daunting line, falling over 20% from its previous market high in January and officially triggering a bear market.

Since then, despite short-lived rallies, the market’s bearish turn has persevered, with few stocks spared. But with looming threats of falling company profits and slower economic growth in the near future, the stock market’s slide may be far from over.

“In the event we slide into a recession, the selloff could have much further to go,” Deutsche Bank strategists, led by the bank’s chief U.S. equity and global strategist Binky Chadah, wrote in a research note published Wednesday.

“The outlook looks relatively binary,” Chadah’s team wrote, indicating that the U.S. stock market would barrel down one of two very distinct paths depending on whether the economy slips into a recession.

Deutsche Bank estimated that the S&P 500 could fall to as low as 3,000 points in the event of a recession, which would mark a 25% decline from its current level of 3,980, and a 36% drop from the beginning of the year.

But if a recession were to be avoided, the market could “rally back sharply to its prior peaks,” the strategists wrote, targeting a year-end valuation for the index of 4,750 points, a nearly 19% increase from today.

A growing number of investors and economists have begun pricing in a recession occurring within the next year, according to recent polls, with John Hopkins University economist and inflation expert Steve Hanke even going as far as saying that a “whopper of a recession” next year is unavoidable.

Other market watchers have taken a softer tone, with Goldman Sachs chief economist Jan Hatzius recently outlining a complicated but achievable path for the Federal Reserve to avoid triggering a recession.

Chadah’s team wrote that current economic trends are “consistent” with a recession, but have so far not begun signaling the U.S. is already in one.

A key indicator cited by the strategists is the continued claims metric, referring to the number of people who have filed for unemployment and have already started receiving benefits. Continued claims have so far “risen above cycle lows but are not signaling imminent recession,” according to Deutsche Bank economists.

Chadah’s team wrote that the stock market’s future will largely be influenced by the direction earnings take the rest of the year, although recent positive results may not be entirely reliable as a signal.

Second quarter earnings came with some better-than-expected results over the past month, but Deutsche Bank argued that surging oil prices and strong performances by energy companies distorted the earnings picture. Chadah’s team predicted that oil prices and energy earnings will begin falling modestly starting in the third quarter.

Deutsche Bank’s view on the chances of a steep stock market downturn in the event of a recession are in line with similar predictions from other banks. In a research note last month, Goldman Sachs analysts wrote that the S&P 500 could fall to 3,150 points if a recession hits, a 34% drop for the index since the start of the year.