If your family makes less than $100,000 per year, Princeton will cover all your tuition. The next step is actually getting in 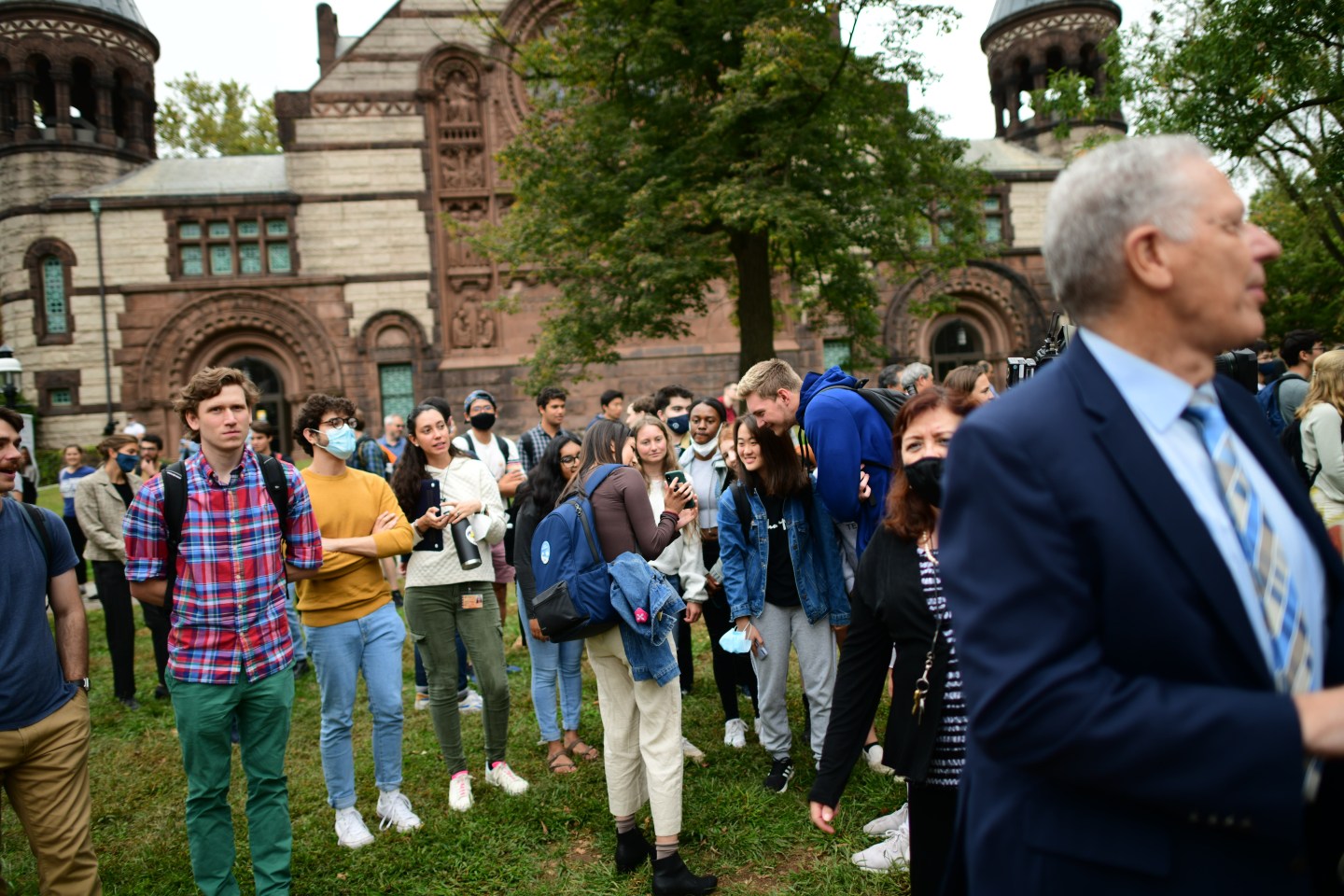 Princeton students are going to get more aid next year.
Mark Makela/Getty Images

Making college cheaper is on everyone’s minds. Even, it turns out, Princeton University.

After President Joe Biden announced he’d cancel up to $20,000 in student debt in late August, the debate over the cost of college tuition has gotten new life. According to a statement on Thursday, the Ivy League school in central New Jersey is now covering all undergraduate costs for families earning less than $100,000 annually; it used to cover for up to $65,000.

The change will take effect in the fall of 2023, and the university estimates that over 25% of undergraduates are expected to receive aid that will cover the entire cost of tuition and room and board. Princeton said families with income above $100,000 can still qualify for aid as well.

For this school year, the estimated cost to attend Princeton was over $79,000. The breakdown: $57,410 for tuition itself, $10,960 for the room charge, $7,670 for the board rate, and an additional $3,500 for miscellaneous expenses (which are considered class dues, costs of books, and personal expenses). Multiply that number by four—it’s over $300,000 for one single student over the span of four years, the average time needed to earn a degree.

“One of Princeton’s defining values is our commitment to ensure that talented students from all backgrounds can not only afford a Princeton education but can flourish on our campus and in the world beyond it,” the university’s president, Christopher Eisgruber, said in the announcement.

He added: “These improvements to our aid packages, made possible by the sustained generosity of our alumni and friends, will enhance the experiences of students during their time at Princeton and their choices and impact after they graduate.”

Getting in will still be hard, of course. Only 4% of the thousands of people who applied to Princeton were accepted as of 2021. It’s an Ivy League school with a prestigious reputation, but still the changes being made intend to help the select few that are admitted and choose to enroll.

However, an economist with an expertise in higher-education finance, Sandy Baum, says the change is limited in its impact.

“Does it change the world? No,” she told the Washington Post. “Will it make life better for the small number of people who are fortunate enough to get into Princeton? Sure.”