Alphabet’s CEO says the company has plenty of competition. Why that’s not enough to satisfy antitrust regulators 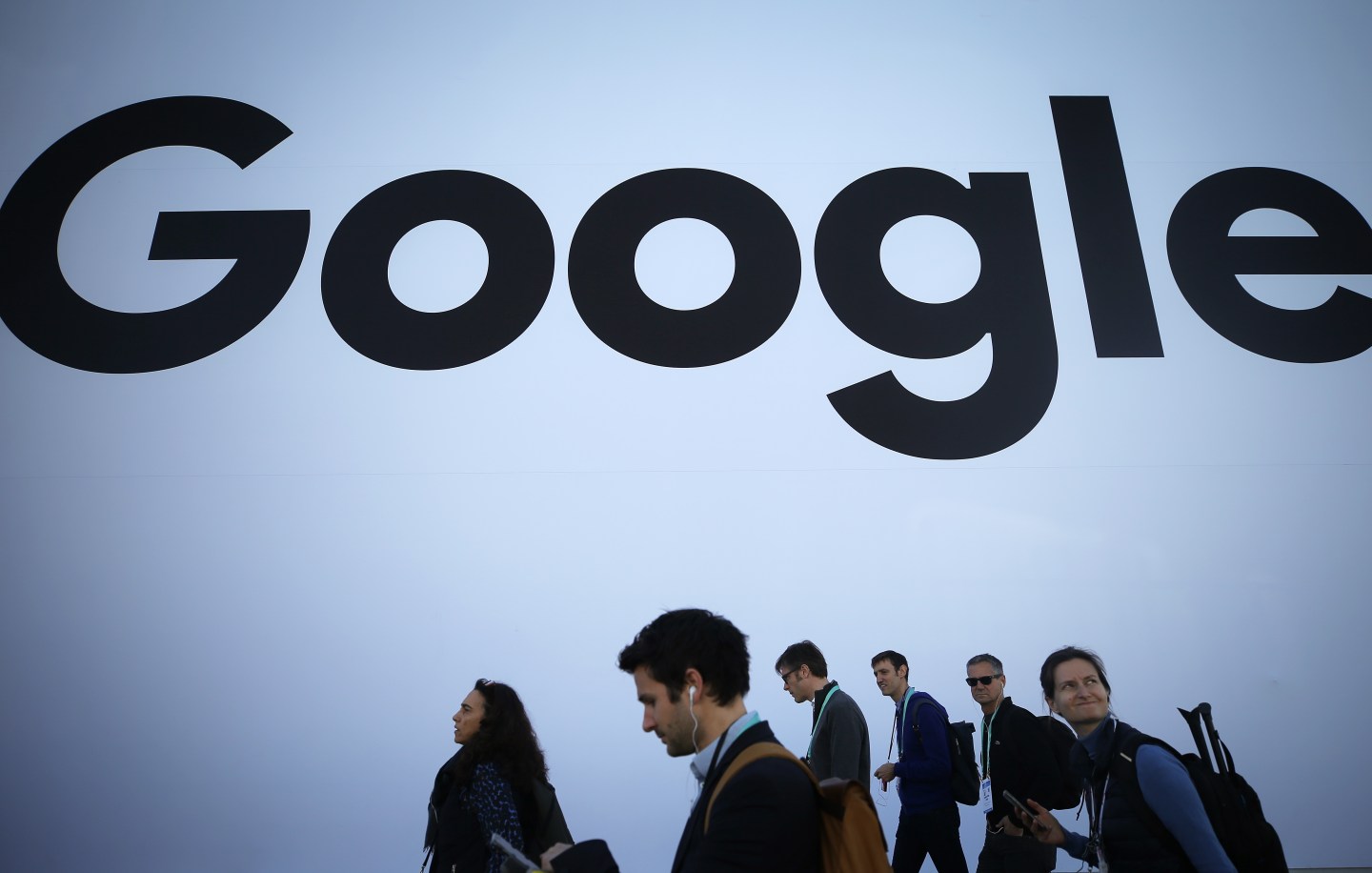 In an interview at Vox Media’s Code Conference, the chief of Google and YouTube made the case that his iconic brands already face stiff challenges from well-established rivals and aspiring upstarts. The comments came as Google faces multiple investigations and lawsuits, each of which allege that the Alphabet unit has employed anticompetitive practices to build and maintain its market share in various tech sectors.

“The thing about being in tech is the competition comes from nowhere,” Pichai said. “None of us were talking about TikTok three years ago, so I think you have to be open-minded.” He cited classic rivals to Google’s core business, such as Amazon, Microsoft, Apple, and Facebook, as well as upstarts like TikTok, which is putting pressure on Google’s YouTube video business. He even cited competitors from China, such as Tencent and Alibaba.

Pichai’s claim reveals a strategic framing of Alphabet’s relationship with competition, one that fails to differentiate between external threats and internal practices. In doing so, Pichai does little to reassure Alphabet shareholders that it will easily fend off antitrust regulators circling the company.

While it’s a bit unfair to extrapolate Pichai’s full thoughts on competition from a two-minute snippet during an interview, it’s telling that the Alphabet leader chose to focus on the quantity of adversaries. By invoking the names of several tech mammoths and the fastest-growing app on the market, Pichai implies that Alphabet’s business faces more than enough competition.

And in some respects, Pichai has a point.

While Google remains far and away the leader in ad revenue, pulling in $34 billion more than Meta, Amazon, and Microsoft combined in the first half of 2022, some of its tech brethren are ever so slowly snagging some market share. Amazon and Microsoft both reported ad revenue gains of 20% to 25% in the first six months of the year, while Alphabet posted 16% growth. Apple doesn’t divulge marketing revenues, but Bloomberg reported last month that the iPhone maker wants to more than double its current ad sales total.

There’s also no denying the success of fast-ascending short-form video app TikTok. Insider Intelligence estimates suggest YouTube users in the U.S. spent 13% more time on the app in 2021 when compared to 2019, while time on TikTok jumped 46% during that stretch. TikTok’s rise also forced YouTube to develop its own short-form video feature, YouTube Shorts, which Alphabet hasn’t been able to monetize as well as its legacy platform.

Yet antitrust regulators aren’t arguing that Alphabet faces insufficient competition from deep-pocketed peers. Rather, they’re building cases around Alphabet’s own behavior over the past several years.

When the Department of Justice and 11 state attorneys general sued Google in 2020, government officials cited the Alphabet unit’s entry into a “series of exclusionary agreements that collectively lock up the primary avenues through which users access search engines, and thus the internet.” As an example, DOJ and state prosecutors cited Google’s multibillion-dollar deal to serve as the iPhone’s de facto search engine.

Similarly, European Union regulators are probing whether Google essentially paid off Meta to abandon efforts to build competing ad technologies and shun Google competitors. If the allegations are proven, the deal would “restrict and distort competition in the already concentrated ad tech market, to the detriment of rival ad serving technologies, publishers, and ultimately consumers,” EU officials said in March.

The Department of Justice also is expected to sue Google later this year amid allegations that the unit “abuses its role as both a broker and auctioneer of digital advertisements to steer itself business at the expense of rivals,” the Wall Street Journal reported. While the lawsuit hasn’t been filed, Alphabet has already offered to split up its ad business into more than one company, the Journal reported.

It would be naive to expect Pichai to admit to anticompetitive practices on a conference stage, particularly with litigation pending on multiple fronts. At the same time, rattling off a list of rivals does little to bolster faith in the fairness of Google’s practices. It’s certainly not enough for domestic and foreign regulators.

Still the same cost. Apple unveiled its latest line of iPhones on Wednesday, debuting a base and pro version with an unchanged price from the previous iteration. Company executives largely highlighted advanced camera and battery life features on the new iPhone 14 models, which will arrive in mid-September. The phones will go on sale at a time when many consumer electronics companies are seeing a slowdown in sales, though Apple reported no significant slippage in the first half of the year. Apple leaders also introduced upgrades to the company’s smartwatch and wireless headphones.

Better luck after next year. A top Samsung executive warned Wednesday that a slowdown in semiconductor sales likely will extend into 2023, adding to growing concerns about an extended slump, the Wall Street Journal reported. Kyung Kye-hyun, Samsung’s co-CEO and semiconductor unit chief, said during a media briefing that the outlook on chip sales “doesn’t really seem to show a clear momentum for much improvement” in 2023. Semiconductor executives throughout the industry have forecast a rough second half of 2022 amid a pullback on consumer electronics spending.

A split decision. A judge ruled Wednesday that Elon Musk can use a Twitter whistleblower’s claims about major security lapses in his defense against a lawsuit demanding that he complete a $44 billion acquisition of the company, Bloomberg reported. However, the judge also denied Musk’s request to delay the start of a trial in the case, which is expected to begin in mid-October. Musk has argued that revelations provided last month by Twitter’s former head of security, Peiter “Mudge” Zatko, offer more evidence that the company violated terms of a takeover agreement.

Very much made in China. Breaking up with China—or at least changing to a more open relationship—will be hard to do for Apple. The New York Times reported Tuesday that the iPhone maker’s budding efforts to shift manufacturing to other Asian nations would require uprooting deep ties to China, where the company contracts with an extensive web of assemblers and component makers to push out its products. Sources told the Times that Apple’s latest iPhone, unveiled Wednesday, relied “more than ever” on Chinese partners. At the same time, Apple is exploring options for moving manufacturing to India, Vietnam, and other countries in the region amid worsening U.S.-China relations and frustration with the republic’s COVID policies.

The critical work provided by China reflects the country’s advancements over the past decade and a new level of involvement for Chinese engineers in the development of iPhones. After the country lured companies to its factories with legions of low-priced workers and unrivaled production capacity, its engineers and suppliers have moved up the supply chain to claim a bigger slice of the money that U.S. companies spend to create high-tech gadgets.

The increased responsibilities that China has assumed for the iPhone could challenge Apple’s efforts to decrease its dependency on the country, a goal that has taken on increased urgency amid rising geopolitical tensions over Taiwan and simmering concerns in Washington about China’s ascent as a technology competitor.

125 founders reveal how they’re cutting costs to prepare for the downturn, by Jessica Mathews

Torrential rains are forcing CEOs in India’s Silicon Valley to ride tractors to work, by Saritha Rai and Bloomberg

Deepfakes are stealing the show on ‘America’s Got Talent.’ Will they soon steal a lot more too? by Jeremy Kahn

A lesson in cybersecurity. It’s back-to-school season for hackers, too. The Associated Press reported Tuesday that cybercriminals launched a Labor Day weekend attack on Los Angeles Unified School District, the nation’s second-largest district, causing a shutdown of the organization’s information technology systems. Los Angeles Unified becomes the biggest district to date hit by hackers, who have increasingly taken over schools’ online systems and demanded payment in exchange for relinquishing control. However, the superintendent of Los Angeles Unified said the hackers haven’t sought money from the district, and the attack appeared limited to business-related information. There was no cyber snow day, either, as classes were back in session Tuesday.