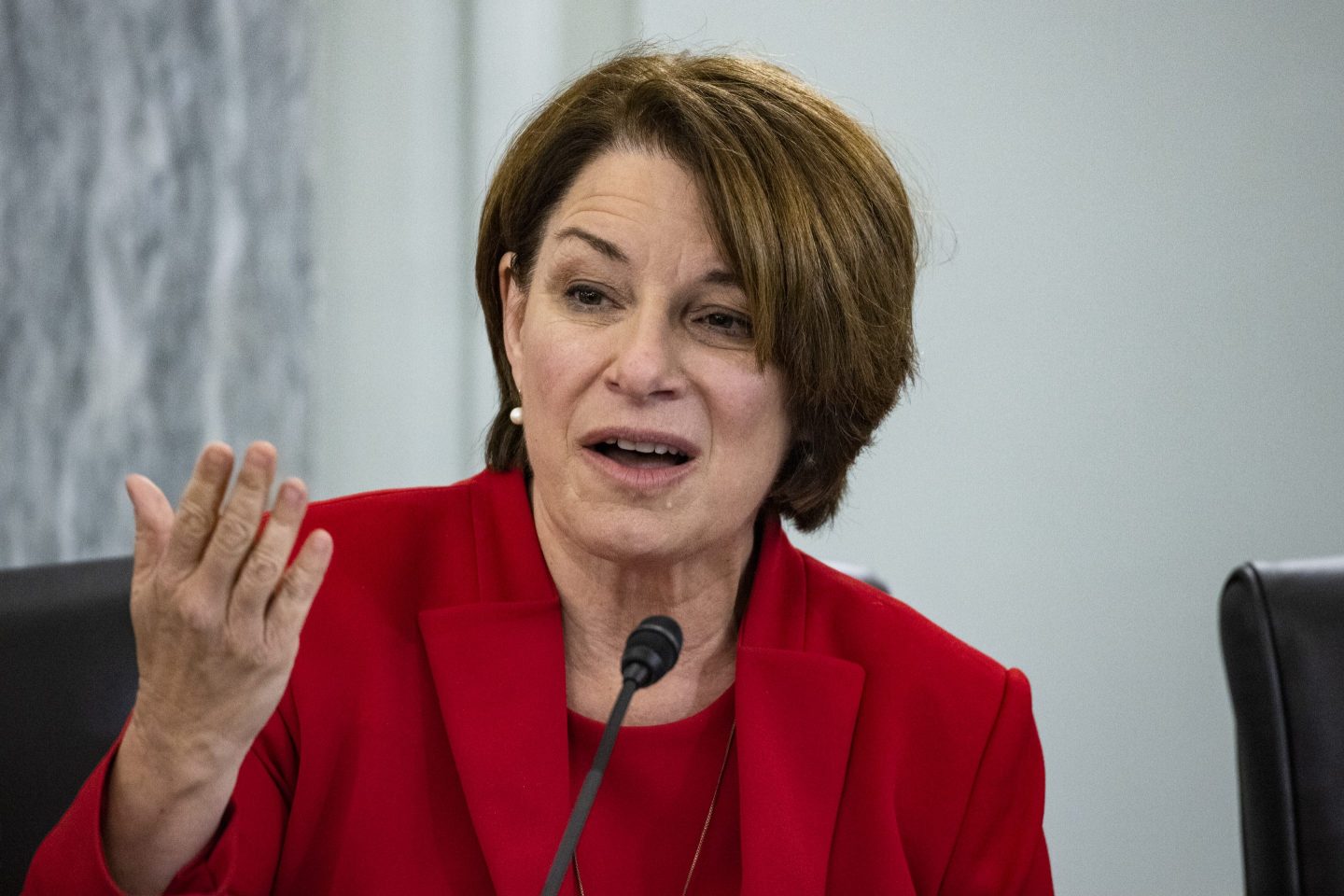 A high-profile push by Congress to rein in the nation’s biggest internet companies is at risk of failing with time running out to pass major legislation ahead of midterm elections.

Alphabet Inc.’s Google, Apple Inc., Amazon.com Inc. and Meta Platforms Inc. and their trade groups have poured almost $95 million into lobbying since 2021 as they seek to derail the American Innovation and Choice Online Act, which has advanced further than any U.S. legislative effort to address the market power of some of the world’s richest companies.

After a nearly two-year battle, the bill is now at a critical juncture as the Senate returns this week for a final stretch before the November midterms. Backers of the measure swear they have the necessary votes, yet it’s unclear if they do, and the Senate will be busy with other must-pass spending legislation.

The view that momentum for the bill is slowing is based on conversations with nearly two dozen of its supporters and critics—including policy experts, lobbyists, congressional aides and advocates. One Hill staffer summed it up as a do-or-die moment.

“If supporters of this bill had enough votes, it wouldn’t be a bill, it would be a law,” said Matt Schruers, president of the Computer & Communications Industry Association, which represents the major tech companies.

Failure would be a setback for politicians, activists and regulators who argue Silicon Valley has too much control over people’s lives. It would mark a huge win for Big Tech, which has argued that the measure would weaken privacy, threaten national security and degrade products that consumers enjoy.

Even if this bill falls short, advocates say the attention on this measure has helped build the antitrust movement into something bigger than any one piece of legislation. Sarah Miller, head of the American Economic Liberties Project, an anti-monopoly nonprofit, said she supports the bill and wants to see it pass, but she said this is “not a one-time fight.”

“Now is a pretty good moment to move it through,” Miller said of the measure. “Is it the end of the road for bills dealing with big tech monopoly power? No.”

Although clipping the wings of tech giants through antitrust reform had support from both Republicans and Democrats during this Congress, a likely GOP majority in the House next year is expected to focus on allegations that internet platforms squelch conservative viewpoints.

That’s why tech lobbyists have been trying to run out the clock. Leading Republicans like California’s Kevin McCarthy, who is on track to become Speaker under a GOP majority, have publicly opposed the antitrust push.

The legislation’s sponsors can see the window narrowing. Antitrust advocates were expecting a vote before Congress adjourned for four weeks in August. But Schumer told donors in July that it didn’t have enough votes to pass.

Minnesota Democrat Amy Klobuchar, who introduced the bill along with Iowa Republican Chuck Grassley, expressed confidence that Majority Leader Chuck Schumer will put the proposal to the ultimate test by asking senators to vote on it now.

“Once this bill comes to the floor for a vote, we are confident it will pass,” Klobuchar told Bloomberg News.

The bill has 13 co-sponsors in the Senate, where it would need 60 votes to pass and be sent to the House. Supporters like Yelp Inc.’s head of public policy Luther Lowe, a longtime Google critic, argue that enough undecided lawmakers would vote for the measure if it came to the floor.

A Schumer spokesperson said he’s working with the bill’s sponsors to find the necessary votes and he still plans to bring it to the floor.

The bill was approved by both the House and Senate Judiciary Committees on strong bipartisan votes. Several amendments have addressed concerns about privacy and security issues. What hasn’t killed the bill “has made it stronger,” said Yelp’s Lowe.

The measure seeks to restrict the companies from favoring their own products, so that competitors who depend on these platforms to reach consumers wouldn’t be at a disadvantage. That could impact the design of Google Maps, the display of Apple Music on an iPhone or the prominence of Amazon Basics on the company’s e-commerce site.

Klobuchar’s staff members are working with several Democratic senators who shared concerns about the bill’s impact on content moderation, according to people familiar with the conversations. Hawaii Democrat Brian Schatz and Oregon Democrat Ron Wyden have pledged to support the bill if changes are made.

Still, its path to becoming law isn’t going to get any easier. Congress has to fund the government in September before the next fiscal year begins Oct. 1. And the Senate is planning to be in session for just two weeks in October before midterm elections.

“I don’t see it going to the floor,” said Michael Petricone, senior vice president of government affairs at the Consumer Technology Association, a trade group that counts Amazon, Google and Facebook among its members. “With an election coming up, I expect senators to come back and focus on issues that are popular with voters. Tech regulation is not one of those issues.”

—With assistance from Leah Nylen.