Toronto home prices crashed 16% in the past 5 months, and the ‘historic correction’ isn’t close to done yet 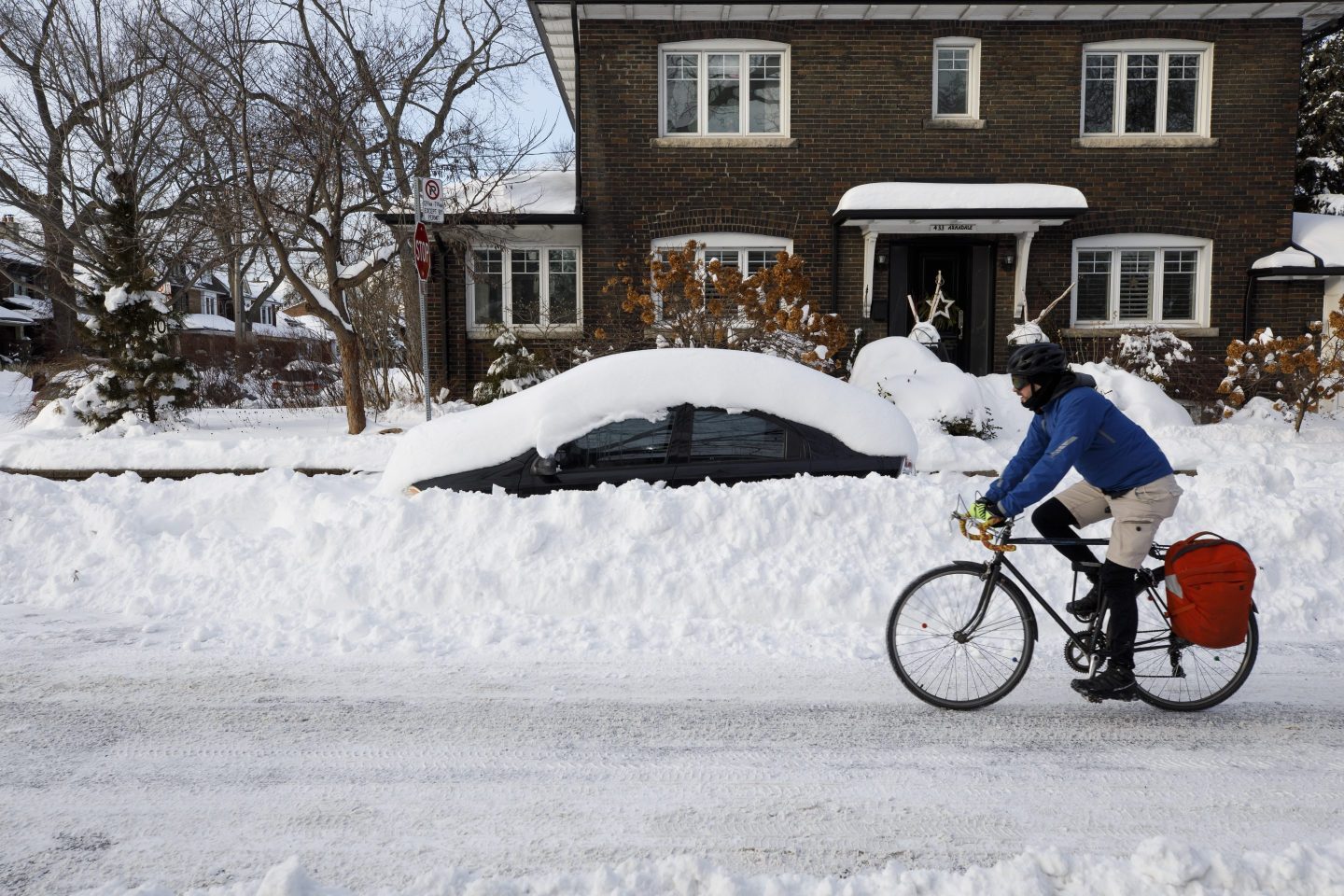 After a snowstorm in Toronto, Jan. 18, 2022.
Cole Burston—Bloomberg/Getty Images

Canada’s most expensive housing market is now in the middle of a historic downturn, but the nation’s property sector has yet to reach its bottom as the market continues to acclimate to soaring interest rates.

Benchmark home prices in Toronto have fallen for five straight months—the largest decline in five years—by a total of 16% since March. In August alone, the benchmark price for a Toronto home dropped 2.8% to C$1.12 million (around $856,000), according to new data from the Toronto Regional Real Estate Board.

The Bank of Canada aggressively raised its benchmark interest rate to 2.5% in July—the highest rate hike seen in 24 years—in a bid to combat Canada’s highest inflation in four decades. It followed a series of rate hikes earlier this year from a pandemic low of 0.25%.

Higher interest rates have affected people’s ability to buy homes, and have tacked on costs for existing homeowners facing mortgage renewal. The number of homes sold in Toronto dropped to 5,627 in August, a 34% decline year on year. Canada’s central bank will likely raise rates again by three-quarters of a percentage point next week, according to Bloomberg data, meaning that Canadian house hunters will continue to confront higher borrowing costs, pricing out some buyers.

“The pandemic may not be over, but the pandemic-era housing boom certainly is,” Robert Hogue, assistant chief economist at RBC, wrote in a recent report. Canada’s housing correction “now runs far and wide. In Toronto and Vancouver, the decline in activity is quickly becoming one of the deepest of the past half a century. Prices are sliding fast, and the exuberance that permeated…is being replaced by fear,” he wrote earlier in August.

The Toronto real estate board is now asking for a review of “stress tests.” Mortgage lenders in Canada are required by law to conduct these tests on new borrowers to determine whether they can handle higher rates.

Housing activity nationwide will also continue to cool, given expectations of further rate hikes this month and in October, with Hogue predicting that the market will only adapt to the higher rates by early 2023, “placing the bottom for prices around springtime” next year.

National benchmark home prices—the sale price of a typical home in a certain area—will likely drop 12% from the recent peak, and the number of home resales will likely decline 23% this year and another 15% in 2023, he said.

Provinces like Ontario and British Columbia—where Toronto and Vancouver, Canada’s most expensive cities for housing, are located—could record “peak-to-trough [price] declines exceeding 14%,” he said. “The frenzy that took Toronto’s market to unprecedented heights this winter is completely gone. Activity has quieted down to its slowest pace in [over] 13 years, [excluding] the April 2020 lockdown,” Hogue said, referring to the city’s July housing activity. Buyers will “remain on the defensive in the months ahead as they deal with rising interest rates and poor affordability.”

Some Toronto residents, however, are taking advantage of the lower home prices. The real estate board’s August data showed some signs that the market rout is easing. Last month, real estate transactions in Toronto grew 11% from July on a seasonally adjusted basis.

The ratio of home sales to new listings grew compared with the past three months, indicating that demand and supply could be beginning to balance out, the real estate board said.

Despite Toronto’s recent slump in home prices, the city still faces a dire supply and affordability crisis. Covenant House Toronto, a homeless shelter intended for at-risk youth, has seen the numbers of university students living in its building surge to one-third of its residents, compared with 26% in 2019. “It’s very much a trend that has mirrored the affordability issues with rental housing in Toronto,” Mark Aston, the shelter’s executive director, told Bloomberg.

According to the University of Ottawa’s Smart Prosperity Institute, a Canadian think tank, the province of Ontario needs 1.5 million additional homes to be built in the next decade to meet housing demand. Around half of the demand will come from Toronto and two adjacent regions; Toronto alone, is short at least 259,000 homes.