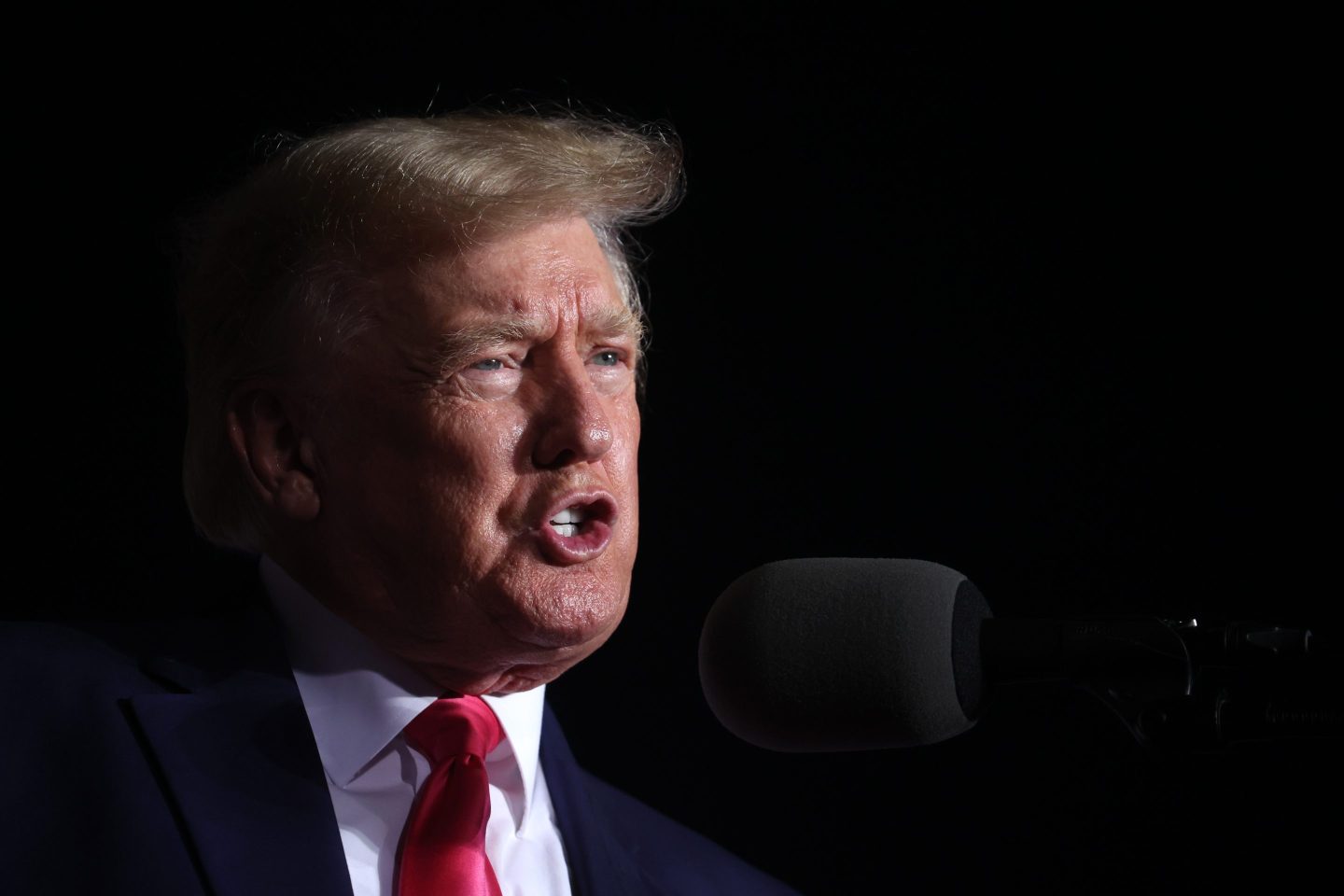 Agents found 103 documents with classification markings amid the hundreds of other documents and photos in the boxes.
Scott Olson—Getty Images

A federal judge in Florida unsealed a more detailed list of items retrieved by the FBI from former President Donald Trump’s Florida resort, showing documents with some of the nation’s highest classification markings intermingled with photos, gifts, clothes and press clippings.

The seven-page “property inventory” released on Friday offered a more comprehensive breakdown of what federal agents found in each of the 27 seized boxes and other collections of documents, but no information about the contents or subject of the most sensitive materials.

U.S. District Judge Aileen Cannon also ordered the release of a brief report from the Justice Department describing steps that have been taken in the federal criminal investigation into Trump’s potential mishandling of documents with some of the nation’s highest classification markings.

The information was released by Cannon as she considers Trump’s request for a neutral third party to review documents with classification markings up to the top secret level that he stored at his Mar-a-Lago resort after he left the White House. Trump, who claims the unprecedented Aug. 8 search was politically motivated, hasn’t been charged with any crime.

DOJ officials wrote in the newly unsealed document that the investigative team had finished a “preliminary review” of all documents except for records segregated by a separate filter team in charge of looking for any potentially privileged materials. They wrote that investigators would continue “to use and evaluate the seized materials as it takes further investigative steps, such as through additional witness interviews and grand jury practice.”

DOJ wrote that “the nature and manner in which they were stored,” as well as the actual contents of the documents, “will inform the government’s investigation.”

Officials also said that the investigative team “has been and will be continually mindful of the potential for attorney-client privilege issues and the filter protocols contained in the search warrant.”

According to the inventory list, agents found 103 documents with classification markings amid the hundreds of other documents and photos in the boxes. There were 19 items described as “Article of Clothing/Gift,” 33 books, 90 empty folders—including some with classification markings or labeled “Return to Staff Secretary/Miliary [sic] Aide”—and hundreds of news articles or “printed media.”

A different federal magistrate judge in Florida had previously ordered the release of the original property receipt that the FBI left with Trump’s lawyer following the search after DOJ asked to have it unsealed; that document didn’t offer the same level of detail as the inventory released on Friday.

The government has repeatedly noted in court and in its filings that it is extremely rare to make public documents like search warrants, FBI affidavits and lists of items seized during searches before any criminal charges have been filed. Generally such documents are kept under to seal to protect the rights of the person being investigated. Trump and his allies had publicly demanded the search warrant and affidavit be unsealed.

The FBI executed a search warrant at Trump’s home last month in order to seize documents after months of negotiations and apparently false assurances by his lawyers that all material with classified markings had been turned over.

Cannon has issued a preliminary order saying she is leaning toward granting the request for a so-called special master to review the seized documents and held a hearing on the matter Thursday. The Justice Department argued during the hearing that Trump has no right to a special-master review, and that allowing one now would be unprecedented because the seized documents do not belong to him.

The case is rooted in Trump’s voluntary return of 15 boxes of records in January after months of negotiations with the National Archives. The Archives found highly classified documents in the trove and referred the matter to the Justice Department, which began a probe to determine if Trump had more such materials in his possession.

Previously, the search warrant in the case and part of the FBI’s affidavit to justify it were released. But redactions prevented the public from learning how the DOJ was able to determine that Trump wasn’t handing over all the records in his possession. The case involves numerous civilian witnesses, according to the DOJ.