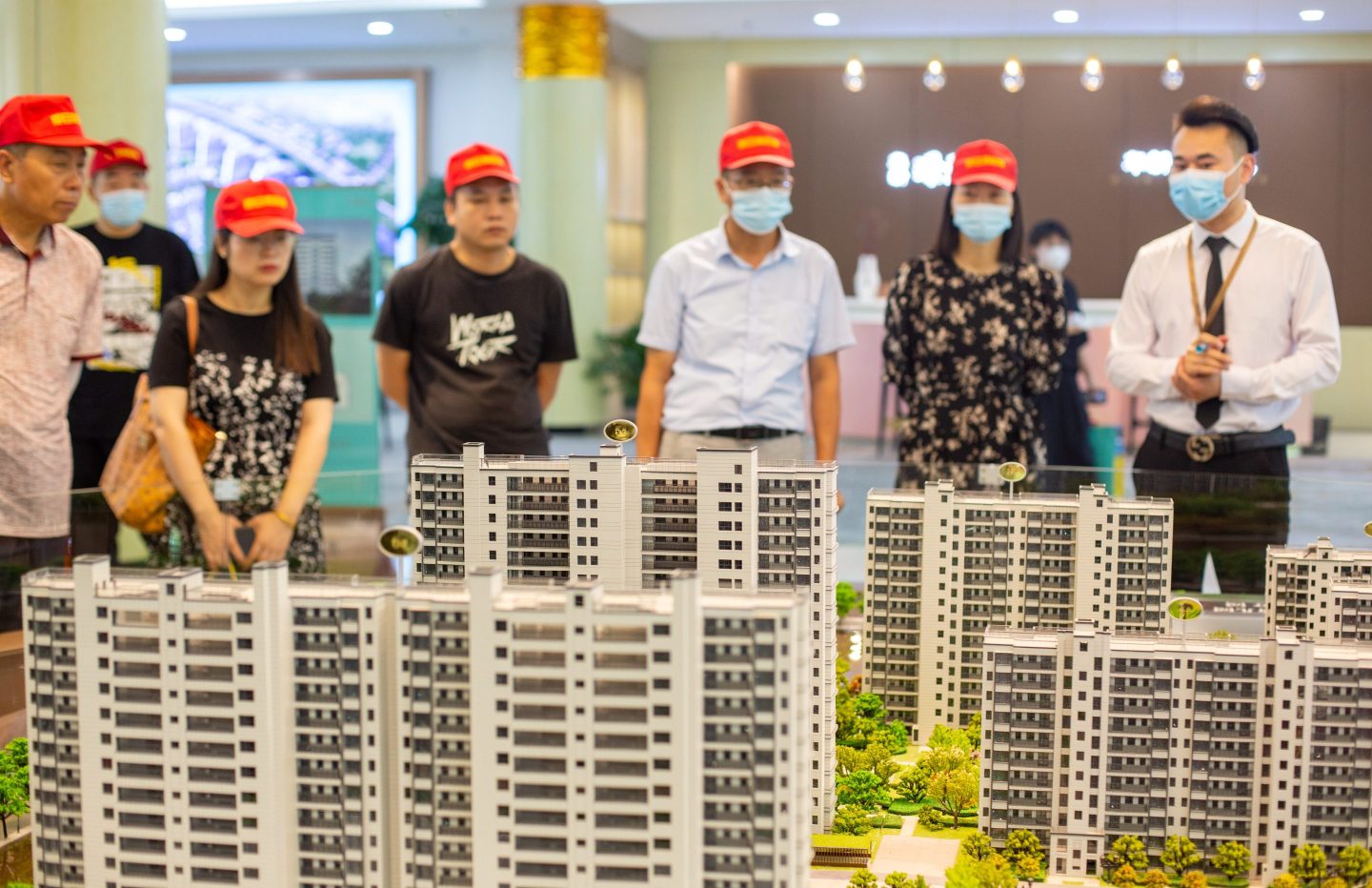 Residents learn about the real estate market in the city of Haian, in China’s Jiangsu province, July 8, 2022.
CFOTO/Future Publishing

China’s property crackdown has sunk developers to lows not reached since the 2008 global financial crisis.

The 136 Chinese real estate companies that report their earnings to Hong Kong and mainland exchanges earned a total of $2.5 billion in annual profits in the first half of this year, according to Bloomberg calculations. That figure marks an 87% decline from the $19.2 billion in profits those same companies earned in the first half of 2021, and a 53% drop from the $5.3 billion in profits they earned in the latter half of last year.

The meager profits from the first half of this year are barely higher than the $2.4 billion developers earned in the latter half of 2008 amid the global financial crisis. This year’s $2.5 billion in semiannual profits are also a small fraction of what the firms earned at the peak of China’s property market in the second half of 2020, when developers pocketed $30.9 billion.

A separate report released on Wednesday showed that China’s 100 largest developers sold $75 billion in new properties in July, down 32.9% from a year earlier, according to consultancy China Real Estate Information. The consultancy said that “overall confidence” in China’s property sector is low and that it expects the market to continue to slide.

China’s property woes began roughly one year ago, when new government rules caused indebted property giant Evergrande to default on outstanding bonds. The property crackdown spread to other developers as the government aimed to rein in debt and speculation across the sector. Consumer confidence has weakened amid the crackdown. In July, thousands of Chinese property owners refused to pay their mortgages on construction projects that developers had not finished owing to liquidity problems.

In May, China unveiled a 33-point plan to help prop up China’s economy that featured a $120 billion credit line for infrastructure projects, including money set aside to support the property sector. China announced $44 billion more in stimulus last week, but experts do not believe the measures will be enough to revive China’s economy or its battered property market.

“These measures could lead to a rebound in economic and credit numbers in the coming months. But they might not be strong enough to sustain the recovery into next year,” Larry Hu, chief China economist at Macquarie, wrote in a recent note to Fortune.

China’s stimulus will not “keep up with the pace of deterioration in the broader economy,” Andrew Tilton, chief economist for Asia Pacific at Goldman Sachs, told Bloomberg.

But at least one developer believes China is primed for a housing turnaround. Adrian Cheng, a Hong Kong real estate tycoon with property holdings across mainland China, called the bottom of the market this week.

“Now is the bottom, and it’s going to slowly recover. See, I’m very optimistic that in the next one or two years, it will be recovering very, very well,” Cheng said in an interview with the Financial Times. He said he plans to take advantage of cash flow issues among local Chinese developers to invest $1.46 billion in new land and assets in China. “It’s a good opportunity to start acquiring our war chest.”