The popping of China’s housing bubble has its biggest developer sounding like Charles Darwin: ‘Only the fittest can survive’ 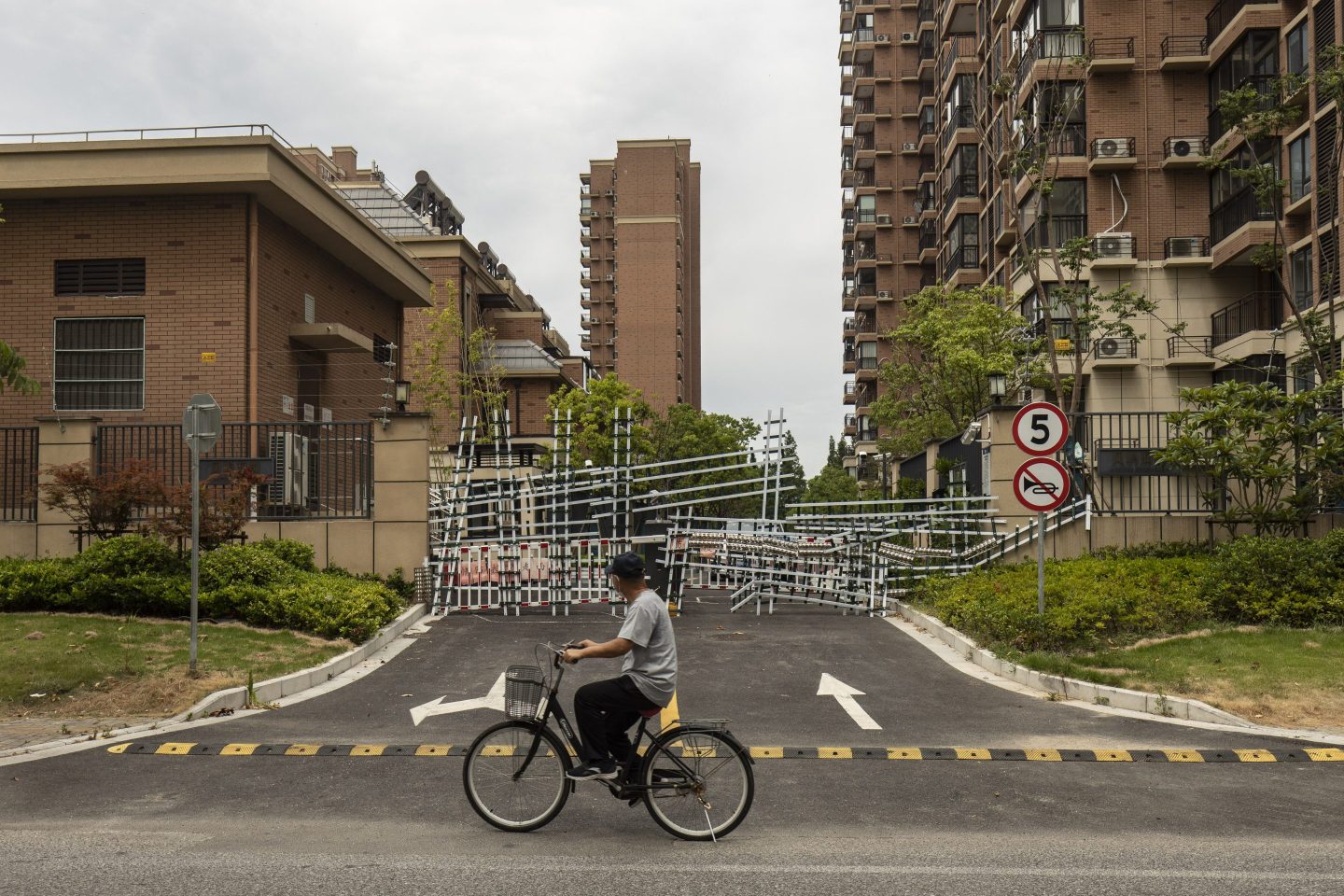 Country Garden’s slide exceeded Yang’s forecast. The Chinese developer’s profits plummeted 96% for the first half of this year to $88 million from $2 billion, the result of a property sector that has descended “rapidly into a severe depression,” the company said Tuesday when reporting its latest earnings.

China’s real estate sector “faced myriad challenges, including the market’s weakening expectations, sluggish demand, and a fall in property prices. All these exert[ed] mounting pressure on all participants in the property market…[and created a] harsh business environment in which only the fittest can survive,” it said.

Shares of Hong Kong–listed Country Garden dropped nearly 4% on Tuesday, extending its stock decline to over 70% in 2022. Yang has lost almost 60% of her wealth this year; her net worth is now $14.1 billion, compared with $28.3 billion last August, according to the Bloomberg Billionaires Index.

Survival of the fittest

Country Garden’s woes are only the latest manifestation of China’s deflating housing bubble that has no easy or quick fix.

Shujin Chen, analyst at investment bank Jefferies, wrote in a note this month that Country Garden “will not be the only one” to report major profit declines this year. Chinese property developers are engulfed in a deep liquidity crisis; over 30 of them have defaulted on their international debt, including Evergrande, the world’s most indebted property developer with $300 billion in liabilities.

Last week, China’s central bank slashed its key lending rates in an effort to shore up the country’s ailing real estate industry that makes up 25% of the country’s GDP and is a key driver of its economic growth.

“The latest reduction should provide some support” for housing demand by lowering borrowing costs, rating agency Fitch wrote in a note last week. Yet analysts aren’t convinced that it’ll be enough to boost the property sector and homebuyer sentiment.

Homebuyers across China are now withholding mortgage payments as developers struggle to deliver completed apartments. In China, homebuyers pay upfront for unbuilt homes, and property developers depend on these presale funds, which are akin to interest-free loans for the companies.

The central bank’s moves will likely “be insufficient to drive a significant improvement in homebuyers’ confidence in delivery and prospects for rising home prices,” Fitch said. “It will not be enough to turn the negative tide,” Alicia Garcia-Herrero, chief economist for French investment bank Natixis, tweeted.

China’s central government is reluctant to provide a large-scale bailout for private developers, and wants local governments to step up instead. Beijing’s assistance to distressed developers—like its special loan fund—is limited in scope and underscores that the government’s “primary objective is to ensure social stability, rather than bailing out troubled developers,” Fitch wrote.