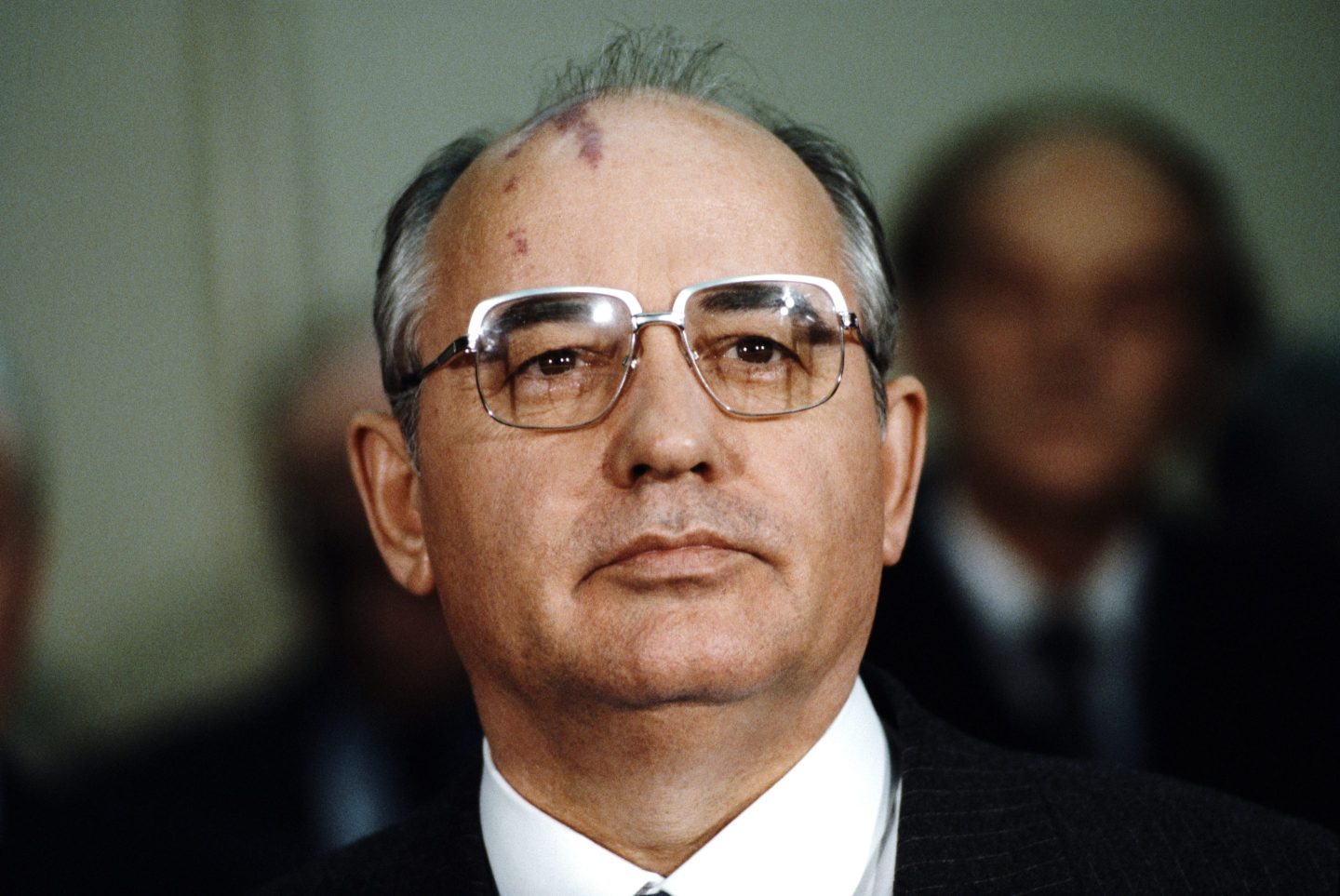 In 1998, Pizza Hut ran a commercial showing the final president of the Soviet Union, Mikhail Gorbachev, trudging through snow outside St. Basil’s Cathedral in Moscow to get a slice of the pizza best enjoyed by American children after weekend soccer games.

The commercial did not actually air in Russia, and it is rumored that Gorbachev, who died this week at age 91, didn’t even eat the pizza. But it was symbolic: Nine years after the peaceful dissolution of the Soviet Union and the end of the Cold War, the 1990 Nobel Peace Prize winner was enjoying the greasy spoils of Western capitalism.

Fast-forward a little over 20 years to Gorbachev’s death, and Pizza Hut has shuttered its operations in Russia.

Last month, food corporation Yum! Brands, Inc., owner of chains including Pizza Hut, Taco Bell, and KFC, announced the completion of its sale of Russia’s Pizza Hut franchise assets to a “local operator” that will transform it into a new brand. The company is currently finalizing plans to sell its KFC assets as well.

“This builds on the Company’s prior actions to suspend operations of all company-owned restaurants, halt all investment and restaurant development efforts, and redirect any profits from Russia operations to humanitarian efforts,” Yum! Brands wrote in a press release.

It’s far from the only Western fast-food chain that Gorbachev formerly celebrated that is now fleeing the modern Russian Federation.

Since Russia’s invasion of Ukraine in February, hundreds of Western companies have pulled their business out of the country. Those companies represent 40% of the country’s GDP, and their exit reverses decades worth of foreign investment, according to a report by the Yale School of Management.

While Russia’s economy remains aloft in the short term, the researchers behind the report see a dire future for the country. “There is no path out of economic oblivion as long as the allied countries remain unified in maintaining and increasing sanctions pressure against Russia,” they wrote.

Though it’s not yet known what will happen with the sold Pizza Hut assets, it’s likely the franchise will reemerge under a different name, following a trend set by other fast food giants.

In June, multiple onetime McDonald’s locations reopened after the company sold its Russian assets in May, rebranded with a name that translates to “Tasty & That’s It” but with similar product offerings.

Earlier this month, a new version of Starbucks, called Stars Coffee, opened after the coffee giant pulled out of the country earlier this year. The Stars Coffee logo is similar to the Starbucks logo, but replaces the mascot’s crown with a traditional Russian headdress.

The original Pizza Hut ad ends with an older woman jutting into the argument. “Because of him we have many things, like Pizza Hut,” she says, uniting the restaurant as they stand to toast Gorbachev with a slice.

But the world that Gorbachev helped bring into being looks very different upon his death.