Pro-Putin rapper buys Starbucks in Russia and ‘Russifies’ it with a new name: Stars Coffee 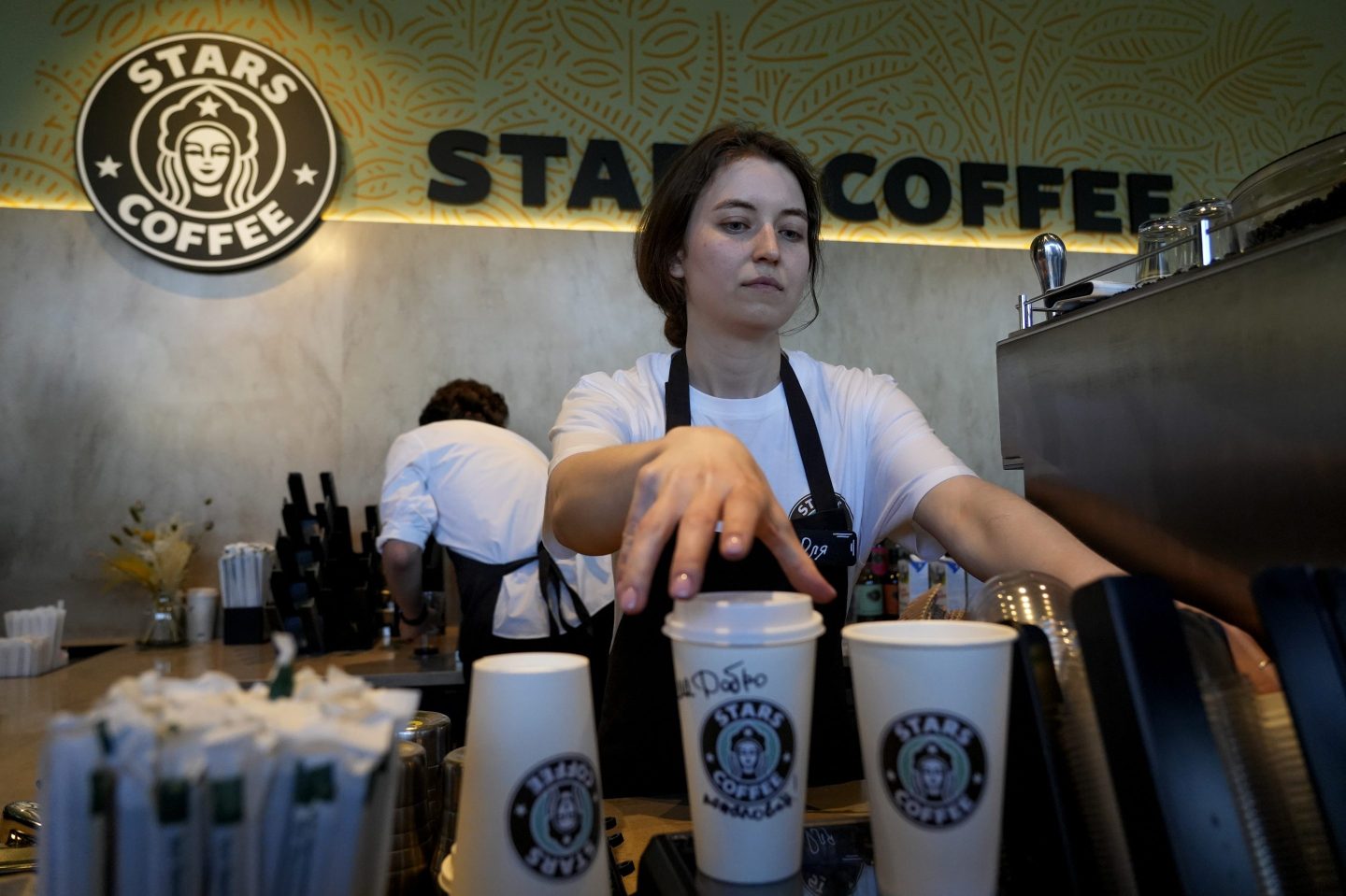 In mid-June, thousands of Russians flocked to the grand reopening of McDonald’s in downtown Moscow’s Pushkin Square.

The new restaurant was renamed “Tasty, Period,” but had all the trappings of a regular McDonald’s menu: crispy chicken nuggets, skinny fries, steaming-hot apple pies, and a Big Mac that was now called a Grand De Luxe.

As Western brands exit Russia over Vladimir Putin’s war on Ukraine, many of them, like McDonald’s, are receiving Russian makeovers as the country’s businessmen take over the companies that have left.

On Thursday, one of Russia’s most popular rappers, Timur Yunusov—more commonly known as Timati—alongside restaurateur Anton Pinskiy, unveiled “Stars Coffee” as the replacement for Starbucks in Russia. In May, Starbucks announced that it was exiting Russia after 15 years in the country. The new chain featured a logo near-identical to Starbucks’—except that the woman therein was adorned with a kokoshnik, a traditional Russian headdress, rather than a crown.

My best friend is Vladimir Putin

Rapper Timati, one of Russia’s most famous musicians, with 18.4 million Instagram followers, rose to fame on hits like his 2016 collaboration with Russian pop-rap artist Egor Kreed, “Where You Are, I Am.”

But in recent years, Timati has also become a serial entrepreneur—and one who fully supports the Kremlin. In 2015 he released a single called “My Best Friend Is Vladimir Putin.” In 2016 he launched a fast food chain, Black Star Burger (celebrities like Justin and Hailey Bieber and Ty Dolla $ign attended its Los Angeles opening in 2019). And in 2019 he debuted an army-inspired fashion line in collaboration with Russia’s Defense Ministry that included T-shirts emblazoned with “Syria.” He said the clothing line would help Russians who had previously struggled to express their patriotism.

On VKontakte, the Russian version of Facebook, Timati wrote in March: “I love Ukraine and Ukrainian people. I’m sorry that…we’ve been pushed against one another and that we couldn’t find an agreement.”

As 1,000 global companies exit Russia—or curb operations in the country—over their opposition to the war, Russian elites, many of whom are close to the Kremlin, are snatching up hastily discarded businesses—sometimes at bargain prices.

Siberian billionaire Alexander Govor purchased McDonald’s Russian operations for an undisclosed sum, but boasted that he paid “far lower than market price.” French carmaker Renault hastily dumped its stake in Russian automaker Avtovaz; it sold its share to a Russian science institute for one ruble in May.

Russian businesses like Tasty, Period, and Stars Coffee are replacing Western brands. Since February, Russian grocery stores have been flooded with Coca-Cola and Fanta knockoff brands like “CoolCola” and “Fantola.”

Timati and Pinskiy didn’t disclose the amount they paid for Starbucks. But the new owners claim that their business was an “expensive pleasure. We have invested as much as we paid them,” Pinskiy said to Reuters.

Co-owner Pinskiy also noted that Stars Coffee has nothing in common with Starbucks. “[We] acquired it and made our own brand. That’s it,” he said. Kuwaiti company Alshaya Group had received licenses to operate 130 shops and employed over 2,000 workers in Russia, but didn’t want to keep its Russia business without the Starbucks brand.

This week, Timati posted a series of photos promoting Stars Coffee, including branded products for sale like coffee gift boxes and hoodies. The new Stars Coffee menu will include items familiar to Starbucks fans like blended iced coffee drinks called “frappuccitos”—similar to Starbucks-trademarked Frappuccinos. Stars Coffee will open at 130 locations across Russia by the end of September.

Shortly after acquiring Starbucks, Timati promised not to “disappoint the millions of coffee lovers” in Russia. “We have a chance not only to change the sign, but to create a real case of cool import substitution!”