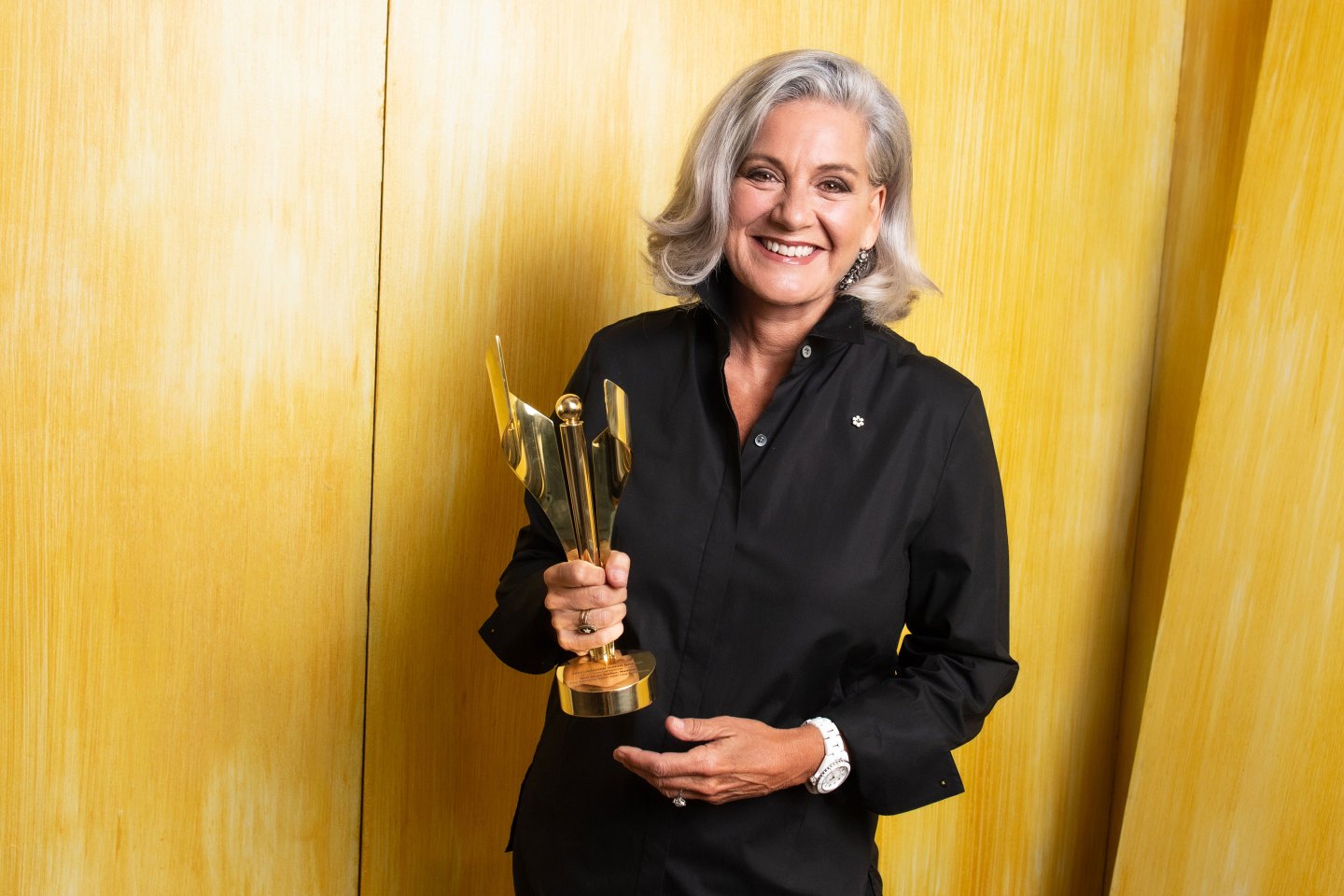 Going gray. A controversy has been brewing in Canada for the past two weeks. It started when Lisa LaFlamme, one of the country’s highest-profile newscasters, announced the end of her 35-year career at network CTV.

LaFlamme made clear in the Aug. 15 announcement that the decision to leave was not her own. “I guess this is my sign-off from CTV,” she told her loyal viewers, many of whom have followed her decades of coverage on Canadian politics and world events. The network owned by Bell Media has recently suffered layoffs and budget cuts, and rumors swirled that the prominent news anchor had clashed with executives.

But the controversy really picked up steam when Canadian publication Globe and Mail reported days later that a network exec had questioned LaFlamme’s decision to allow her hair to go gray. The 58-year-old journalist, like many women, stopped dyeing her hair during the pandemic and has embraced a full head of gray over the past two years. She told viewers after she made the switch that it was “liberating” and that she wished she’d done so sooner.

The Globe and Mail’s reporting sparked immediate outrage. Canadians of all ages were appalled that ageism and sexism could have led to the ouster of a beloved anchor. The Canadian branch of the fast-food chain Wendy’s tweeted an image of its typically redheaded mascot with gray pigtails. Dove followed suit with a #KeepTheGrey campaign, urging followers to make their profile photos grayscale and “support women aging beautifully on their own terms.”

Bell Media was forced to respond as international brands weighed in. And in a Friday LinkedIn post, CEO Mirko Bibic addressed the matter. “The narrative has been that Lisa’s age, gender or gray hair played into the decision,” he wrote. “I am satisfied that this is not the case and wanted to make sure you heard it from me.”

The details surrounding the end of LaFlamme’s storied tenure are still unclear; both parties are bound by separation agreements, Bibic wrote. But the incident has gained traction outside Canada, with new stories published this week in the New York Times and Columbia Journalism Review and a debate among CNN anchors about the possibility their peer was ousted over her age and appearance.

Whatever the full story behind LaFlamme’s firing, the situation is resonating with women. Several told the Toronto Star how they also embraced the gray when salons shut down—and haven’t gone back despite pressure from people around them. Women, many of whom already fear ageism in their own careers, are asking, “‘Wow, if this could happen to her, how could it not happen to me in my low-profile job?’” Simon Fraser University sociologist Amanda Watson told the New York Times.

As supporters rally around LaFlamme, her career is hopefully far from over. “At 58, I still thought that I’d have a lot more time to tell more of the stories that impact our daily lives,” the anchor said in her sign-off message. She might not have that time at CTV—but her story is just getting started.

Open and out. At last night’s U.S. Open, defending champion Emma Raducanu and Naomi Osaka both lost their first-round matches. Alizé Cornet and Danielle Collins, instead, will progress to the tournament’s second round. Serena Williams is set to play her second-round match against Estonia’s Anett Kontaveit tonight.

People’s princess. Today is the 25th anniversary of the death of Princess Diana, who died in a car crash on Aug. 31, 1997. Her family members, friends, and many fans remember the “people’s princess” on the somber occasion. Good Morning America

Aid inequities. The historic flooding happening in Pakistan since mid-June has killed more than 1,100 people and led to $10 billion in damages. As aid trickles in, climate change lawyer Sara Hayat says access to assistance has become a gender-sensitive issue because women are less likely to receive food and resources, and they are in desperate need of hygiene products. PBS NewsHour

Child tax credit compromise. The fight to expand the child tax credit isn’t over yet. The agenda, which helped keep over 3.7 million children out of poverty last year, was notably left out of the landmark Inflation Reduction Act after West Virginia Sen. Joe Manchin refused to support fellow Democrats unless tax credit recipients were required to work. Now, advocates are weighing an end-of-year compromise, including possible support for Sen. Mitt Romney’s Family Security Act 2.0, which includes the work requirement that Republicans and Manchin demanded. Vox

Womenomics 2.0. Rei Murakami, the daughter of prominent Japanese activist investor Yoshiaki Murakami, is launching a scholarship program aimed at getting more women involved in Japanese politics. The country has one of the lowest rates of women in parliament, currently at 9.7% in its lowest house. Bloomberg

Untold behind the scenes. There have long been whispers that Dan Schneider, the creator, producer, and writer behind several Nickelodeon hit shows, created an environment that was toxic. After the publication of Jennette McCurdy’s memoir this month alleging an executive, assumed to be Schneider, verbally abused cast and crew, several former actors and writers spoke out about the workplace misconduct rampant under Schneider’s supervision. Sources allege Schneider argued with the network over teen cast members’ “revealing” costumes, aired scenes that were sexually inappropriate, refused to hire women writers, and pressured the ones he did hire into giving him massages. Schneider did not comment on the story. Business Insider

Off the shelves. Beauty magazine Allure is shutting down its print publication to focus on its social and digital offerings, editor-in-chief Jessica Cruel told staffers in an internal memo this week. The Condé Nast–owned publication’s December 2022 issue will be its last in print. While two jobs will be affected by the transition to digital, staffers were told no other layoffs are planned at this time. Business of Fashion

Safety update. Uber unveiled updates to its app’s safety features on Tuesday, which include the ability for passengers to contact security company ADT and text 911 during rides. The platform began testing its text 911 feature in 2019, but today’s announcement makes the feature a permanent fixture available to up to 60% of its U.S. users. While Uber says sexual assault reported on the platform fell 38% from its first safety report, the rideshare company is facing a class action lawsuit representing over 500 women who say they were attacked by their Uber drivers. The Verge

—Vegan food personality Tabitha Brown, in a video posted to social media after her Food Network show, It’s CompliPlated, was moved from a primetime spot to weekday afternoons