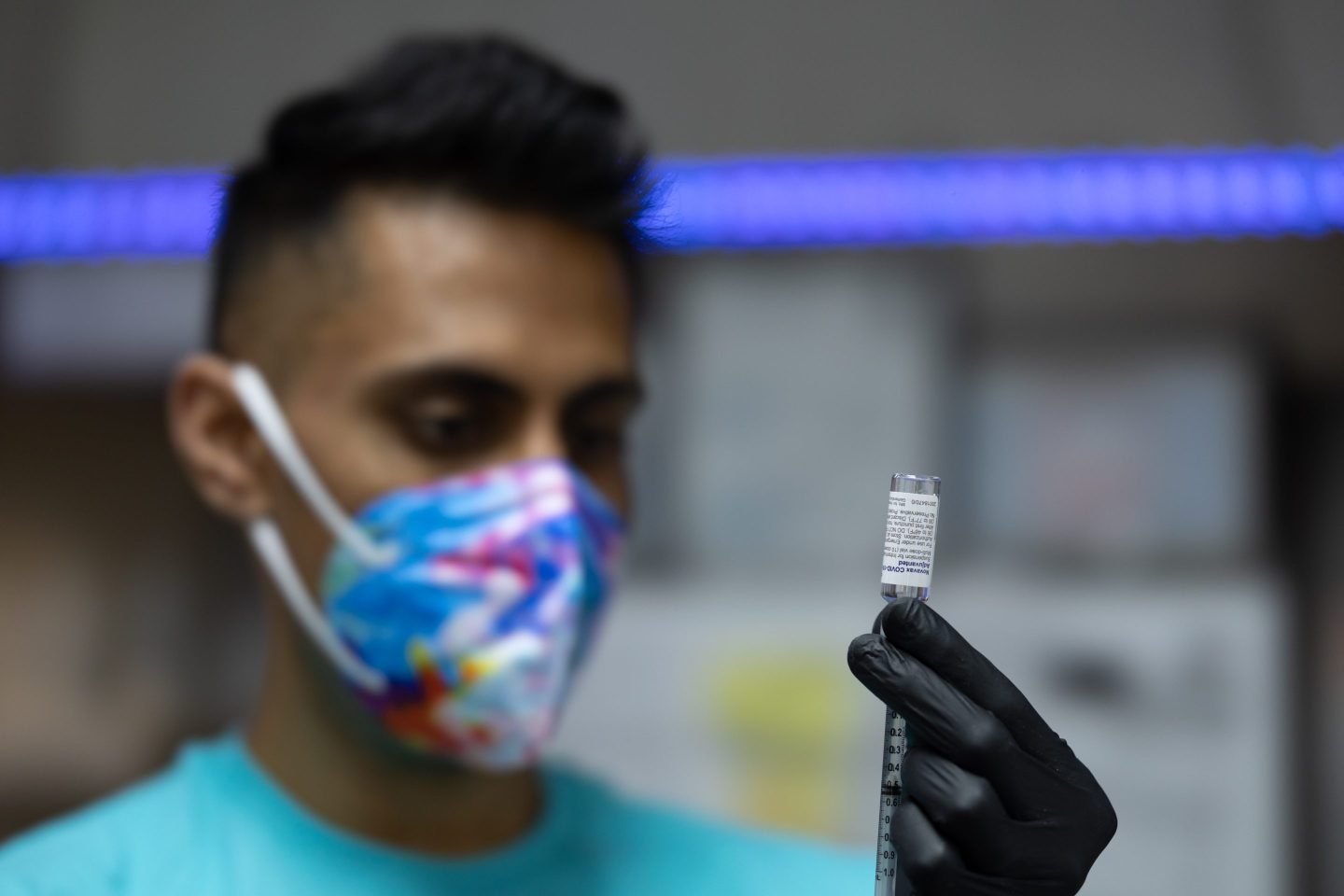 A health care worker prepares a dose of the Novavax COVID-19 vaccine at a pharmacy in Schwenksville, Pa., on Aug. 1, 2022.
Hannah Beier—Bloomberg/Getty Images

The U.S. government anticipates that it will stop purchasing and providing COVID-19 shots as soon as January due to a lack of funds, leaving Americans to obtain vaccines through insurers or pay for them out-of-pocket.

U.S. health officials convened a meeting of more than 100 representatives from drugmakers, state and local health departments, health providers and insurers on Tuesday to discuss the government’s plans to transition sales of COVID vaccines and therapeutics to the commercial market, according to Dawn O’Connell, who heads the Health and Human Services Department’s Administration for Strategic Preparedness and Response.

Since the pandemic began, the U.S. government and pharmaceutical companies have discussed shifting away from federal procurement of COVID shots and drugs to commercial sales, just as seasonal flu shots are currently distributed. The long-awaited shift could mean Americans may soon face costs for COVID shots from Pfizer Inc. and Moderna Inc., among other products.

“We have always intended to transition this work to the commercial market and have been planning for that transition for some time now,” O’Connell wrote Tuesday in a blog post. “Unfortunately, the timeline to make the transition has accelerated over the past six months without additional funds from Congress to support this work.”

It’s been 530 days since the U.S. government received new funding for the Covid response, O’Connell said. The U.S. also expects to stop paying for COVID treatments such as Pfizer’s Paxlovid in mid-2023 as supply runs out, she said.

Funding is urgently needed for next-generation COVID shots, therapies and tests, O’Connell said. The U.S. has bought 171 million doses of modified COVID vaccines tailored to better protect against Omicron and its sub-variants. Those booster shots are expected to be cleared for use later this week and offered to people for free, as they have been throughout the pandemic. Though the supply won’t be enough to give shots to every adult, it could meet early demand.

Pfizer and Moderna didn’t immediately respond to request for comment. The vaccine makers have charged the US government between $15 and $30 per dose, depending on the size of the supply agreement.

O’Connell said additional COVID funding would “allow for an orderly wind down of the federal government’s procurement and distribution programs.”

The U.S. has already begun to transition certain COVID products to the commercial market due to a lack of funds. Earlier in August, Eli Lilly & Co. announced that it would sell its COVID antibody treatment directly to health providers, states, and territories in a bid to keep the drug available as U.S. government funding and purchases dried up. The product’s list price was $2,100 per dose, the drugmaker said then.

Other COVID treatments will soon be sold commercially, according to the post. The U.S. expects to run out of AstraZeneca Plc’s Evusheld as soon as early 2023, followed by Merck & Co.’s Lagevrio in the first or second quarter of next year, O’Connell said.