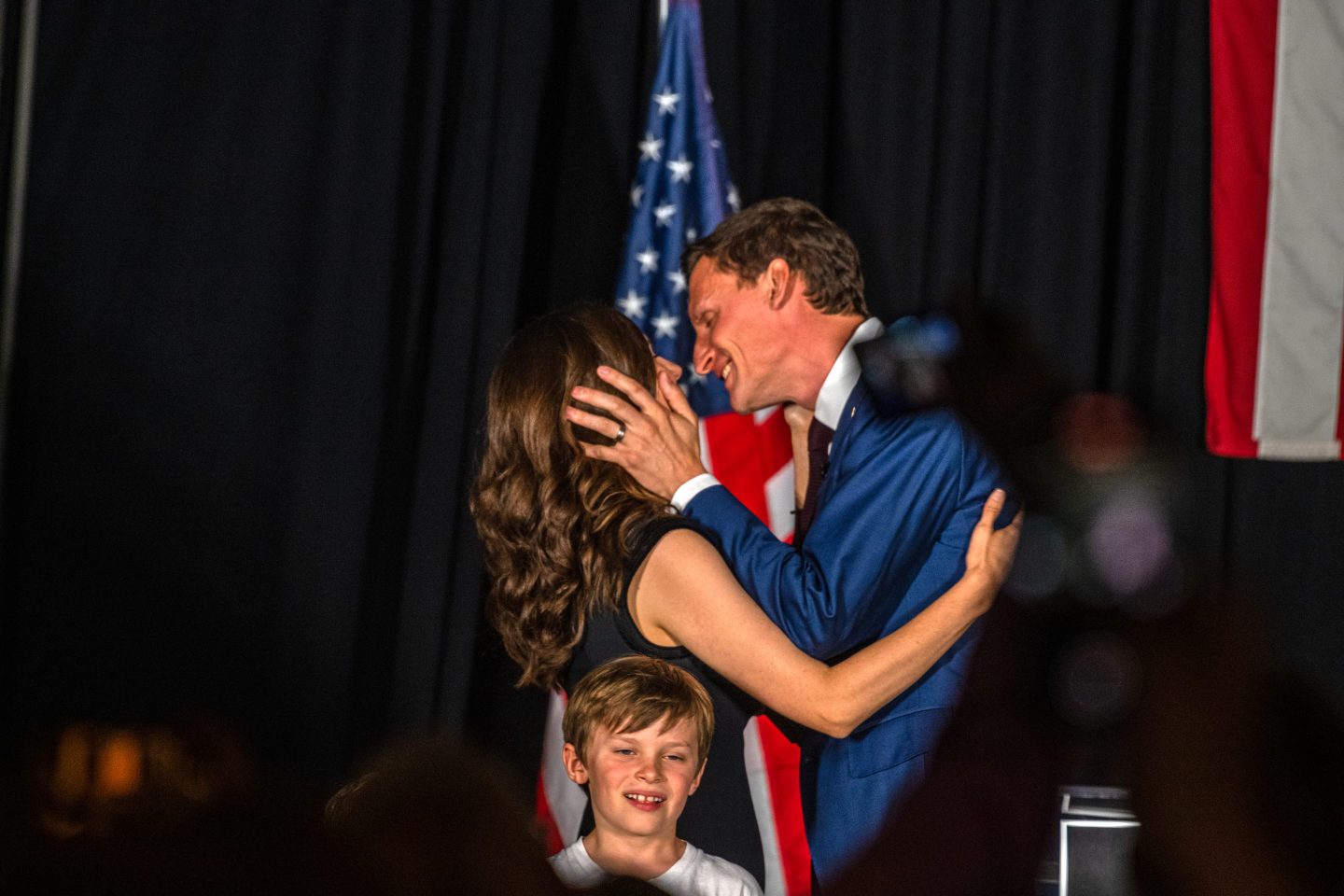 Blake Masters is running for Senate in Arizona as a Republican.
Ash Ponders—Bloomberg/Getty Images

Blake Masters, the Republican U.S. Senate nominee in Arizona, said in a sarcastic tweet that the current racial and gender diversity at the Federal Reserve is responsible for the U.S.’s current economic outlook.

The candidate, who was trailing Mark Kelly, the Democratic incumbent, by eight points in a Fox News poll released last week, re-tweeted an Associated Press report that detailed the record number of women, as well as Black and openly LGBTQ people, in key roles at the Federal Reserve. “Finally a compelling explanation for why our economy is doing so well,” Masters remarked on Sunday. Responses ranged from open endorsement, to blistering accusations of bigotry and racism.

“I don’t care if every single employee at the Fed is a Black lesbian, as long as they’re hired for their competence and not because of what they look like,” Masters added in a video posted Monday night. He went on to slam affirmative action. “I can’t think of a single policy since the end of Jim Crow that’s been worse or more divisive for race relations.”

Representatives for Masters, a longtime associate of billionaire investor Peter Thiel, did not immediately respond to a request for comment. Last week, Politico reported that the Senate Republicans’ super PAC was cutting around $8 million in ad spending in Arizona through September.

There are currently five female Federal Reserve bank presidents, including Lorie Logan, who leads the Dallas branch. Lisa Cook is the Federal Reserve’s first Black female governor. Federal Reserve data released in May, however, show that the overwhelming majority of employees are male and White.

Further, four of the 12 Federal Reserve banks don’t employ a single Black economist, and there has never been a Latino leader at the organization. Women comprise fewer than a third of the economists at the central board as well as 11 of the 12 branches. The board counts one Black man among its 400 economists. There are currently no Black female economists at the board. The bank employs no Native American or Native Hawaiian and other Pacific Islander economists.

The bank has been criticized for not taking the unemployment rate for Black workers into account when raising rates in the past. Cecilia Rouse, the chair of President Joe Biden’s Council of Economic Advisers, previously told Bloomberg News in an email that “research shows that diversity across a number of different dimensions is important for sound policy making.”