There’s a giant loophole in Biden’s student-debt relief that could make college even more expensive. Here’s how it works 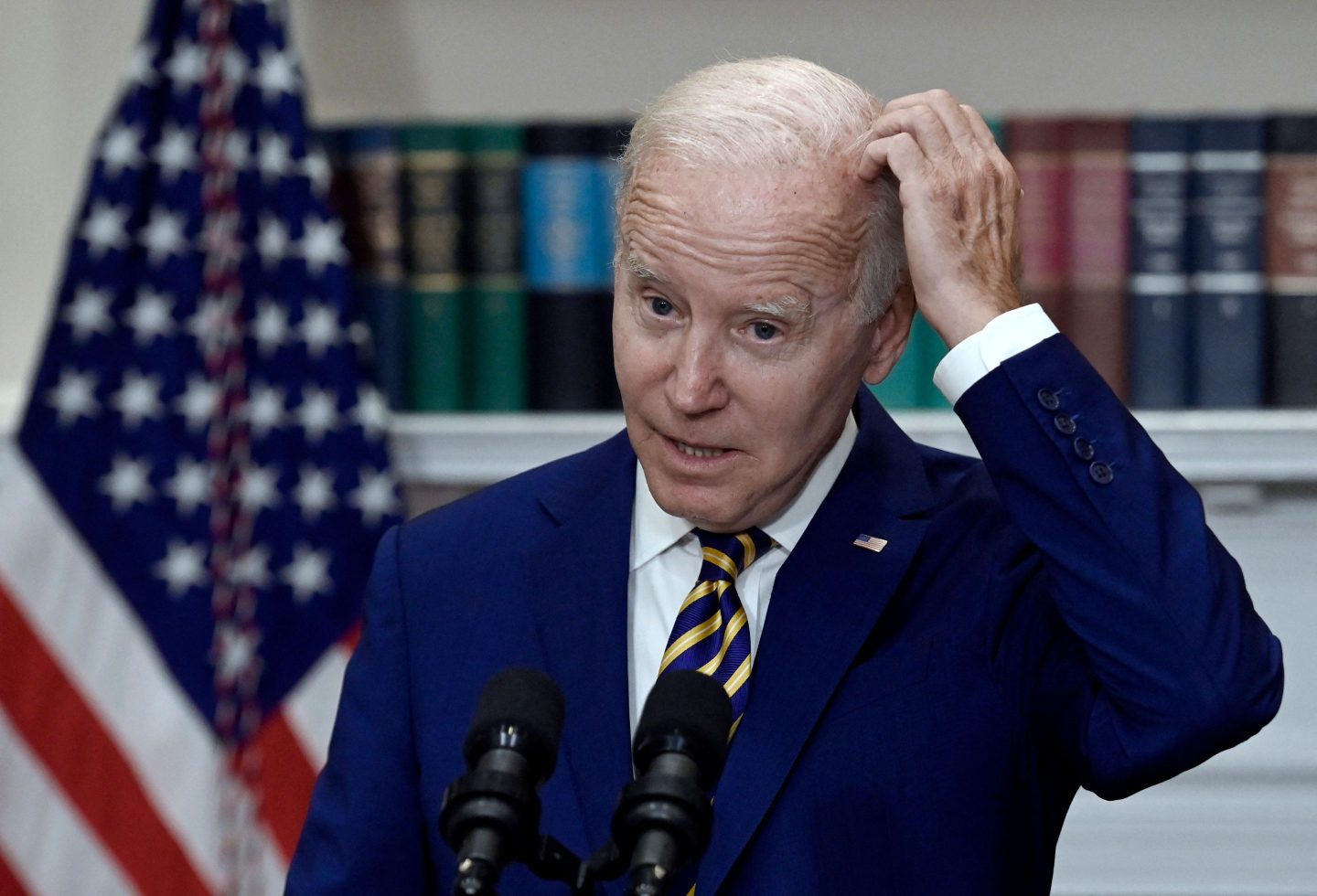 President Biden unveiled his long-anticipated student loan forgiveness plan last week, and the debate over its impact has been heated in the days since.

While the plan will entirely wipe out the debts of roughly one-third of federal student loan borrowers, critics say it could end up making college even more expensive for future generations.

But the program also includes changes to the federal income-driven repayment (IDR) system that could incentivize universities to charge higher tuition.

IDR plans set students’ monthly loan payments based on their postgraduation income. Existing plans require borrowers to pay 10% to 20% of their income annually for two decades, after which the remainder of their loan is forgiven. Between 2010 and 2020, the percentage of federal student borrowers enrolled in an IDR program surged from 10% to 32%.

Under the Biden administration’s student loan forgiveness plan, IDR borrowers will now pay just 5% of their income for undergraduate loans and 10% for postgraduate loans for a period of 10 or 20 years, depending on how much is owed. The plan will also increase the amount of income that isn’t subject to the IDR from 150% above the poverty line to 225% and eliminate any accrual of interest under the plans.

The issue here is incentives. The IDR plan makes it so that no matter the loan amount, student borrowers make the same payments—5% or 10% of their postgraduation income annually for a period of 10 or 20 years—thereby incentivizing students to borrow as much money as possible, critics say. This, in turn, incentivizes universities to charge as much as they can because they aren’t worried about borrowers being unable to make their payments.

There have been problems with the IDR system previously. In April, NPR found that 4.4 million borrowers had been repaying their student loans under the IDR system for at least 20 years, but only 32 had their loans canceled through 2021. It turned out that many debt servicers failed to keep track of how many years IDR borrowers had made payments and therefore neglected to cancel their loans when they became eligible. The borrowers, therefore, ended up paying more than they should have.

But Matt Bruenig, a lawyer and the founder of left-leaning think tank People’s Policy Project, noted in a recent article that programs similar to IDR already exist in law schools: loan repayment assistance programs (LRAPs). He argues that they’ve been incentivizing those schools to raise tuition for years.

LRAPs provide forgivable loans to law school graduates who plan to work in the public sector or other lower-paying legal fields while they’re in school. Law schools have figured out that this means these students don’t care about how much they borrow, and that schools have “begun to take advantage” by raising tuition, according to Bruenig.

And some schools have gone a step further to profit from LRAPs.

Once out of school, law school graduates can take out loans under the Public Service Loan Forgiveness (PSLF) program, which allows them to pay just 10% of their discretionary income for 10 years if they want their debts forgiven. Using LRAPs, law schools commit to paying these “modest” PSLF payments on behalf of their students and then pocket the difference.

Essentially, this means that the tuition paid by new students covers the cost of previous students’ loan payments.

As Dylan Matthews of the Washington Post writes, using Georgetown University as an example:

“Georgetown is ultimately paying its share with money its students borrow from the federal government. The feds are paying back themselves. At no step in the process does Georgetown actually have to pay anything. The feds are picking up the entire bill.”

Bruenig worries that the new IDR plan laid out by the Biden administration will incentivize all universities to use similar tactics to profit from the system, causing tuition to soar as it has for law students. The average annual cost of law school has skyrocketed more than 75% since 2005, from $29,147 to $51,170.

“It’s impossible to say for sure how schools will respond to that, but schools have already shown themselves quite adept at optimizing within the financial aid constraints and not just the law schools,” Bruenig said.

In a Twitter thread on Aug. 26 that prompted significant engagement among economists, Lyman Stone, an economist and chief information officer for Demographic Intelligence, a Kentucky-based demographer, called Biden’s changes to the IDR system “insane” and something that “will destroy any pretense of college affordability.”

Stone suggested that students could abuse the loophole by borrowing the maximum loan amount allowed and then finding “some way to invest it illegally.” His strategy would be to use loan money to rent a “wildly overpriced” apartment and then sublet it for extra income.

Despite criticism about the changes to the IDR system, the Biden administration highlighted how its new student loan policies will save average Americans money. Officials gave the example of a public school teacher who makes $44,000 annually. Under the new IDR system, that teacher’s monthly student loan payments would drop from $195 to just $56.

The administration did not address the possibility of universities raising tuition in response to its changes to the student loan system.