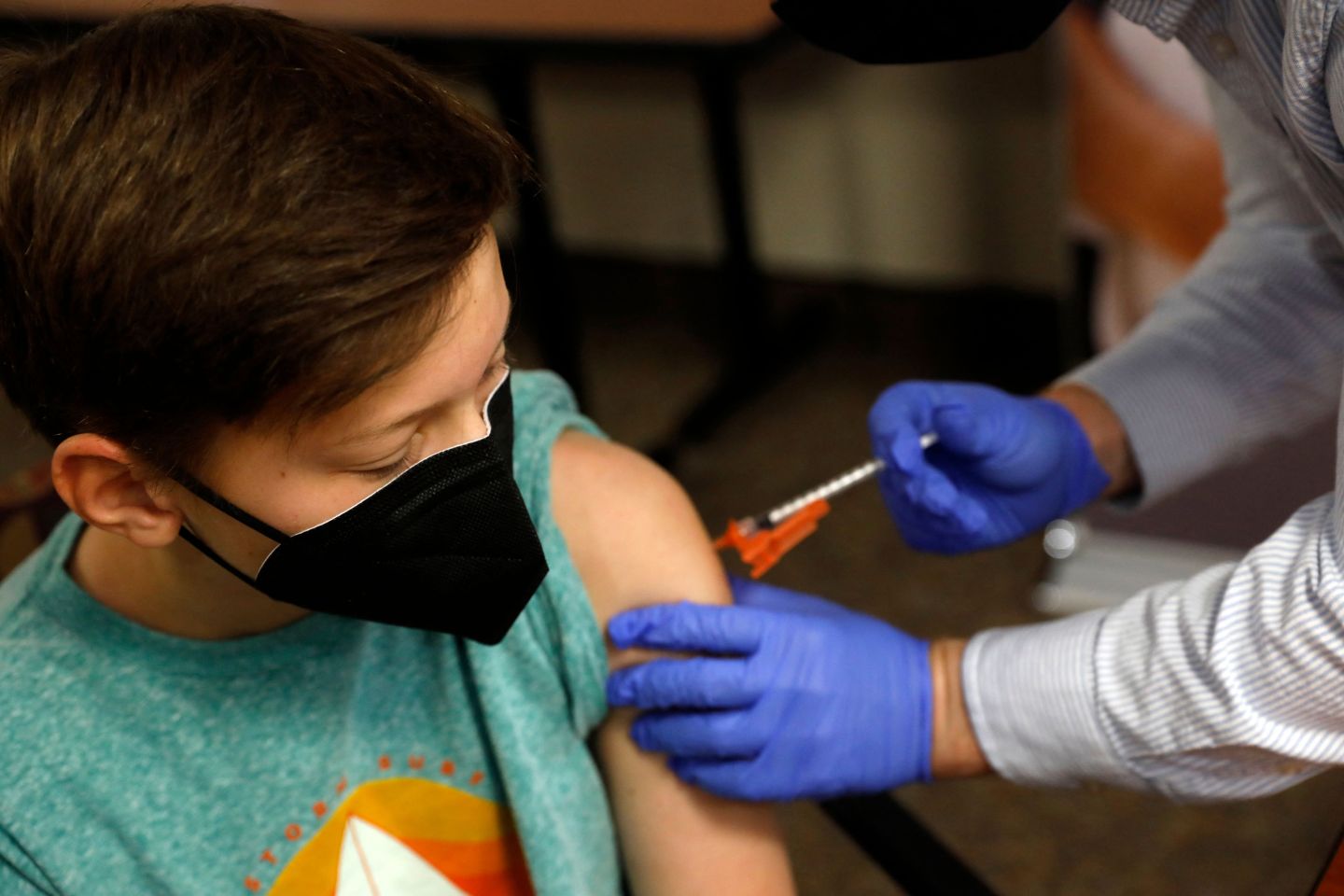 A pharmacist administers a shot of the Pfizer-BioNTech COVID-19 vaccine in Michigan, in May 2021.
Jeff Kowalsky—AFP/Getty Images

Moderna is suing Pfizer and its partner BioNTech for patent infringement, claiming that the companies copied its technology to develop their COVID-19 vaccine.

Filing lawsuits in both the U.S. and Germany on Friday, Moderna said it believed the Pfizer-BioNTech vaccine violated patented mRNA technology that it had begun developing years before the pandemic took hold.

Moderna accused Pfizer and BioNTech of copying its “groundbreaking technology” without permission to develop their own vaccine against the coronavirus.

“Pfizer and BioNTech took four different vaccine candidates into clinical testing, which included options that would have steered clear of Moderna’s innovative path,” the company alleged in a press release on Friday.

“Pfizer and BioNTech, however, ultimately decided to proceed with a vaccine that has the same exact mRNA chemical modification as [Moderna vaccine] Spikevax.”

Moderna said its scientists began working on the technology in 2010, and claimed it became the first company to test the tech in human trials five years later.

“Again, despite having many different options, Pfizer and BioNTech copied Moderna’s approach to encode for the full-length spike protein in a lipid nanoparticle formulation for a coronavirus,” the firm added. “Moderna scientists developed this approach when they created a vaccine for the coronavirus that causes Middle East respiratory syndrome (MERS) years before COVID-19 first emerged.”

A spokesperson for Pfizer told Fortune on Friday that Moderna’s lawsuit had been unexpected.

“Pfizer-BioNTech has not yet fully reviewed the complaint, but we are surprised by the litigation given the Pfizer-BioNTech COVID-19 vaccine was based on BioNTech’s proprietary mRNA technology and developed by both BioNTech and Pfizer,” the spokesperson said.

“We remain confident in our intellectual property supporting the Pfizer-BioNTech vaccine and will vigorously defend against the allegations of the lawsuit.”

Moderna CEO Stéphane Bancel said on Friday that the company was filing the lawsuits “to protect the innovative mRNA technology platform that we pioneered, invested billions of dollars in creating, and patented during the decade preceding the COVID-19 pandemic.”

He added that Moderna was also using its mRNA technology to develop medicines for infectious diseases like HIV as well as noncommunicable diseases like cancer.

In October 2020—before any COVID vaccines were being used outside clinical trials—Moderna pledged not to enforce its COVID-19–related patents while the pandemic endured.

The company changed course in March of this year, arguing that the pandemic had entered a “new phase” where vaccine supply was no longer creating accessibility issues in many parts of the world.

At the time, Moderna said it would never enforce patents in 92 low- and middle-income countries, but that it expected other companies to “respect its intellectual property rights” in other markets. It added that it was willing to grant “commercially reasonable” licenses to use its technology if rival vaccine makers requested them.

As it filed its lawsuits against Pfizer and BioNTech on Friday, Moderna said it was neither seeking to remove their COVID vaccine from the market nor seeking an injunction to prevent its future sale.

The company also said the damages it sought were not related to sales to the 92 countries exempt from its patent pledge, and added that it would not seek any damages where the U.S. government would be liable.

All of the damages Moderna sought would be for sales that occurred after March 8, 2022, when the company changed its COVID vaccine patent policy.

Representatives for Moderna were not immediately available to answer Fortune’s questions about how much the company is seeking in damages.

Messenger RNA (mRNA) vaccines have been studied for decades—but the technology was only rolled out for public use with the launch of COVID-19 vaccines.

The Moderna and the Pfizer-BioNTech vaccines use mRNA technology to trigger an immune response that protects recipients against the virus.

Both vaccines had efficacy rates of around 95% in Phase III clinical trials carried out in 2020. However, both were designed to combat the original strain of the virus, and are less effective against variants that have emerged since.

All of the companies are working to develop vaccines specifically targeted at the BA.4 and BA.5 Omicron subvariants, which are the dominant strains of the virus in the United States.

Last year, Pfizer made $37 billion from sales of its COVID-19 vaccine.

The Pfizer-BioNTech vaccine was granted Emergency Use Authorization by the U.S. FDA in December 2020. Regulators granted Moderna’s vaccine emergency approval a week later.

In the U.S., the Pfizer-BioNTech vaccine is the most widely used COVID-19 shot, according to Our World in Data, with Moderna coming in second place.