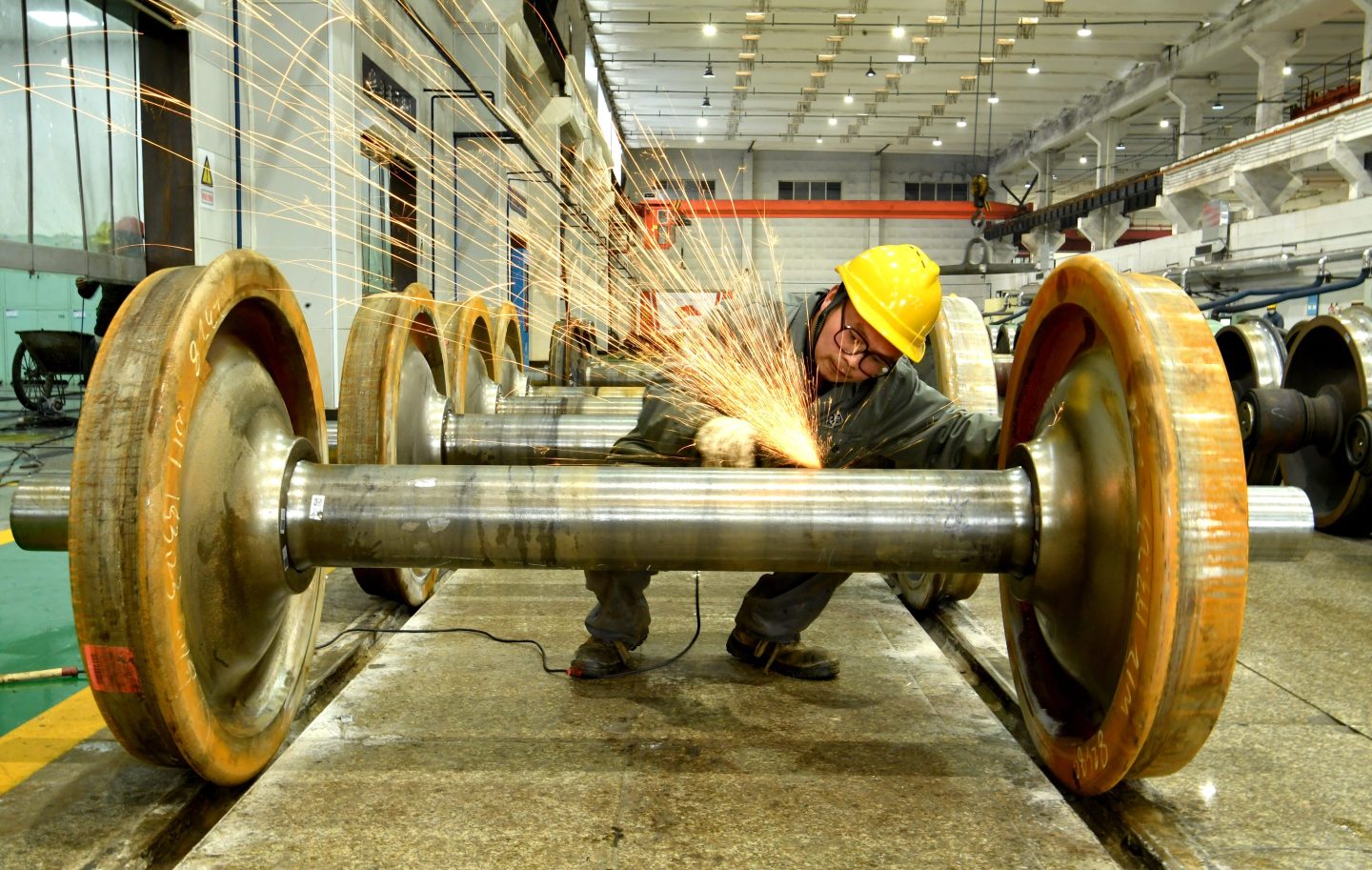 Faced with COVID lockdowns, worsening U.S.-China tensions, and now an indefinite power cut in China’s heartland, companies are exploring how to divert their supply chains away from China.

On Wednesday, the Japanese newspaper Sankei reported that carmaker Honda was considering building a parallel supply chain outside of China to lessen its dependence on the country. Forty percent of the carmaker’s production is currently done in China. A Honda spokesperson characterized the plan as “risk-hedging” in a statement to Reuters, but said it was “not quite the same” as decoupling.

Fellow Japanese carmaker Mazda is also considering moving production out of China. Earlier this month, the company reported an operating loss of $115 million for the previous quarter due to production snags caused China’s COVID lockdowns. In response, the company said it would build stockpiles of components in Japan and look for new manufacturing outside of China. “The key point is to keep [parts] in our hands,” given China’s COVID-zero policy, Honda senior executive Takeshi Mukai told Reuters.

Apple is also investing in manufacturing outside of China. The Cupertino, Calif.–based giant will start producing iPhones in India two months after the devices are first released in China, Bloomberg reported on Tuesday. That news followed a report from Nikkei Asia last week that Vietnam suppliers will manufacture MacBooks and Apple Watches for the first time. (Vietnam already makes less complicated Apple products, like its wireless earphones.) Apple has not commented on either report, and did not immediately reply to Fortune’s request for comment.

The recent reports add to a months-long trend of companies weighing alternatives to China. One Japanese steelmaker told Bloomberg earlier this year that Japanese companies were looking to shift manufacturing back home due to supply-chain constraints and geopolitics. Even some Hong Kong and mainland-China-based companies are exploring moving production outside of China.

Countries like Vietnam, India, and Mexico are poised to reap the benefits from the supply-chain diversification, with Mexico already attracting major investments from Mattel and Chinese battery maker Contemporary Amperex Technology for new factories.

Manufacturers’ China-based supply chain chaos this year began with Shanghai’s two-month COVID lockdown. The city is both a major manufacturing center and port, making it a critical node in the global supply chain. COVID lockdowns closed factories and constrained operations at the city’s port. That dragged down the earnings of companies like Tesla, which reported its first-ever decline in profit due to what CEO Elon Musk called “supply chain hell.”

Shanghai’s lockdown officially ended on June 1, but Chinese officials continue to impose snap lockdowns after just a handful of cases, disrupting operations in cities like Yiwu, home of the world’s largest small-goods market and a major source of products for global e-commerce companies.

Extreme weather is the latest threat to supply chains. A prolonged drought has reduced power generation in Sichuan province, a major automobile manufacturing hub that relies on hydropower for 80% of its electricity. Meanwhile, demand for electricity is spiking as residents run air conditioning to keep cool in temperatures that often break 104°F.

Last week, officials asked factories to curb operations to preserve electricity for households. Chongqing, a hub for Chinese auto manufacturing, announced Wednesday that it would be extending power cuts for factories indefinitely. Neighboring Sichuan extended power cuts until Saturday. Factories were supposed to receive power on Thursday, but low rainfall forced officials to extend the blackout.

Worsening tensions between China and the U.S. are also pushing companies to consider moving manufacturing out of the country.

The CHIPS and Science Act, signed on Aug. 9, bars chip manufacturers from expanding production of advanced semiconductors in China if they want U.S. government funding. Korean chipmakers Samsung and SK Hynix are reevaluating their investments in China due to the bill’s guardrails, the Financial Times reports. Samsung recently announced a new $3.3 billion semiconductor facility in Vietnam.

One company that has publicly pulled out of China is automaker Stellantis, which owns brands like Jeep, Chrysler, Maserati, and Peugeot. The company exited its joint venture with state-owned carmaker Guangzhou Automobile Group last month. The venture, which primarily manufactured Jeep models, was launched in 2010 by Fiat-Chrysler, which merged with PSA Group to form Stellantis in 2021.

Stellantis CEO Carlos Tavares blamed “broken trust” with its local partner and China’s government for the joint venture’s demise in an interview with Bloomberg. The company now plans to import vehicles to China rather than manufacturing them domestically. Tavares cited geopolitical tensions as another reason for pulling out of China, telling Bloomberg that he didn’t want Stellantis to become “a victim of cross-sanctions.”

The Stellantis CEO has warned his competitors Volkswagen and GM about the risk of staying in China. “I wouldn’t want to be in their place,” he told reporters at a press conference.