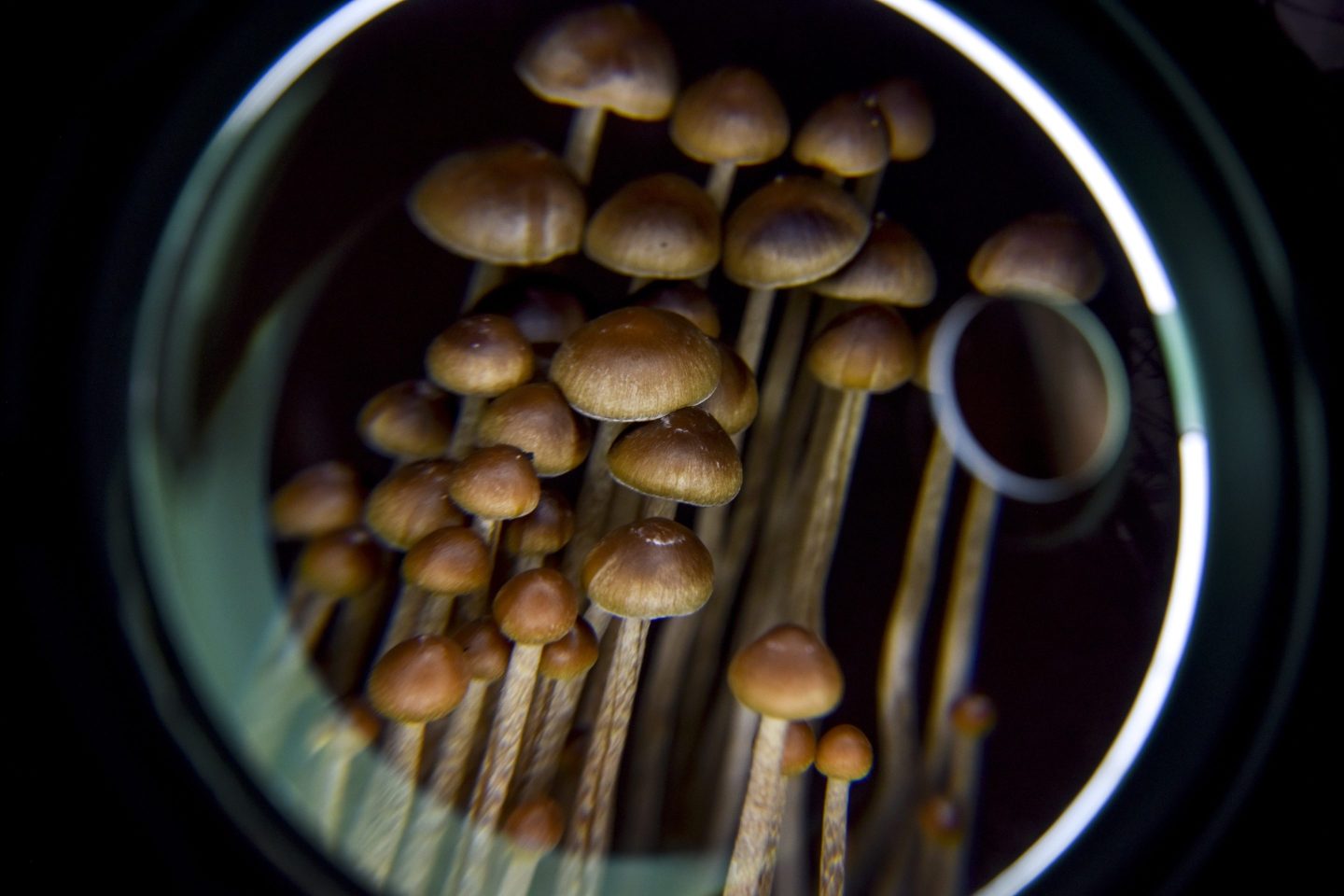 The study is the first placebo-controlled trial to look at psilocybin as treatment for alcohol dependence, according to NYU Langone.
Jahi Chikwendiu—The Washington Post/Getty Images

A study of 93 men and women with alcohol dependence found that those given two doses of psilocybin and psychotherapy reduced heavy drinking by 83% within an eight-month period, according to NYU Langone Health, an academic medical center that collaborated on the study. Those who received an antihistamine placebo, by contrast, only reduced drinking by 51%. All received up to 12 psychotherapy sessions, both before and after the drug treatments.

The study is a “a major breakthrough in the understanding of treatment of alcohol use disorder,” said Charles Marmar, chair of the Department of Psychiatry at NYU Grossman School of Medicine, in a press conference.

The study is publishing Wednesday in JAMA Psychiatry. It’s the first placebo-controlled trial to look at psilocybin as treatment for alcohol dependence, according to NYU Langone.

Excessive alcohol use kills roughly 95,000 people in the U.S. every year, often due to binge drinking or liver disease, according to the US Centers for Disease Control and Prevention. It is also linked to economic and workplace losses, accidents, and impaired learning, memory, and mental health.

NYU’s study is one of many that are examining whether psychedelic substances such as magic mushrooms, ketamine, MDMA and LSD have therapeutic uses.

Many studies have focused on addiction. Johns Hopkins Medicine in 2014 found psilocybin helped longtime smokers quit, with an abstinence rate of 80% after six months. A London-based biotech company also recently licensed a protocol to treat alcohol abuse in the U.S., citing an 86% effective rate of abstinence over a six-month period.