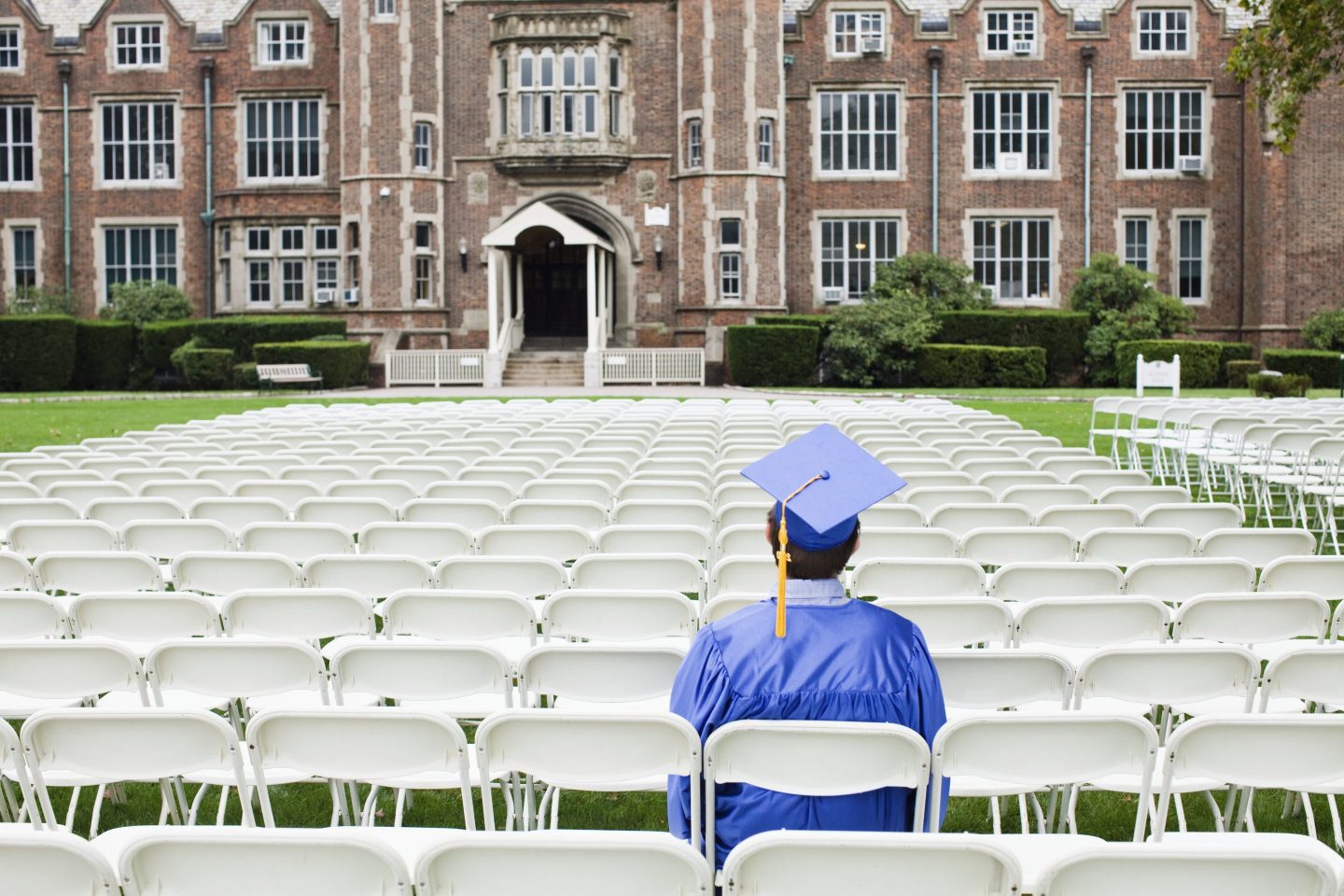 There was no confetti. No congratulations or fanfare of any kind. No one cheered for Steve, a 36-year-old software engineer in Texas, when he woke up at 6 a.m. on March 15, 2022, and made his final student loan payment. He didn’t think this moment would be so matter-of-fact, considering the huge—and at times painful—impact his loans had on his life.

It took Steve nearly 12 years to pay off more than $100,000 in student loan debt, just five months shy of the Biden administration’s announcement it was forgiving $10,000 in loans for borrowers making less than $125,000 a year.

Despite the financial, mental, and even physical pain that carrying more than six figures in student loan debt caused Steve, he says he’s happy for anyone who receives student loan forgiveness—he doesn’t resent anyone eligible for the government’s $10,000 (up to $20,000 for Pell Grant holders) forgiveness plan.

“Forgive all of it is my opinion,” Steve says. “$10,000 is a nice start…maybe with this amount of debt off their backs, people can begin to build their lives.”

The Biden-Harris student debt relief plan is expected to wash out roughly $300 billion worth of debt, according to the Penn Wharton Budget Model. Approximately one-third of federal student loan borrowers (me included) will have their debt completely wiped out, with benefits going disproportionately to working-class and middle-income households.

Since 1980, the cost of public and private colleges has nearly tripled. Federal support has not kept up, which means more people have had to borrow money in order to get degrees.

Steve graduated undergrad in 2008 with a degree in English that he says was virtually free because of an in-state scholarship program. But after struggling to find a decent job, he went back to school to get a master’s in teaching. It was a mistake, he says. He borrowed roughly $70,000, but interest ballooned the total to $118,000.

He couldn’t pay off his loans on his teaching salary, and by the time he turned 30, he was questioning what he was doing with his life. He had no savings, and worrying about the debt impacted his physical and mental health. “If I had had a medical emergency, I would be in ruin,” he says.

Desperate to make a change and dig himself out from under the debt that was keeping him up at night, Steve taught himself to code—there was no chance he was going back to school—and changed careers. He refinanced his loans for a lower rate and, with his higher salary, began making extra payments.

“I knew what I was getting into somewhat when I got the loans,” Steve says. “I knew teaching wasn’t a lucrative career, but I thought I could stay afloat, you know? I definitely miscalculated.” He says he left his heart in the classroom.

“I had no employment history, no income. Universities know that, and they just jack up the prices,” Steve says. “I want to live in an educated society…[but] you shouldn’t have to ruin your life to get an education. The fact that you can’t even declare bankruptcy—the only way to relieve the debt is to die—that’s just really messed up.”

Submitting his final payment—paying off six months’ worth of debt in one fell swoop—was rather anticlimactic, Steve says. It took a while to sink in, but once it did, he says, he began to feel like anything was possible.

With the additional income, he began to think he could get his finances on track, so he decided to meet with a financial planner: “Just maybe I’ll be able to retire some day.”

His friends ask him often, he says, whether he’d be upset at a loan forgiveness program, having just paid off so much in student loans. He’s actually quite excited, he says. Though it would “be nice if I could retroactively benefit. But I’m not mad I missed out by a few months.”