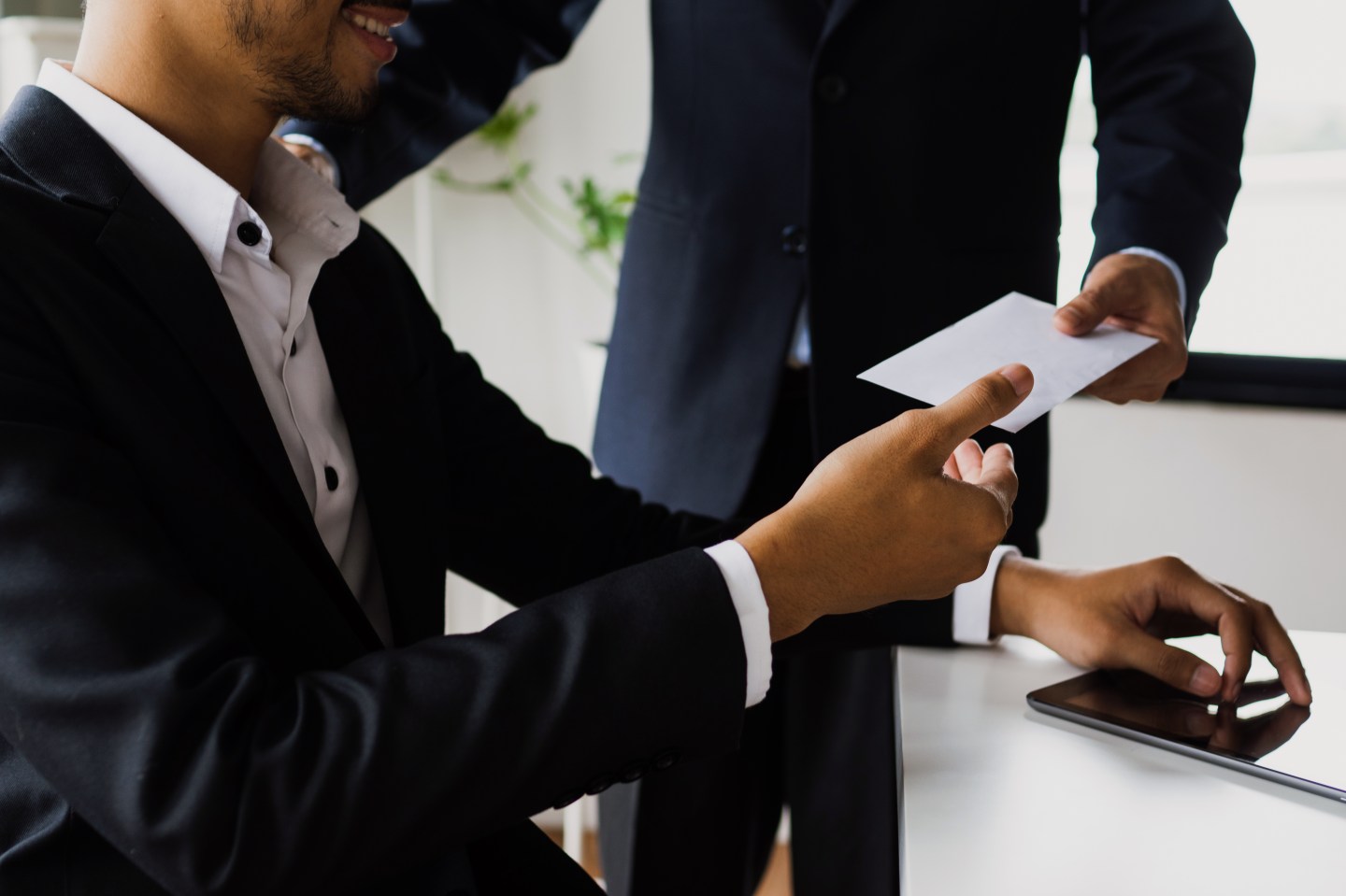 The tech industry and Wall Street beefed up bonuses last year to keep employees during an especially tight labor market. But, this year, that trend may see a huge reversal.

At Twitter, based on Q2 performance, the 2022 total bonus pool is now tracking to 50%, the company said. Twitter reported a net loss of $270 million, or 35 cents per share. This is down from a profit of $65.6 million, or 8 cents per share, a year earlier. The company’s adjusted 8-cent loss is far short of consensus estimates of a 14-cent adjusted profit. Revenue in the second quarter totaled $1.18 billion, a decrease of 1% year over year. Twitter said its bonus pool is calculated based on its performance against annual, board-approved revenue and profitability goals. Twitter CFO Ned Segal’s warning to staff about typical bonuses potentially being decreased was first reported by the New York Times on Friday.

When it comes to the potential for a decline in bonuses this year, “it’s more visible in tech, in particular, and financial services,” Alan Johnson of the compensation consultancy Johnson Associates, told me. Both industries are coming off last year’s historic highs in bonuses, Johnson says.

Johnson Associates’ August report projected that after the second quarter we would see a year-end decrease in incentive compensation across financial services. Investment banking underwriters will most likely see a decrease in bonuses by as much as 45%, according to the report. Meanwhile, asset management professionals and corporate staff might see a decline of 15% to 20%. Depending on the size of their firm, private equity professionals might receive up to a 10% bonus cut.

“It’s a volatile business,” Johnson explains. “Some of those did terrific in 2021. But the revenues have just gone off the cliff in terms of, for example, M&A or underwriting. Bonuses were “abnormally high in 2021; and this year, it’s going to be abnormally low,” he says. The firm calculated the projected year-end incentives on a headcount-adjusted basis based on publicly available data and direct conversations with clients, Johnson says.

I asked him when financial services companies typically conclude they have to start cutting back on bonuses. It varies, he says. “As you get into August and September, you’ve got a pretty good idea how the year is looking,” Johnson explains. “Usually right after Labor Day, firms will very aggressively start to think about how big the aggregate pools might be, and also begin to pencil what [bonuses] would be for individuals.”

Are there areas where bonuses will go up? “Fixed income has benefited significantly from the volatility in the market,” Johnson says. “So, bond traders would be the leading candidate to go up,” he says. “They will go up, but probably much less than they would have if the results of other areas have been better.”

Are layoffs in financial services on the horizon? “Unfortunately, I think so,” Johnson says. “I think most firms feel they’re a little overstaffed. They’ve already started to restrain their recruiting, and they’re going to look at voluntary turnover. But if that doesn’t get them to the numbers they’re looking for, they’re certainly going to have layoffs. By February or March of next year, I think most firms want to be at what they perceive as their right headcount and composition.”

Persistent inflation may be deterring people from leaving their jobs. Eighty percent of respondents of FlexJobs’ Career Pulse 2022 Survey said the decision about whether to look for a new job with a higher salary or negotiate with their employer for a higher salary has been impacted by inflation. Job seeker confidence is trending down, according to the report. When asked how confident they are The majority (45%) are only somewhat confident in their ability to find a new job right now. Just 12% are extremely confident, 26% are very confident, and 17% are not confident at all. The findings are based on a survey of 4,000 professionals.

"The Great Resignation is starting to slow down, but bosses should pay attention to what employees are doing instead," a new Fortune report by Megan Leonhardt, explains that the number of U.S. workers leaving their employer dropped to 4.1% in July, down from 5.9% a year ago. However, while the number of workers actually moving to new jobs has decreased, that hasn’t stopped Americans from continuing to look around for better jobs.

Brad Little was named CFO at DIRTT, an industrialized construction company (Nasdaq: DRTT, TSX: DRT), effective August 23. Little will lead the finance team as DIRTT continues to realign the organization, according to the company. He brings over 20 years of experience in finance with companies including Black Mountain Sand, Cornerstone Building Brands, Willbros, Technip, and PwC. Little is also a published author and co-founder of 84 Phoenix, a non-profit that supports education in underdeveloped areas.

Andrew Steinberg was named CFO at Honor Technology, Inc., a home care network for older adults and technology platform. The announcement comes a year after Honor’s acquisition of Home Instead and Series E funding. Steinberg was previously a managing director at Evercore, where he was focused on M&A and capital markets advisory in the software, AI/ML, medtech, and travel tech markets. Before Evercore, he worked in a global strategy role at Google and as a consultant at Booz Allen Hamilton.

“Expectations of an ongoing surge in inflation in Europe along with the sentiment that central banks will pursue aggressive tightening is making investors extremely anxious.”

—Greg Daco, EY-Parthenon’s chief economist, believes the markets will remain in “a highly volatile environment for the foreseeable future," as reported by Fortune.